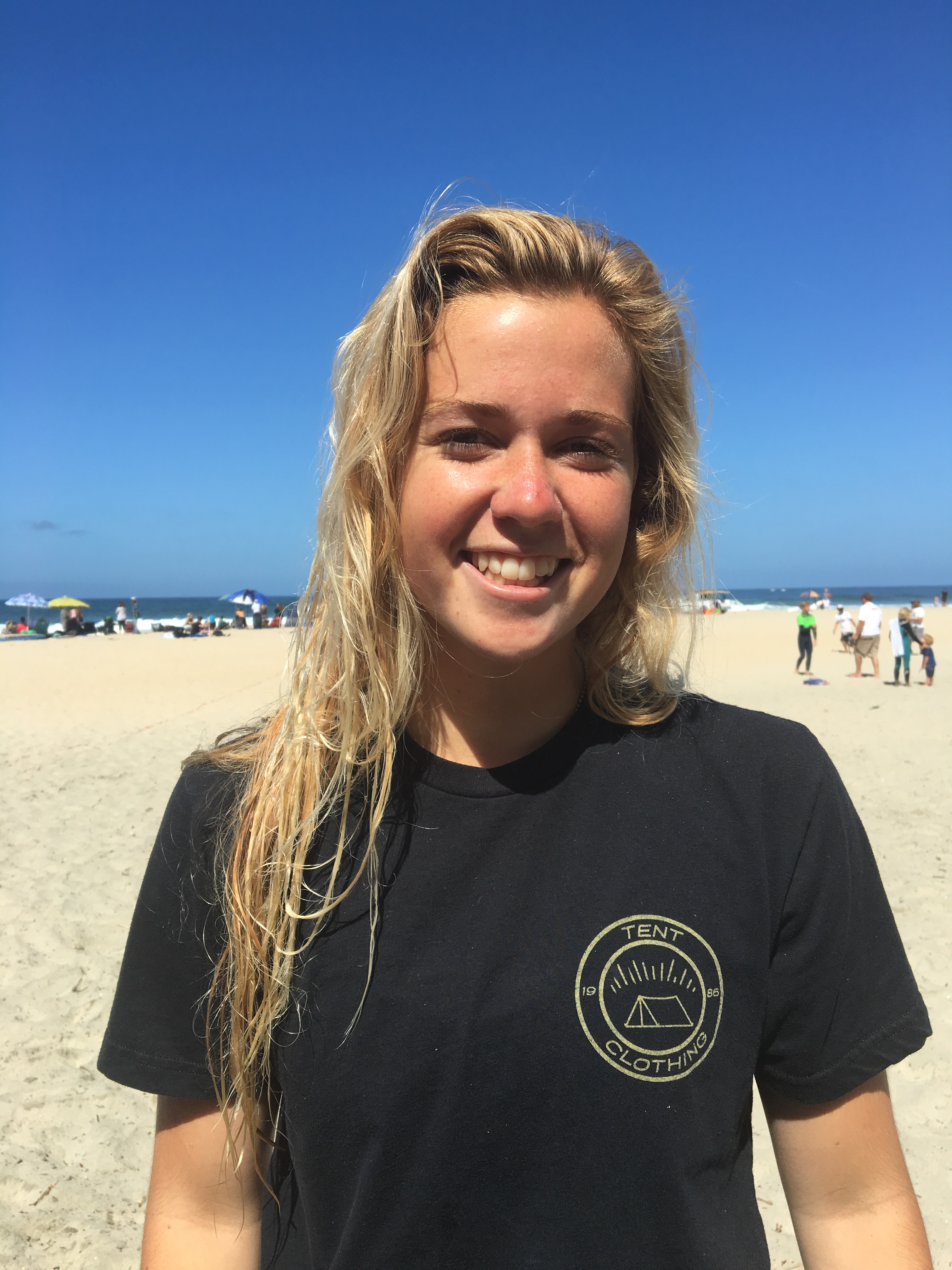 Grom of the Week: Brooklyn Hulse

Brooklyn Hulse, 17, of San Clemente is relatively new to competitive surfing but is already making a name for herself in the Western Surfing Association Championship Tour ranks and as a member of her school team.

Brooklyn, a senior, joined the San Clemente High School team at the beginning of the second semester this year, changing sports from the SCHS varsity tennis team.

Having grown up in a surfing family—her dad George Hulse competed as a pro surfer, and she has two brothers who also surf—Brooklyn began learning to ride waves at an early age but just recently found her passion for the sport.

“My dad taught me how to surf when I was about 10, but I only started loving it and wanting to get better as a freshman,” she said. “I love competing. I’ve always been a competitive person, in tennis and other sports, and I like that it drives me to be better and want to improve. I am hoping to continue competing in college.”

Now in her first year of WSA competition, Brooklyn is currently ranked No. 14 among a field of 34 in Girls U18 Shortboard.

In school, Brooklyn is an A and B student who is planning to attend either Point Loma Nazarene University or Saddleback College in the fall to pursue a course of study that incorporates her interests in athletics and early childhood development.

“I love working with kids,” she said. “I am on the leadership team at my youth group and really enjoy setting a good example for underclassmen and making sure they feel welcomed. I also work at Barre 3, looking after clients’ kids while they work out, and I am going to work at JP Surf Camp during the summer, teaching kids how to surf, so I’m really excited about that too.”

When not concentrating on her studies or working on her surfing, Brooklyn also enjoys skateboarding, beach volleyball and playing tennis with her older brother.

During surf training, with coaching help from dad, Brooklyn is currently working on trying to catch more waves in the first couple minutes of her competition heats and “generating more speed right away when I stand up,” she said.

“I know surfing is going to be something I’ll enjoy for the rest of my life,” she said. “I don’t really know where it’s going to take me over the next few years but hopefully I’ll be on a college team and continuing to progress. We’ll just see where God takes me from there. But it would definitely be my dream to become a professional surfer.”

Brooklyn is known among her friends for her wit, humor, loyalty and Godliness.

“I think trusting in God that everything will work out and knowing that Jesus died for our sins and that our sins are forgiven is important,” Brooklyn said. “More than anything else, my relationship with God is the most important thing in my life.”