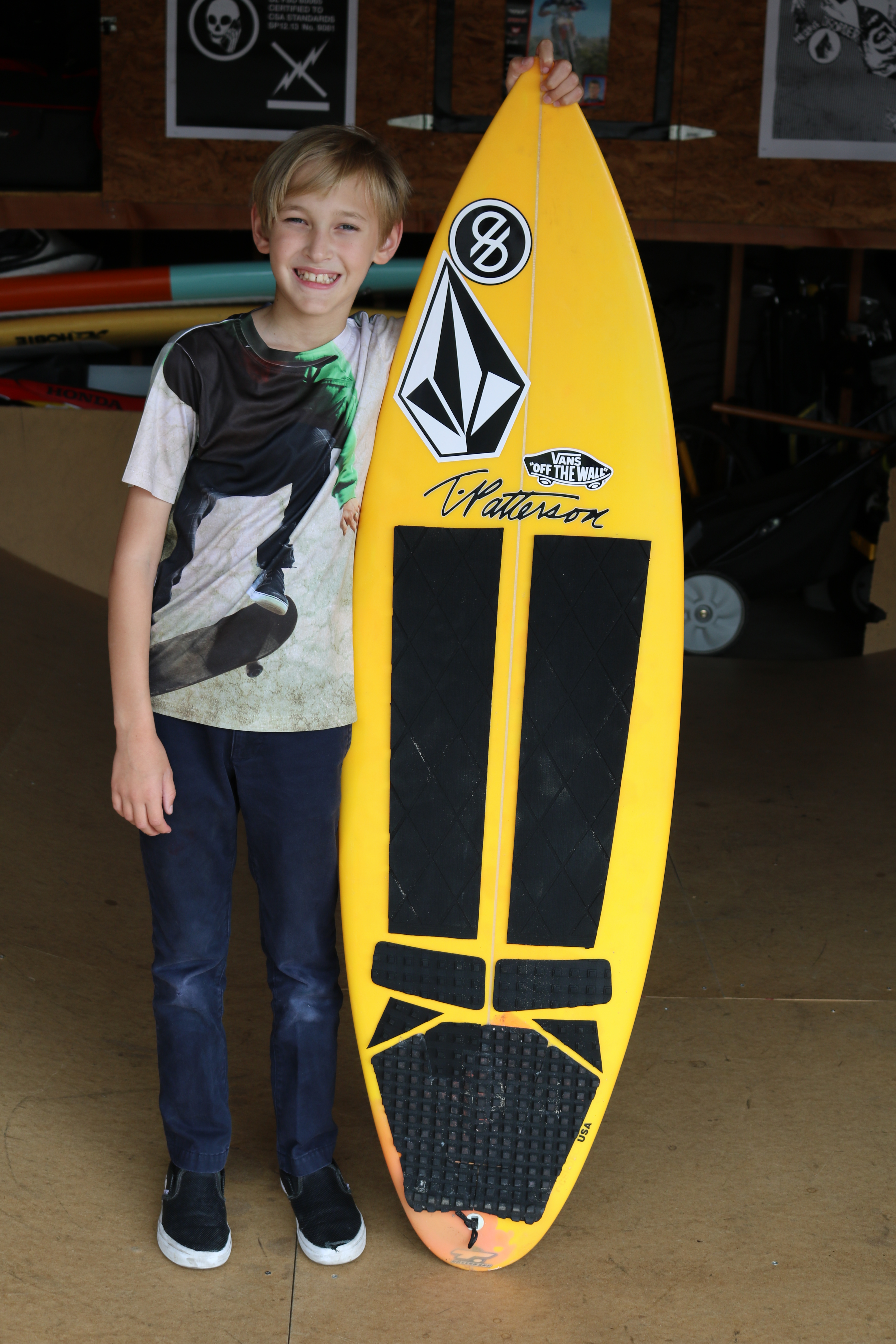 Grom of the Week: Brennan Lee

Dana Point’s Brennan Lee has everything he needs to practice his favorite board sports in his garage: the “grompound.”

In the grompound are two ramp setups on which Brennan, and other neighborhood groms, can ride their skateboards. Hanging overhead are rows of surfboards of varied sizes. They’re sort of a measuring stick in reverse that indicates his growth as a surfer—the shorter the board, the older he was when he rode it.

You’d think a third grader with a setup like this would be gung-ho on taking his surf, snowboarding and skateboarding skills to competitions.

Brennan’s says the first time he got on a board alone was when he was 3 or 4 years old, and it was love at first sight.

“I pretty much liked it and then later on I started doing cool things,” he said.

Brennan’s favorite beach to surf at is Doheny, but his favorite place to chill is Strands. In school, he picks his favorite subjects carefully.

“School… school,” Brennan says. “My favorite subject other than recess, which is not really a subject, is writing and science. Science is a lot of fun.”

Brennan is looking forward to turning 10 in July, and enjoying the warm waters and the soft swells of summer surfing.

But like others his age, surfing isn’t his only grom activity—skateboarding is his favorite, and he’s got the tricks to prove it, and snowboarding is a close second.