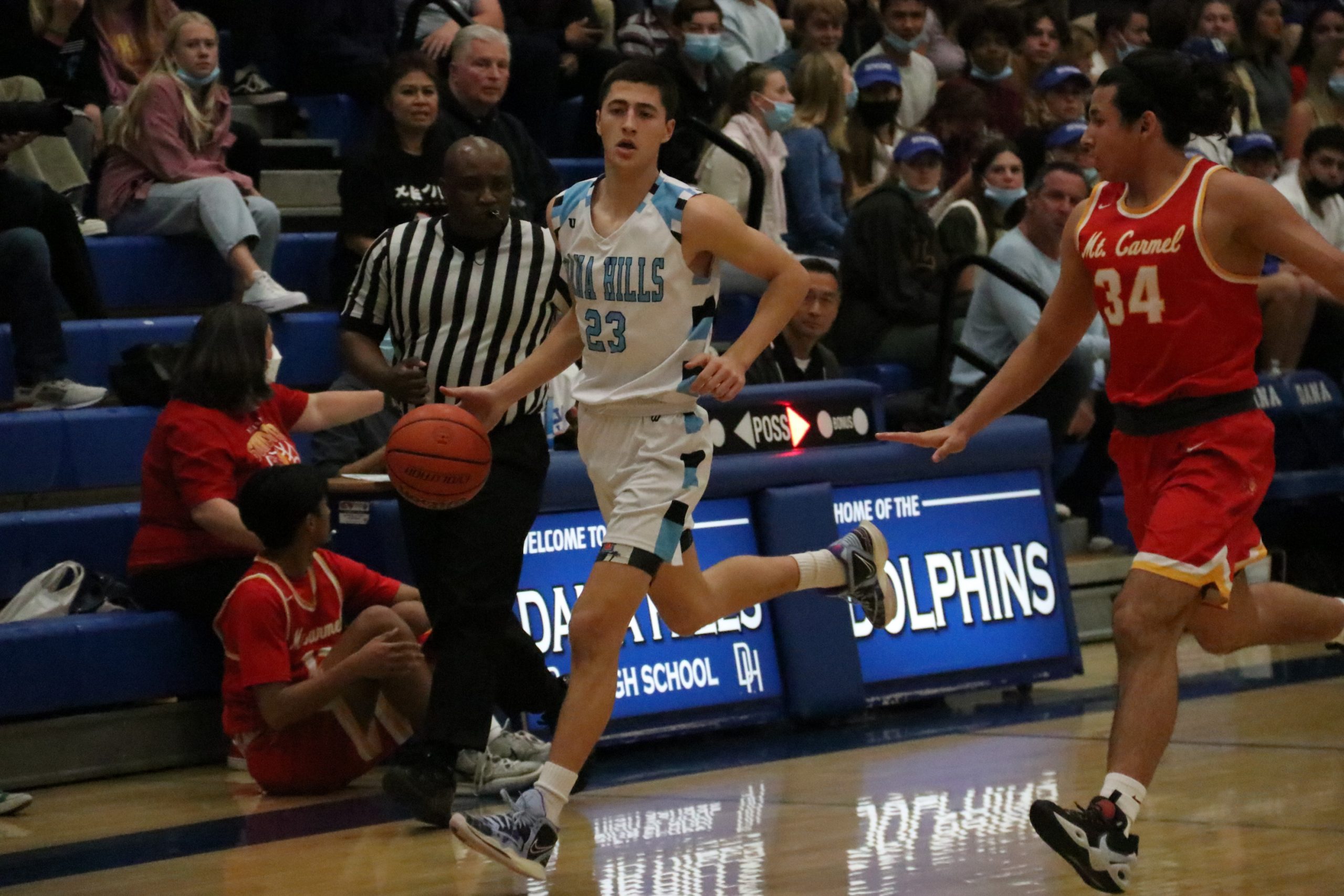 Haugh led the Dolphins to the boys basketball program’s first-ever CIF-SS championship game in the Division 3A final. Dana Hills lost the tight title game, 54-52, but Haugh led the team in scoring with 14 points. When the Dolphins were at their best, Haugh paced them early with hot shooting to establish solid leads.

Haugh led Dana Hills with 22 points against Corona in the second round and 25 points against Long Beach Millikan in the semifinals, including six 3-pointers. Haugh also had a hot start to the Dolphins’ first CIF State Regional playoff game since 2013, but Dana Hills did not advance out of that opener.

Riester helped push the Dolphins girls water polo team to the CIF-SS Division 3 quarterfinals. Riester was Dana Hills’ co-leader in goals in their first two playoff games with four goals against Villa Park and two goals against Elsinore. Riester also added an assist against Villa Park and three assists against Elsinore for five points in each game. In the quarterfinals, Riester scored a five-meter penalty shot late, but the Dolphins fell to Beckman, 6-4.

Riester led Dana Hills all season with team highs in goals (77) and assists (46) in 29 games. Riester was also fourth on the team in steals with 47. In South Coast League play, Riester scored 12 goals and added 15 assists.