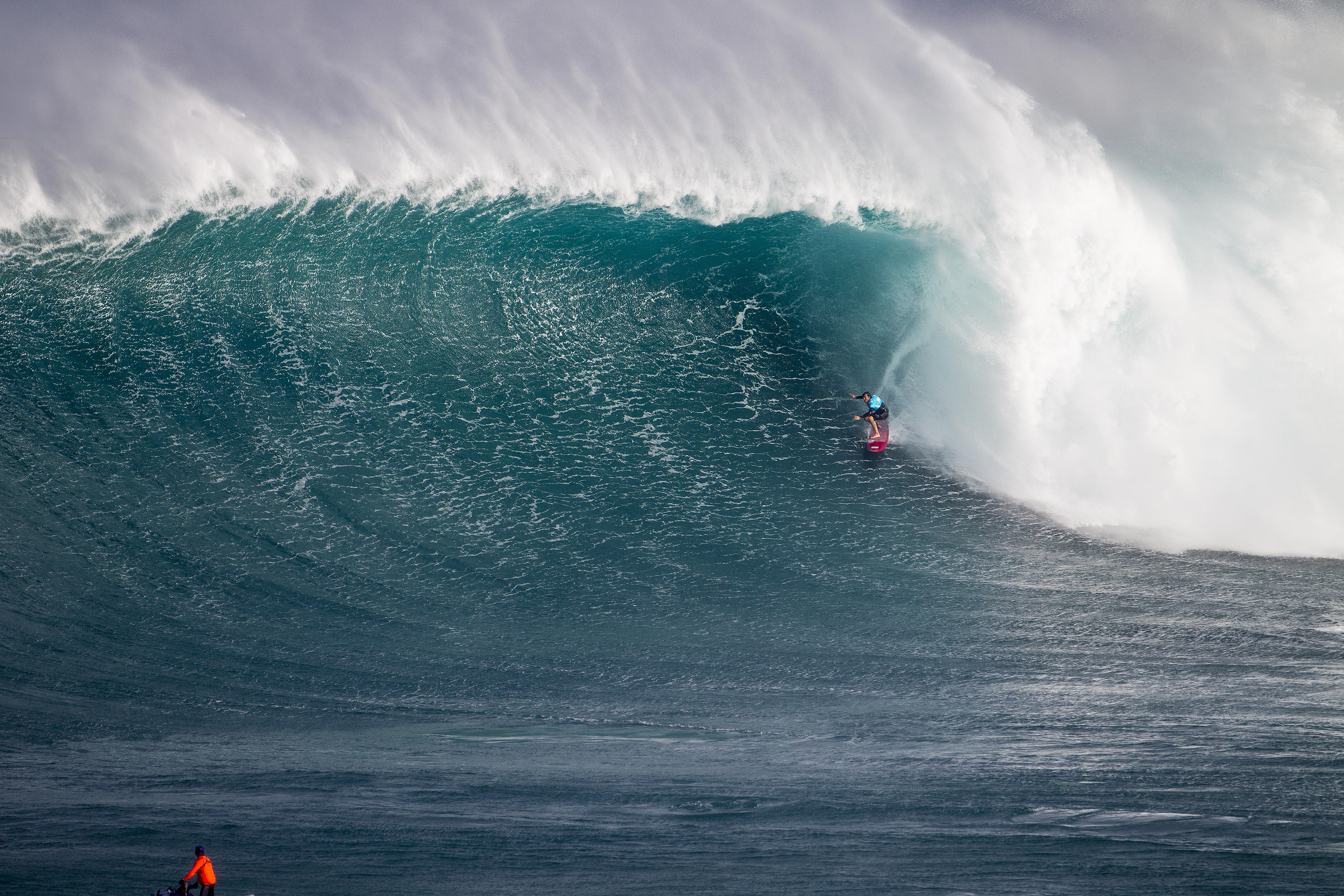 Greg Long said he wasn’t thinking about points or ratings when the World Surf League Big Wave World Tour season started. After missing out on the first event of the season due to injury, he was simply thankful to be able to make the last two events and went into it looking to enjoy the surfing, he said.

On Feb. 29 at Jaws during the Pe’ahi Challenge, his easygoing attitude and desire to have the best time possible doing what he loves—paddling into the world’s biggest waves—paid off in a big way. Long earned the points needed to claim his second WSL Big Wave World Tour title. He earned his first title in 2012.

“Every event and session this year, I wasn’t putting pressure on myself other than to simply go out and enjoy myself as much as possible, which I unquestionably did and in turn had some of the best performances and memorable waves of my life,” he said. “Winning the Big Wave World Tour is a tremendous accomplishment and feels great, but the real gift was the amazing waves I had the opportunity to ride and the incredible friends who I had the opportunity to share them with.”

Although Long missed event No. 1 and didn’t win at event No. 2 at Todos Santos in Mexico or at Pe’ahi, by making the finals at both events he earned 21,266 points for the season to beat last year’s champion Makuakai Rothman of Hawaii by 7,272 points. Hawaiian Billy Kemper, the winner at Pe’ahi, came in third for the season.

Fellow San Clemente-based pro surfer Dane Gudauskas was at Pe’ahi to watch the event. He called Long’s performance amazing and almost superhuman, especially his 9.0 ride—a highlight of the event that saw Long pulling into one of the largest barrels ever in big wave surfing.

“That wave had at least a 50-foot face, maybe more, and was so gnarly,” Gudauskas said. “It was just about as critical and as deep a situation as you could find yourself in, in big wave surfing. It was incredible to see Greg tapping into his years of experience as one of the world’s best. I don’t think many other people could have navigated that wave the way he did.”