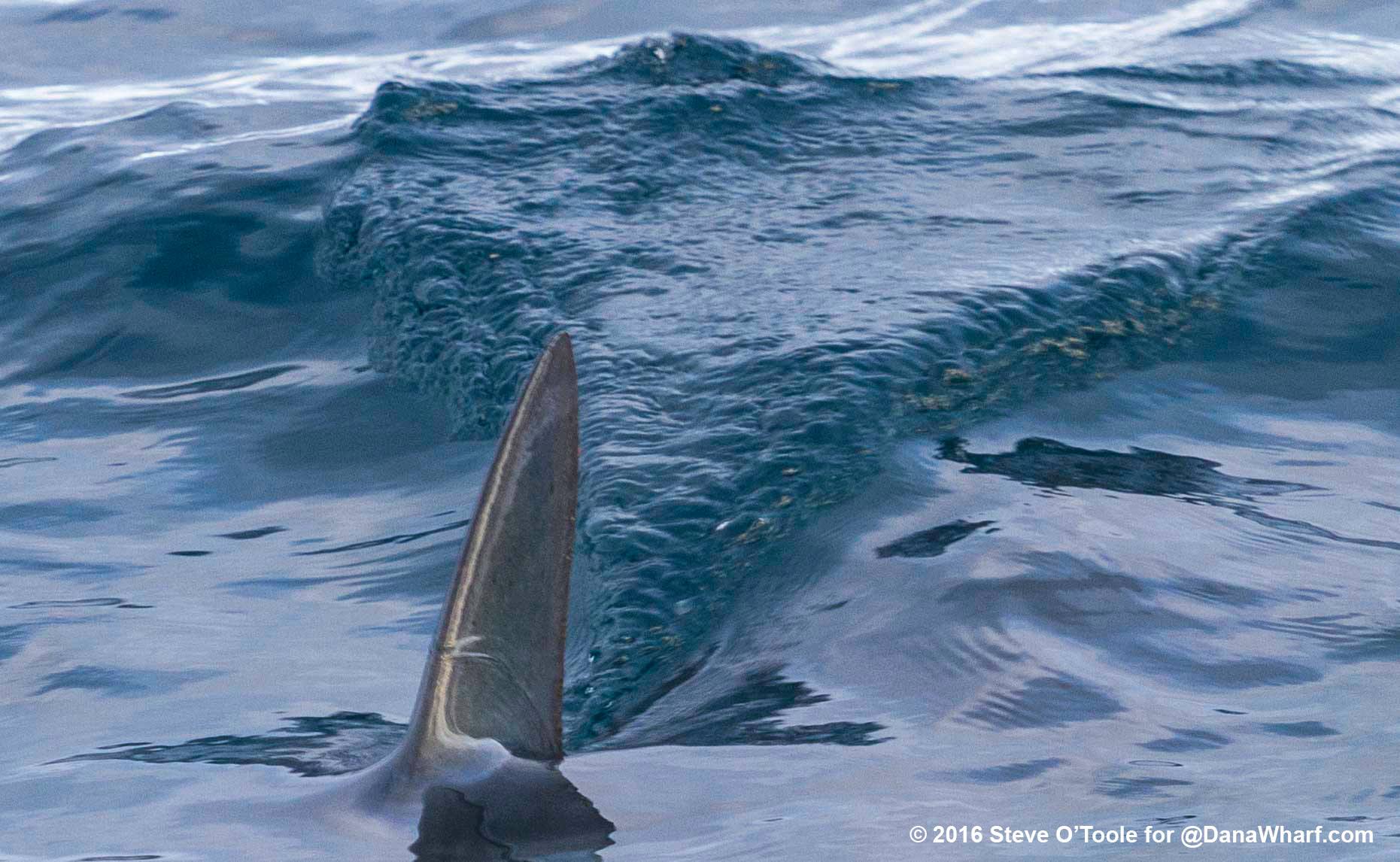 Last weekend, passengers on the Dana Pride got to see an extra animal during a whale watching trip they may not have expected: a great white shark.

Captain Tom White said the shark was spotted about a mile and a half out of the harbor.

“It was really gray out that day, so some of the passengers couldn’t see the body, but I’m higher up so I could see the body and the head,” White said.

He said the shark was about 12 feet long, and said it’s not abnormal to see sharks out in that area.

“There’s a lot of food for them, they’re going to go where the food is,” White said.

He added this year in particular there have been a lot of sightings along the coast.

“They do live here, it’s not like we won’t see them,” White said.