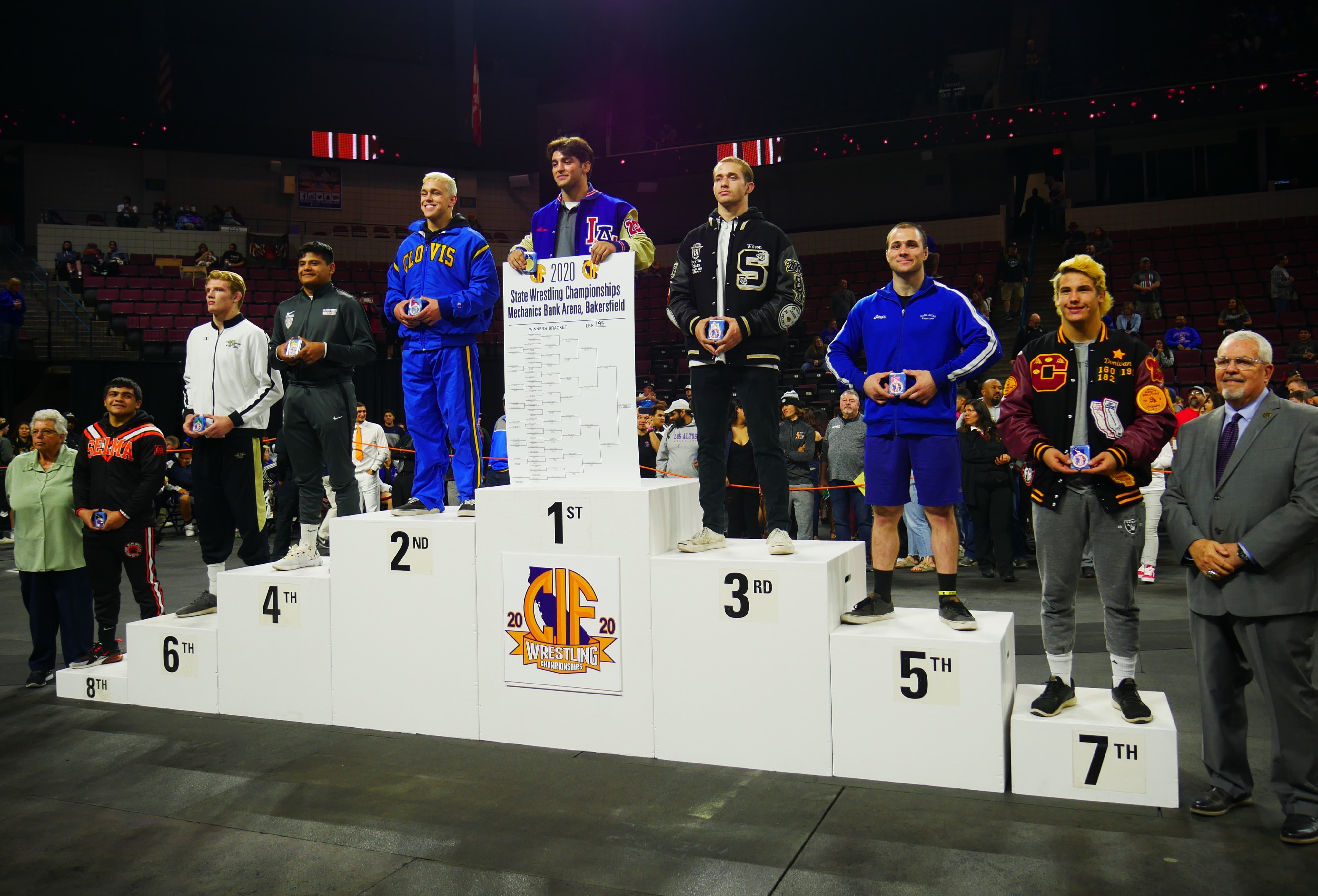 The Dana Hills wrestling season came to a close with two historic performances from Dolphins seniors from Thursday, Feb. 27 to Saturday, Feb. 29 in Bakersfield.

Josh Harkey was the first Dana Hills boys state podium finisher in 13 years, and Layla Donahoe produced the highest placement by a Dana Hills girls wrestler in program history at the three-day CIF State Championships at the Mechanics Bank Area.

Harkey capped off his high school career as one of the most decorated wrestlers in Dana Hills history.

Harkey finished fifth at 195 pounds in the state championships to become the first Dolphin since Bobby Scofield finished third at 130 pounds as a senior in 2007.

Harkey posted two more wins by decision, 6-4 and 7-2, to advance to the consolation semifinals, but the senior was downed by a decision win in a high-scoring match, 21-11. Harkey wrestled for fifth place and took a narrow decision win, 3-2, to claim a victory in his final match for Dana Hills.

In the girls 160-pound bracket, Donahoe placed in the top 16 for the highest girls finish in Dolphins history.

Donahoe claimed her second straight CIF-SS Southern Regional silver on Feb. 15 and finished seventh at the CIF-SS Championships for a second consecutive season to qualify for the state tournament.

At last season’s state meet, Donahoe lost both of her matches, which the senior said was because of a mistake. This season, Donahoe corrected that mistake right out of the gate.

In the consolation bracket, Donahoe got back on her feet with a win by decision, 8-0, but the senior wrestled her final match as a Dolphin in the ensuing round, falling in a one-point decision, 8-7.