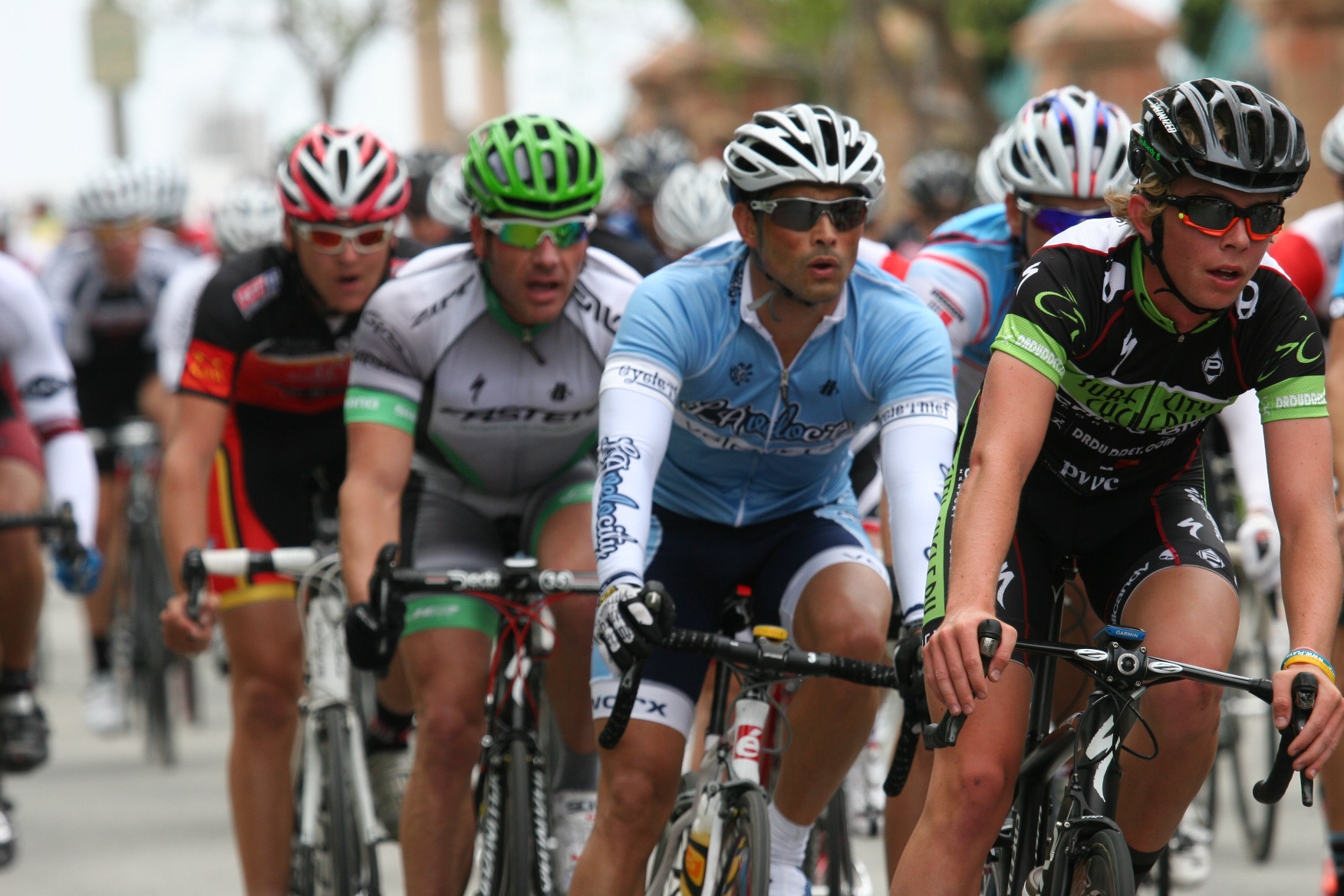 The origins of the Dana Point Grand Prix of Cycling, unofficially, the largest single day criterium bike race in America, can trace its history back to a place where most good ideas come from—a backyard barbecue conversation amongst friends.

Mayor Steven Weinberg was attending an event at his friend and fellow Dana Point resident Roger Worthington’s house when he spied a flag he wasn’t familiar with flying atop his host’s flagpole. It was Worthington’s bike racing team flag. As an amateur cyclist himself, Weinberg’s interest was officially piqued.

After talking shop about cycling, the two had the idea to bring top-level competitive bike racing to the city they were both passionate about. Worthington was running a yearly criterium race in San Clemente at the time and Weinberg, a member of the Dana Point Planning Commission, was eager to bring the sport to his town.

Later that same year the two, along with fellow race organizer and executive director of the Dana Point Community Cycling Foundation Russell Ames, watched with pride as the first installment of the Dana Point Grand Prix of Cycling was held.

“It was a perfect storm … In about seven months we put this race together, along with the help from the city,” Weinberg said.

That was seven years ago.

Since then, the race has expanded from seven categories—ranging from the most basic of amateur race options up to the pro level—to 13. On May 5, the seventh installment of the race will begin, marking the biggest and most extensive version of the event to date.

Ames recalled how the event started with seven categories and 400 participants. By 2011, there were 10 categories. In 2012, an Olympic year, a record 1,031 racers competed in 12 different categories.

As of May 1, 612 riders have registered early to compete. Ames said, historically 15 to 20 percent of the riders sign up the day of, so that number will surely push closer to or exceed 1,000.

“The number of kids who enter, that just gets bigger … The local racers from California who enter every year, that number goes up … The trajectory is upward and to the right,” Worthington said.

The reason for the event’s success has been as organic as the grass on the front lawn of the homes the racers speed past.

“It’s safe to say, criterium racing is like NASCAR on bikes,” Ames said.

The 0.8-mile competition on an L-shaped course is a combination of street and velodrome—an arena for track cycling—racing, where cyclists speed around at speeds upward of 30 mph.

In the buildup to the inaugural, race organizers knew if the idea was going to succeed, the city residents would have to embrace the event. After all, the plan was to shut down the residential streets of El Camino Capistrano, Santa Clara Avenue and Old Golden Lantern as well as Del Prado Avenue to make up the race circuit. Add on the fact that criterium racing was relatively unknown in the area at the time and it starts to paint the picture of how the success of the event hinged on the neighborhood’s reaction. It was a gamble.

“Thankfully the city of Dana Point was very receptive and they really wrapped their arms around it and turned this thing from a pipe dream into a living, breathing, thing,” Worthington said.

Free kids races solidified the Dana Point Grand Prix’s status as a true community event. Kids from Laguna Beach to San Clemente and beyond have taken to the criterium course and turn out in the hundreds to compete. In fact, when Weinberg, Worthington and Ames first hashed up the idea in that backyard, all they were really thinking about was having a pro and a kid’s category at the race. Anything else that came along was just icing on the cake.

The professional cycling community has also taken notice of the event’s growing popularity.

Because of the sheer number of riders and the talent pool that enters the race every year, USA cycling, the sport’s governing body, has given the Dana Point Grand Prix a Tier 1 classification. Tier 1 is the highest rank USA Cycling doles out and of the 25 races on the 2013 National Criterium Calendar, only 10 hold the ranking.

Ames and Worthington, both experienced amateur cyclists, knew that the route of the race would play a role in the pros flocking to compete. Instead of the bleak, flat layouts of industrial parks that criterium races are notorious for, the two envisioned the gradual slope down Del Prado with local businesses and houses serving as backdrops.

“It’s a very fast course … it undulates. The finish line is up Del Prado … Everyone who’s done it crows about how wide it is, how safe it is and how diverse it is and it attracts big crowds,” Worthington said.

The scenery and the atmosphere all play a part in attracting the top racers. The $30,000 combined cash and prize purse doesn’t hurt either. The winner of the top pro race, dubbed the John Johnson Pro Mens Classic, will take home a $15,000 paycheck. Back-to-back defending champion Brad Huff will look to go for a three-peat while fending off top riders, such as reigning USPRO National Criterium Champion Ken Hanson.

After the race concludes, event organizers will immediately begin making plans for next year. But unlike in years past, there won’t be immediate talk of expansion. The 2013 Dana Point Grand Prix of Cycling will be the biggest and most ambitious to date and right now, both Ames and Worthington believe 13 categories is a realistic and manageable number.

The possibility of expanding to two days and increasing the prize purse has been discussed in order to attract more riders, according to Worthington, but that’s a few years down the road. For now, the race will kick off as it always has, with kids, amateurs and pros alike winding their way through the streets of Dana Point, the crowd watching and cheering as they speed by.