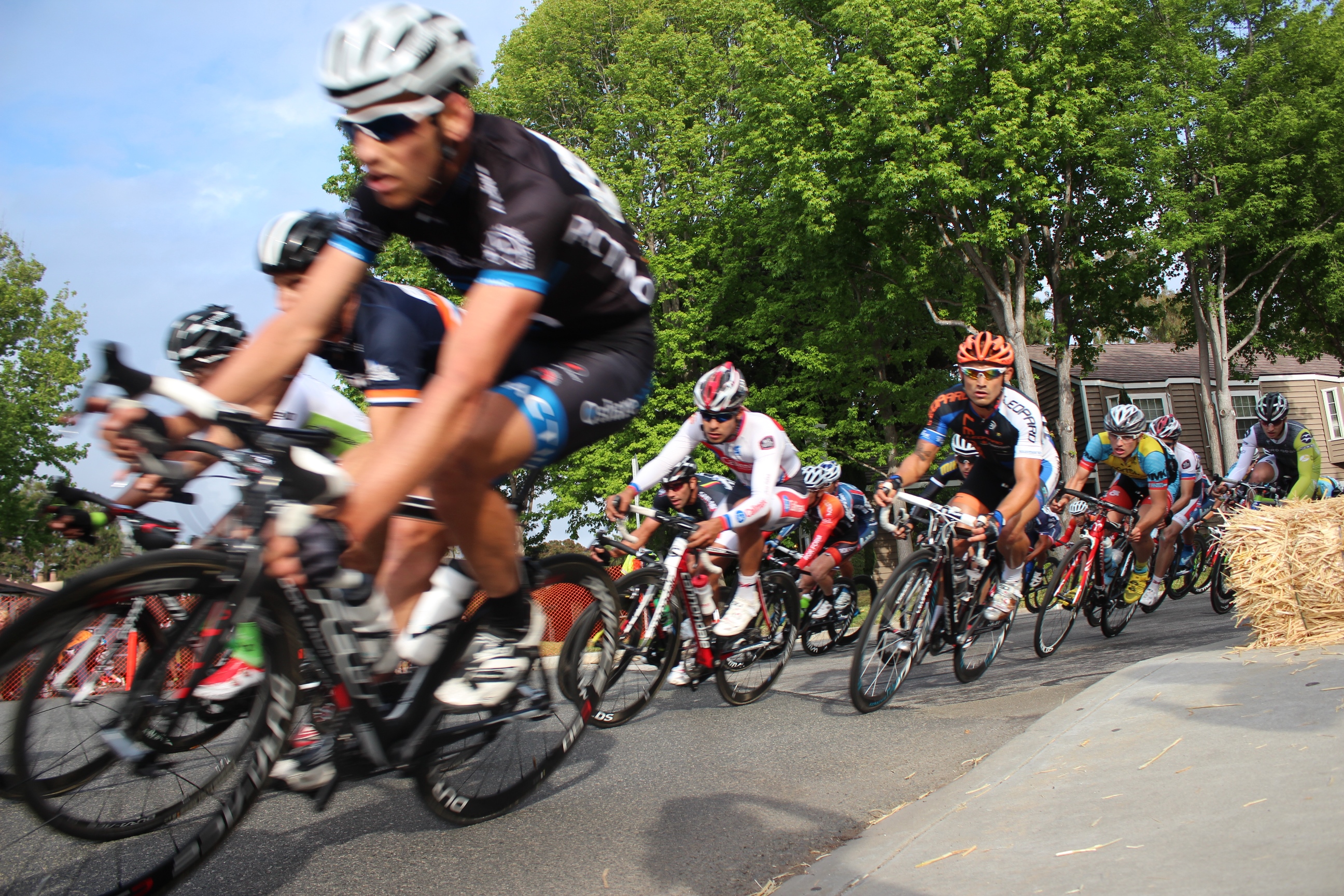 As soon as they came, they raced on through, but their memory will not quickly fade.

After a days-worth of racing through the streets of Dana Point, nationally-renowned cyclists and their up-and-coming counterparts have left their mark on the city.

In its seventh installment, the Dana Point Grand Prix once again drew some of the nation’s top contenders, both past and present—like top seeded criterium racer Ken Hanson and former-national champion John Walsh—to the closed-circuit race down neighborhood streets—in the heart of town. Thousands of spectators lined hay-stacked turns throughout the day as cyclists sped around the L-shaped course from dusk to dawn Sunday.

“The crowd out here is awesome,” said Shane Kline, 24, of Bally, Penn., and winner of the John Johnson Pro NCC Classic race. “I am just really happy to race here. I haven’t been out here … in maybe four years, so I was excited to come back, and I look forward to it again next year.”

This course—unique for criterium racing—saw its fair share of passion as last-lap spills in the Pro NCC Classic ended elite contenders’ podium chances and the day’s earlier kids’ races saw laughter and tears as little ones sprinted to the finish line.

Dubbed the “NASCAR on bikes” by event organizer and executive director of the Dana Point Community Cycling Foundation, Russell Ames, this form of racing sees high race-course speeds as riders whip around the 0.8-mile course in about one minute and 30 seconds.

What began as a backyard promise from one cyclist to another, Mayor Steven Weinberg to Roger Worthington, to bring a street race to Dana Point sever years ago, has manifested into what race-organizers bill as the nation’s largest one-day criterium.

“For most people, their only connection to racing is the Tour de France and bits and pieces of the Tour de California,” Weinberg said. “Many don’t know what they are going to see, but each year we gain another fan.”

Attendees may have seen the race at its peak though this year.

With 13 races—from the kids, women’s, amateur and professional rounds—organizers have found their sweet spot. According to both Ames and Worthington, talks of expanding to a two-day event and increasing the prize purse are still a few years away.

But for now, the race shows no signs of stopping, or slowing for that matter.

For a full listing of results, visit USA Cycling here.

7th Cycle Sees New Victor in Dana Point Grand Prix from Dana Point Times on Vimeo. You can also view this on YouTube.