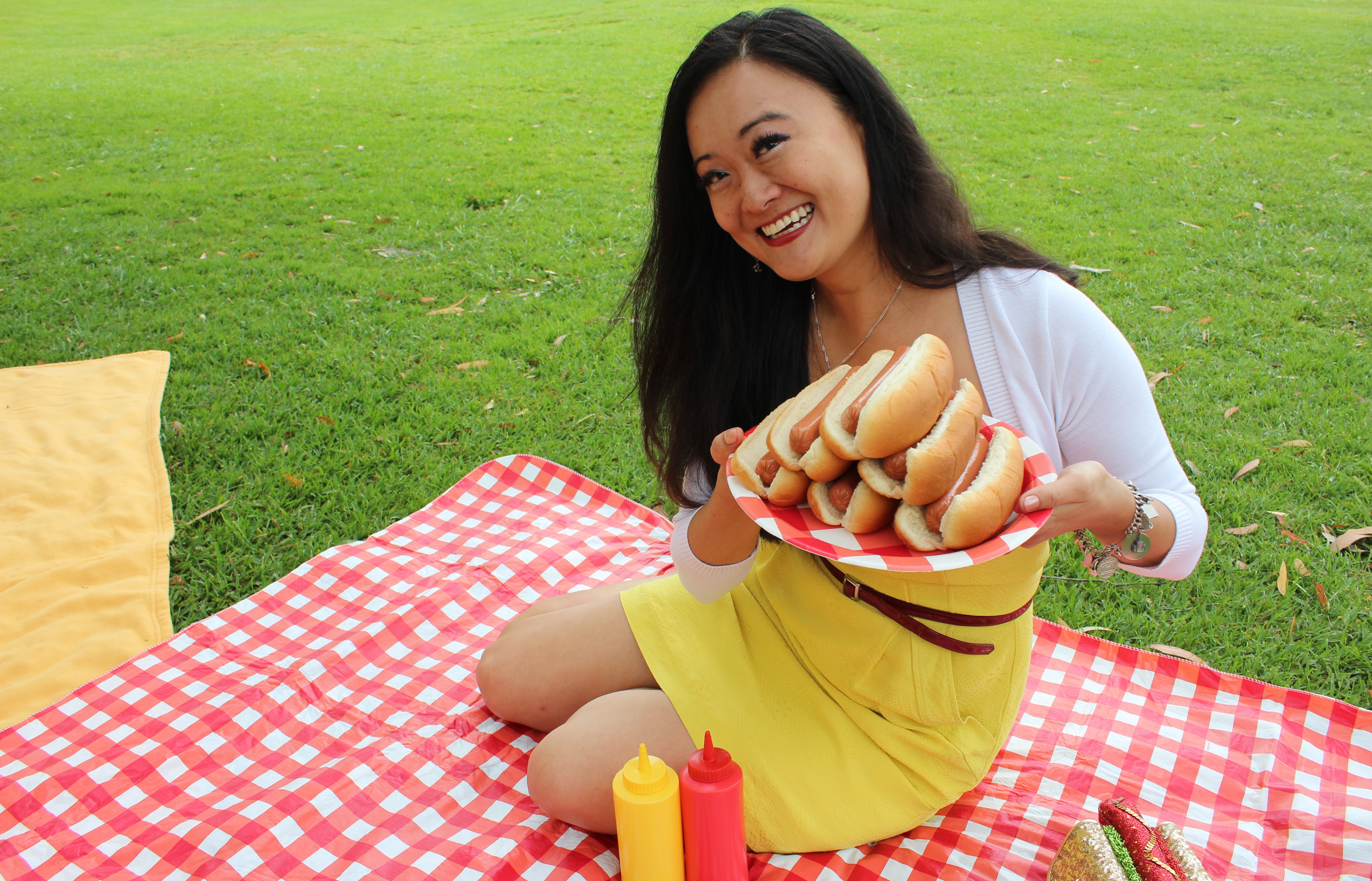 Football’s biggest night of the year may revolve more around the culinary and advertising experiences than the actual game, but the Super Bowl has nothing on the grub-centric sport where competitors have a literal bowl in front of them.

While the world of competitive eating may be a foreign one to most—perhaps limited to small-town pie eating contests—one local woman is making her mark in the field and hopes to be a surprise long shot winner in the near-century-old Nathan’s Famous Fourth of July International Hot Dog-Eating Contest at Coney Island.

On Independence Day, Mary “I Love ‘em Hot” Bowers will compete in the 98th annual summertime eating contest, which regularly draws around 40,000 spectators to the corner of Surf and Stillwell avenues in Coney Island and more than a million television spectators, according to the competition website.

Bowers has shaken the nerves of her rookie foray into the world of competitive eating and now, well into her first full season on the professional circuit, she has her sights set on someday bringing an international title home to Dana Point.

“Last year was just about taking it all in and being a part of the energy,” Bowers said, sitting clad in a ketchup and mustard colored ensemble. “It helps to know what to expect. This year, I really feel like I can concentrate on the eating and on the sport and really give it a good performance.”

Bowers grew up in Greeley, Colo., a town of about 60,000 people some 60 miles northeast of Denver, with lots of corn, cows and festivals, she said. From strawberry to potato fests and vendors slinging every fried food imaginable, Bowers was raised on that small-town Americana feel.

These days—aside from her newfound career as a competitive eater—the former architect turned fashion model turned entrepreneur is self-employed via her company, Eat! Be Mary!, Inc. and designs concepts for food-related costumes, promotional displays and photo shoots.

Now, sitting on the Nathan’s Famous stage, crowds—numbering near the population of her entire hometown—gather just down the street from the famous Coney Island boardwalk in Brooklyn, as she and dozens of other competitors dip, shove and chow down on as many hot dogs as they can within a 10-mintue time constraint.

“Being up there on the stage, it’s exciting but you are really just focused on what you have to do,” Bowers said. “You look out at the audience and they are there, but it is pretty much just you and your hot dogs.”

Bowers’ journey to Coney Island began at a casual hot dog eating contest in Mission Viejo, which she entered on a whim. In May 2011, Bowers was en route to paint a garden gnome at a “paint it yourself” ceramics store and as she passed a The Derby Deli & Dueling Piano Bar, a sign advertising the eating competition sparked her interest. Bowers went inside for information and was handed an entry form.

“As it turns out I wasn’t half bad,” Bowers said. “I made it through their qualifying round with 9.5 hotdogs and buns in 12 minutes.”

But in April 2012, competitive eating’s fashionista became the first-ever women’s wild card participant in the Nathan’s Famous Championship, where she put away 9.5 dogs and buns.

Bowers signed with Major League Eating, the governing body for professional competitive eating—last summer and has since competed in contests around North America, from Peeps and wild boar sausages to kimchee and potstickers.

Throughout her ride to No. 43 on the MLE’s competitive eater rankings, Bowers points to her first competition in Mission Viejo for providing her favorite moment.

Bowers was in the bathroom cleaning up after the contest when a woman and her young daughter approached. The woman looked at her daughter and said, “This woman is really brave because she was the only girl up there with all of the boys. What does that mean to you?” Bowers recalled with tears in her eyes.

“The little girl looked straight at me and said, ‘It means that I can do anything that the boys do … I don’t need to be scared, I can do it too.’

“I was up there doing something I thought was fun, that was kind of silly and I didn’t realize there was this underlying message that resonates with families and children in particular,” Bowers said. “So wherever people find those messages of empowerment and inspiration, it is really cool to be a part of it.”

In the Nathan’s contest, women no longer have to compete among the men as the event has held separate rounds for men and women since 2011.

Separate divisions sound like a great thing for female competitors considering last year’s men’s champion Joey Chestnut of San Jose set the world record at 68 dogs and buns. It is good for women in the sport but Bowers still has a tough road to hoe as the 2012 women’s division winner Sonya “The Black Widow” Thomas won the event after putting down 42.

As Bowers enters her second Nathan’s Famous final, she hopes to set a new personal best and to keep climbing the rankings.

And her personal best is on the rise. She topped last year’s 8.5 hot dogs when she ate 10.5 dogs in the Nathan’s qualifying event in Florida earlier this year.

“Not a lot of people are expecting a lot of me,” Bowers said. “But to me it is kind of like ‘The Tortoise and the Hare.’ I am looking at this as a marathon … and over time, I think you will see me rising up in the ranks and getting better.”

DP TIMES: How do you take your hot dog?
BOWERS: I like mine Chicago style, so a poppy seed bun, with hot peppers and the wild green white relish, tomato slices, mustard, pickle spear and celery salt.

What is the water technique you use for buns in competition?
You kind of have to dunk the bun in order to get those big numbers. Different people drink different stuff. Some drink Kool-aid, which I tried, and it didn’t work. Some use iced tea, which worked for a while, and now I am on to coffee.

What is the most bizarre contest you’ve participated in?
Poutine was the most interesting. It’s a Canadian dish, french fries covered in gravy and cheese curds. I know, it sounds healthy, right? It is great food for after partying, but it isn’t something I want to recommend on a regular basis.

How do you train for competition?
It’s more of a mental game than a physical game. It’s really interesting, because the fans that I’ve met have a really wide range of food issues. For some reason, culturally, we aren’t always able to voice our opinions about food, about nutrition and health. And I have people asking all kinds of really interesting questions on food, like how to get a child to eat this, or I’m concerned that I’m overweight or that I am underweight.

I think being a competitive eater means you have to be pretty confident with yourself, but when I get asked questions it gets my mind thinking, well what are the things that I am less sure about. And so you have to work through a lot of that, and I think that goes from the top eater in the league to the bottom.

I don’t sit down with mass quantities of food. Training is more of the overall picture of OK, how many calories am I eating and how much am I exercising? It’s the whole picture of how it goes together.