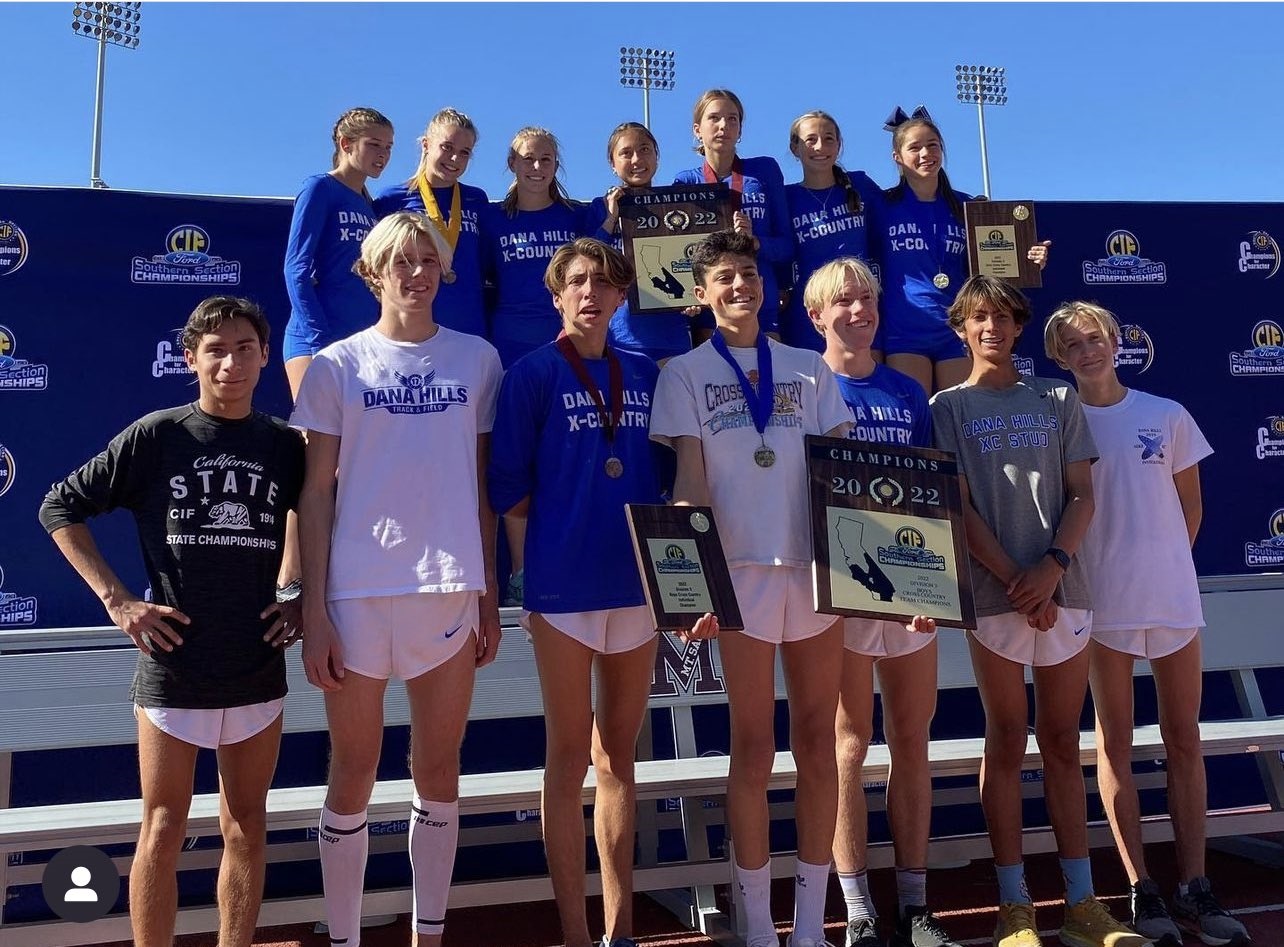 The Dolphins won both Division 3 team championships and both individual championships with winning runs by Allura Markow and Evan Noonan to run away with a handful of hardware last Saturday, Nov. 19, at Mt. San Antonio College in Walnut.

Saturday’s runs also marked the 15th top-two finish for the Dana Hills boys and the seventh for the Dolphins girls.

Both teams now move on to the CIF State Championships this Saturday, Nov. 26, at Woodward Park in Fresno. The Dana Hills boys will look for their first state title since 2009, and the girls will run for their first since 2008.

Markow paced a dominant effort for the Dana Hills girls at the CIF-SS Finals, as the Dolphins placed four runners in the top 15. Dana Hills beat runner-up South Torrance, 52-110.

Markow, a senior, led the way with a seven-second margin of victory to take the CIF-SS title at 17:31 in the 2.93-mile race. This is Markow’s third CIF-SS championship overall to go with two CIF-SS track titles in the 3,200-meter run.

Noonan led the Dana Hills boys with a 10-second margin of victory for the Division 3 title. Noonan, a sophomore, won the 2.93-mile race at 15:03.

For other local teams, the San Clemente boys, who beat out Dana Hills for the South Coast League title and won back-to-back Orange County Championships, won their first CIF-SS title with a tight finish in Division 1. JSerra’s girls also took the Division 4 title, and St. Margaret’s boys were runner-up in Division 5.