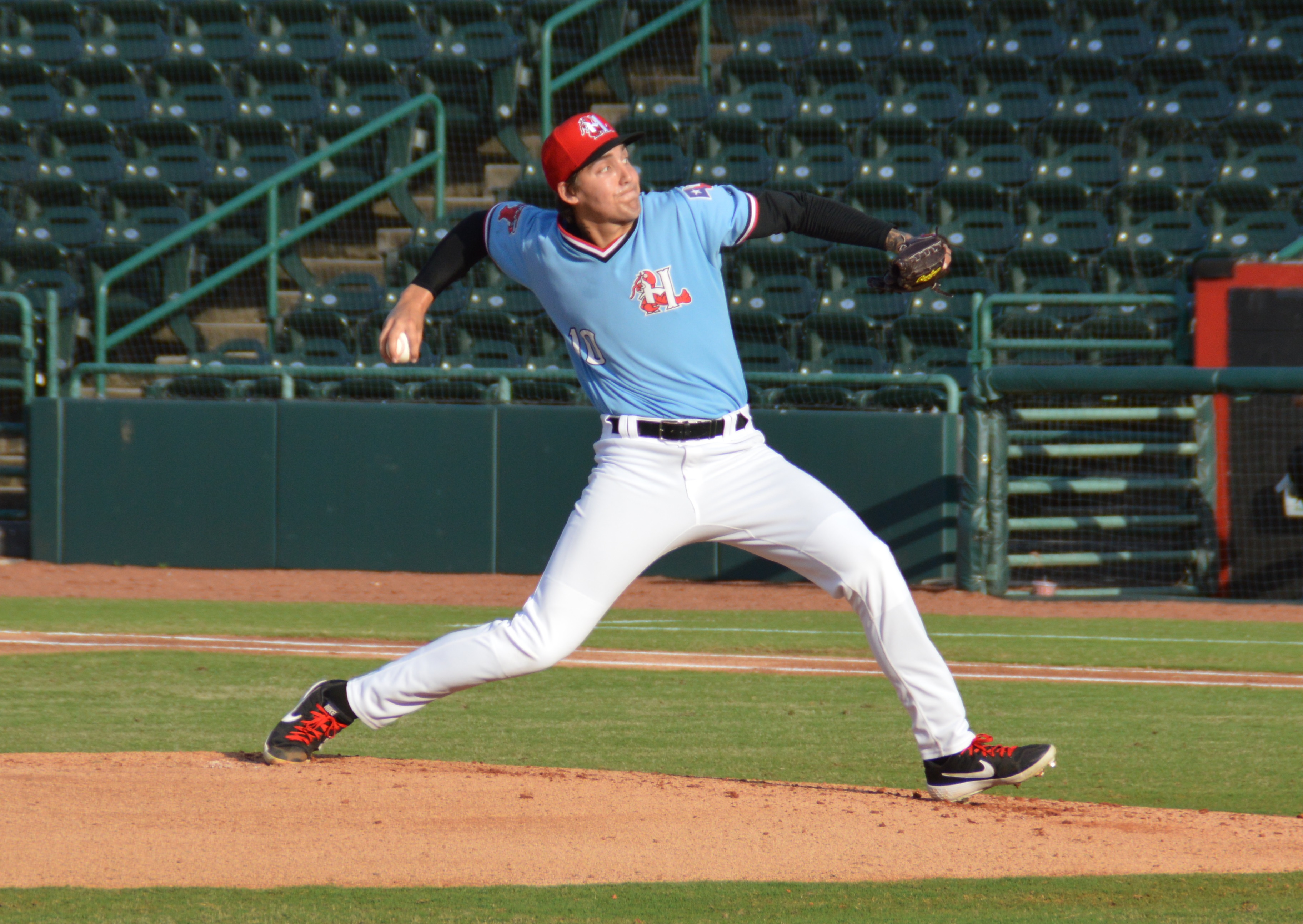 Going Pro: Checking in on Former Dolphins in Professional Baseball

With summer in full swing, perfect baseball weather is now upon us in Dana Point and all over the country.

Let’s check in on some former Dana Hills Dolphins battling through the ranks of professional baseball:

The 20-year-old right-hander is still the No. 1 prospect in the Texas Rangers system, despite a quick stint on the injured list this season.

Crouse, DHHS 2017 graduate, is dealing with a bone spur in the back of his pitching elbow. The spur will be surgically removed after the season.

“We’ve discussed it with multiple doctors and they have assured us there is no extra risk,” Rangers general manager Jon Daniels told the Dallas Morning News. “He wanted to get some innings in this year. We all wanted to not lose the season if it could be avoided. We will get it cleaned up after the season and he will be ready to go for spring training. It’s not that dissimilar from things that a lot of guys pitch through.”

Crouse is not on a specific innings limit nor is there an innings goal, but he is limiting the amount of sliders thrown due to the spurs. Crouse only had two starts between May 8 and June 23 while on the injured list for the bone spur.

This season with the Class A Full-Season Hickory Crawdads, Crouse is 2-0 in 10 starts with a 2.82 ERA and 42 strikeouts in 44 2/3 innings. Crouse threw four scoreless innings on just 44 pitches in his last outing on June 29. Crouse received a no-decision against the Columbia Fireflies but allowed no runs or walks with only four hits.

The 22-year-old infielder is in his fifth season in the Philadelphia Phillies system and has consistently moved up each year.

This season, Williams is in AA with the Reading Fightin’ Phils of the Eastern League. Williams, 2015 DHHS graduate, is listed as third baseman, but has played more games at second base (32 versus 22 third-base games) with stints at shortstop and all three outfield positions.

Williams has a perfect fielding percentage at second base with 15 double plays and 64 assists. Williams has three errors at third base and five at shortstop. Williams is hitting .194 with a .310 on-base percentage, five home runs and 22 RBI.

The 25-year-old infielder is his fifth professional season and his first in a new organization.

Maris, 2011 DHHS graduate, was signed as a free agent by the Tampa Bay Rays in 2015 out of UC Santa Barbara and stayed in the Rays system until last December. Maris was put on waivers by the AA Montgomery Biscuits and claimed by the AA Richmond Flying Squirrels of the San Francisco Giants system.

After extended Spring Training with the Giants, Maris began the season with the Advanced-A San Jose Giants. Maris hit .296 with four doubles, two triples, four home runs and 16 RBI in 29 games in San Jose. Maris was assigned up to Richmond on June 24.

In six games in Richmond, Maris is hitting .278 with one double and three RBI.

The 23-year-old left-hander has moved around a fair amount in his seven-year professional career.

Taylor, 2013 DHHS graduate, is on his eighth minor-league team with the AA Binghamton Rumble Ponies in the New York Mets system. Taylor has no decisions in six appearances in Binghamton with a 1.64 ERA and 17 strikeouts in 11 innings pitched.

The 22-year-old catcher is in his first full professional season after being drafted out of the University of San Diego by the Cincinnati Reds in the 2018 seventh round.

Schuyler, 2015 DHHS graduate, is currently with the Class A Full-Season Dayton Dragons. Schuyler has posted a .255 batting average with 11 doubles, a triple, two home runs and 31 RBI in 69 games.

Last season with the rookie Billings Mustangs, Schuyler hit .272 with six doubles, a home run and 23 RBI in 58 games.

The 21-year-old right-hander is also in his first full professional season after being drafted out of Seattle University by the Miami Marlins in the 2018 18th round.

Wolf, 2015 DHHS graduate, throws for the Class A Full-Season Clinton LumberKings. In 16 appearances, Wolf currently has a 3-1 record with four saves in eight opportunities, a 5.40 ERA and 18 strikeouts over 18 1/3 innings.

Wolf split last season between the Class A Short-Season Batavia Muckdogs and the Class A Full-Season Greensboro Grasshoppers.

The 22-year-old catcher is the third Dolphin alum in his first professional season. Clawson was drafted out of BYU by the Los Angeles Angels in the 2018 37th round.

Clawson, 2016 DHHS graduate, is with the rookie advanced Orem Owlz. In 13 games, Clawson has a .164 batting average with two doubles, a home run and eight RBI.