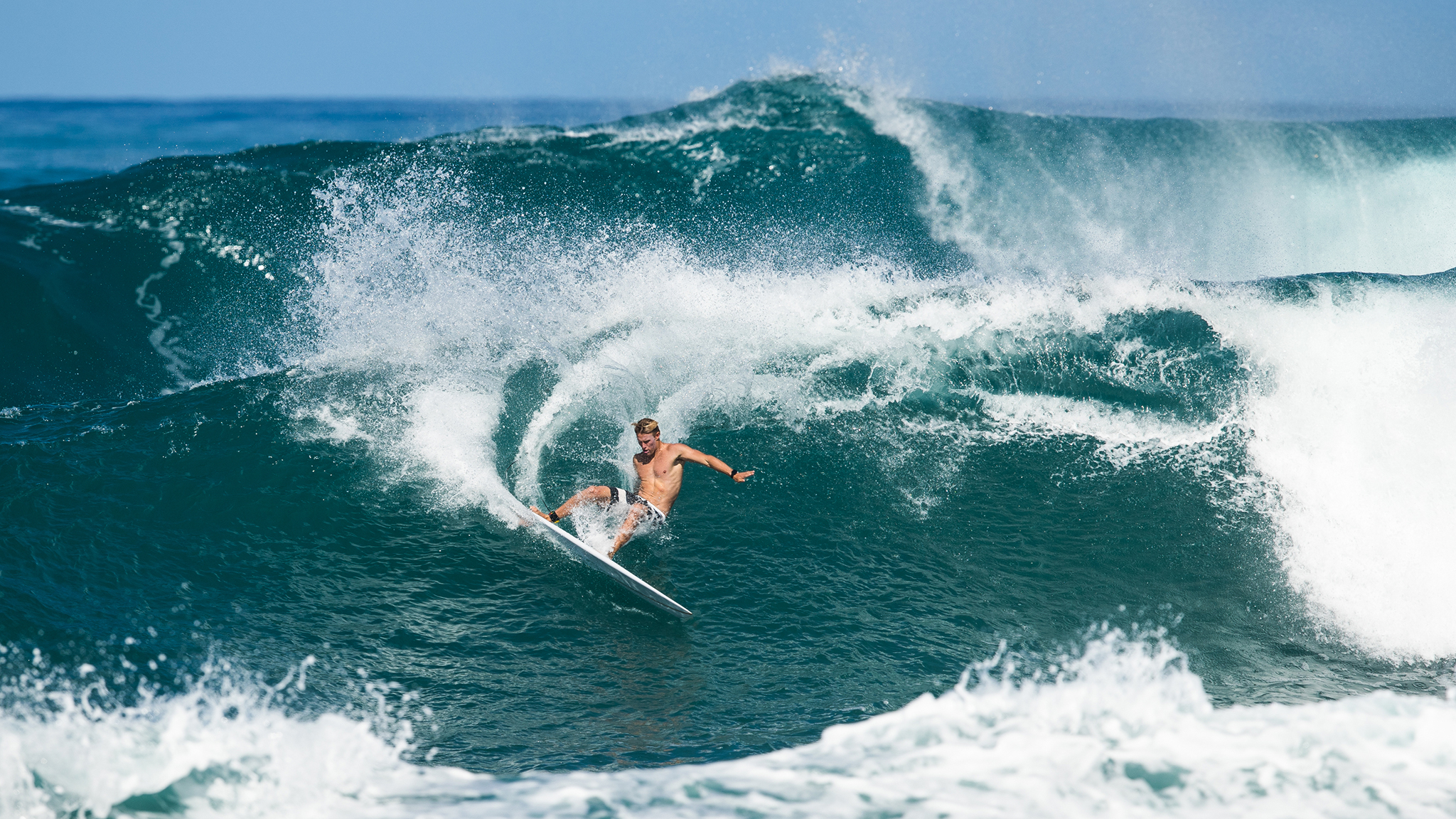 Giddy on the Goldie: Local pros ready to make their mark as 2018 WSL Championship Tour season gets underway on the Gold Coast of Australia

It’s almost here. The debut event of the 2018 WSL Championship Tour season, the Quiksilver Pro Gold Coast, kicks off on Sunday, March 11, and we’ve got three big reasons to watch.

This year, South Orange County has three surfers on tour: Kolohe Andino, Pat Gudauskas and Griffin Colapinto. Big things are expected from the trio but for very different reasons. Andino first qualified for the Championship Tour back in 2012, and while his surfing and heat strategy have definitely matured in recent years, it’s fair to say he’s had a few ups and downs throughout his time on tour. In his early years, he was still developing physically, then he was sidelined with injuries, but in the last couple of years, he’s come into his own and he’s consistently been finishing the year in the top 10.

“For me, the biggest thing is my attitude,” Andino said. “I started watching these guys that are really successful on tour, and when they would lose they wouldn’t live or die by every result. You just sort of have to remind yourself that you did the work and that it’ll all work out.”

Andino’s been pegged as a world title contender for years. He’s healthy. He’s in a good head space. He’s got his friends on tour with him, and 2018 could be the year he puts all the pieces together.

For Gudauskas, the 2018 season means a return to tour life. In 2013, he fell off tour and has been fighting tooth and nail to get back to surfing’s main stage ever since. He qualified again at the very end of last year and isn’t taking anything for granted this time.

“Pat’s going all in. Tanner and I will be there to help and give him the support he needs. He’s psyched, he’s focused, it’s going to be a great year,” said Pat’s brother Dane Gudauskas.

Finally, there’s rookie Griffin Colapinto. As the new kid on the block, people are expecting big things from him. He’s teamed up with former world tour ace Jake Paterson to help with the coaching responsibilities and he’s been getting back into the competitive groove in the early stages of the Australia leg of the WSL’s Qualifying Series. He’s recently dropped a few attention-getting video clips that are only adding to the anticipation.

The waiting period for the Quiksilver Pro Gold Coast starts March 11. The contest will take place at Snapper Rocks on Australia’s Gold Coast. Tune into www.worldsurfleague.com to catch it all live.