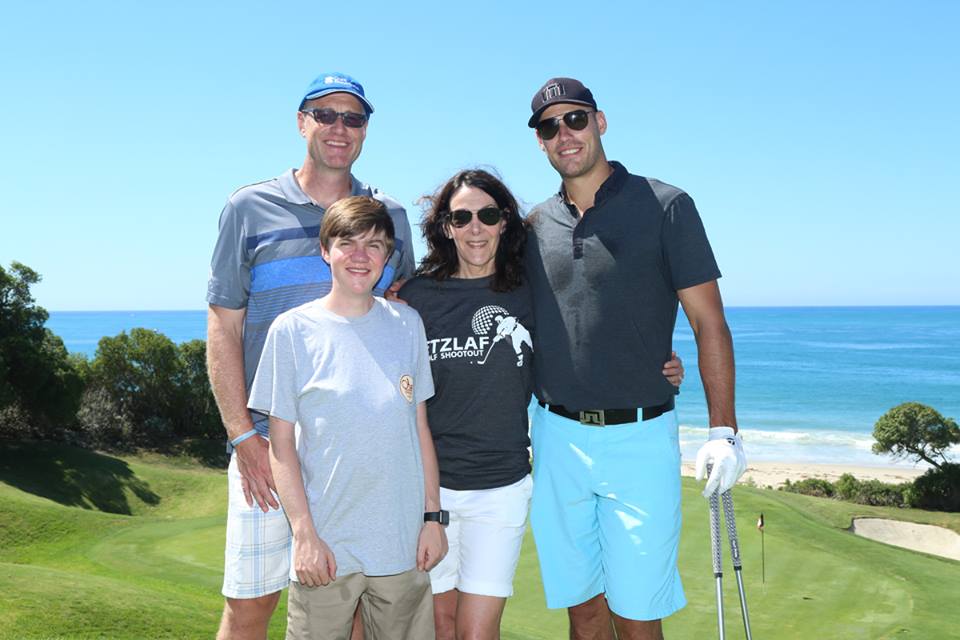 The fifth annual Getzlaf Shootout golf tournament took place at Monarch Beach Golf Links on Sept. 15. The annual charity event, put on by Anaheim Ducks captain Ryan Getzlaf and his wife Paige, raises money to fund the nonprofit CureDuchenne, which is trying to find a cure for Duchenne muscular dystrophy.

Duchenne muscular dystrophy is a genetic disease that causes muscle degeneration and affects more than 300,000 young boys around the world.

The Getzlaf family took up the charity cause after a meeting with Hawken Miller, a Southern California resident who has Duchenne muscular dystrophy. Miller, who is now 18 and about to begin studying at USC, was on hand at the tournament.

“Knowing that Hawken and thousands of boys with Duchenne lose muscle has inspired me to not take one single practice or game for granted,” Getzlaf said in a press release. “I think of Hawken out on the ice and it makes me play harder. He inspires me.”