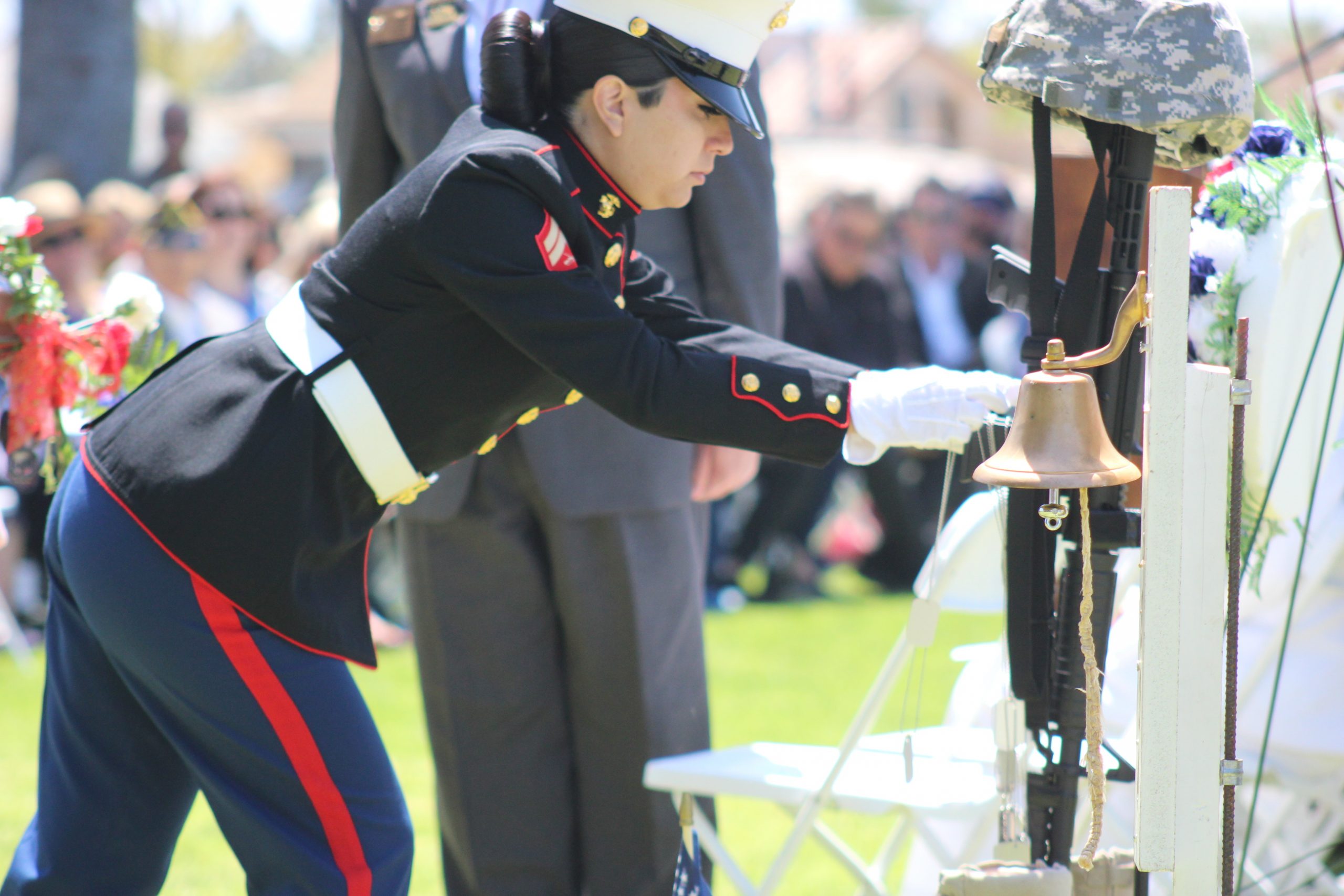 Photos and Text by Breeana Greenberg

Orange County Supervisor Lisa Bartlett and Rep. Mike Levin presented the Veterans of Foreign Wars Post 3394 with commendations and proclamations for the group’s continued dedication to the county’s veterans.

As the sixth largest county in America and the home of nearly 130,000 military veterans, Bartlett announced that a veterans cemetery would soon be coming to Orange County.

The ceremony gave special recognition to the 13 servicemembers who died in a Kabul airport bombing while U.S. troops were withdrawing from Afghanistan last year. Dana Point Veterans of Foreign Wars Auxiliary members set bouquets of flowers at the base of the Boots and Rifle display while Marines hung dog tags on the rifle.

“Today, we’re here for one reason and one reason only, to give honor and thanks to those men and women who paid the ultimate price for our freedom,” VFW Commander Ricardo Jauregui said.

Headquarters and Headquarters Squadron Commander Lt. Col. Frank Savarese shared stories of the first and last losses he experienced in the Marine Corps.

“I share these stories with you to bring closure to what this day really means,” Savarese said. “Yes, it is a day of remembrance, it is a solemn day … Visit the graves of the fallen, honor them, cherish their sacrifice. Let’s celebrate their memory, toast their legacy with parties, with barbeques, with gatherings.”

Classical trumpeter David Longoria performed “Taps,” at the closing of the ceremony along with a rifle salute.