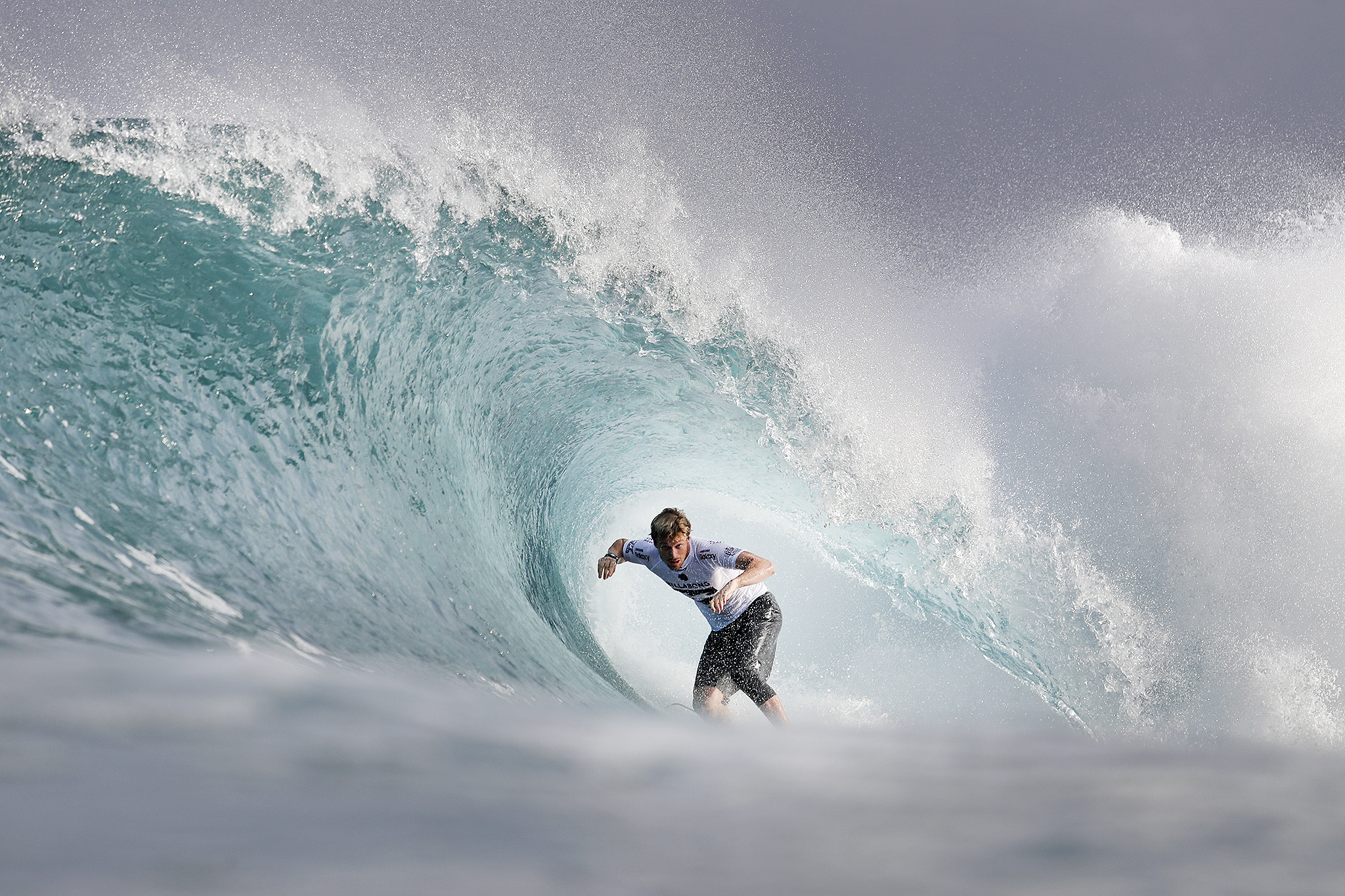 It’s Been Fun: Cheers to a lot of accomplishments in 2016, but let’s not forget those that paved the way

As we wrap up another lap around the sun, there are a lot of fun, little surf stories to highlight. Starting things off, world tour stalwart Kolohe Andino just finished third at the Pipeline Masters. Facing Gavin Beschen, one San Clemente’s more venerated surfers, in Round 2, he held on to win the heat and surfed brilliantly all the way to the semifinals before falling to eventual winner and good friend Michel Bourez from Tahiti. The result carried Andino to fourth on the WSL Championship Tour. It’s the highest finish on the world tour for a surfer from San Clemente since Shane Beschen (Gavin’s brother) finished second in 1996.

Tanner Gudauskas just missed out on qualifying for the 2017 WSL Championship Tour after a very respectable run this year. Needing to finish in the top 10 of the WSL Qualifying Series (QS), Gudauskas ended up ranked 14th. A bit disappointing for the Positive Vibe Warrior co-founder, but it still puts him in a great position for next year. If a couple of surfers retire, get sidelined with injury or are forced to withdraw for one reason or another, the chances are strong that at some point during the upcoming season he’ll get called up into the big leagues. And when it comes to making another push on the QS, he’ll have the benefit of being one of the highest seeded competitors in the draw whenever he surfs. Tanner’s brother, Patrick, finished the year ranked 29th on the QS, which should also help him next year if he decides to try and qualify for the tour again. And young Griffin Colapinto ended up 32nd.

As reported last week, San Clemente’s Tory Gilkerson just won the WSL Women’s World Longboard Champion. And when it comes to the groms, Kirra Pinkerton can’t help but win every amateur contest she enters, while Kade Mason, Jett Schilling and their little posse are poised for greatness in the months and years ahead. Needless to say, it’s been a banner year for the local talent.

Looking Back at a Local Namesake

Most surfers in the area know the name Basilone because it’s the exit on Interstate 5 one takes to access Trestles and San Onofre. Every year, literally hundreds of thousands of surfers from around the world make the pilgrimage to Basilone, their only thought the waves that await them. But to end the year, a quick history lesson lest we forget the sacrifices of those that have paved the way for the freedoms we enjoy today.

John Basilone was born in Buffalo, New York, in 1916. He first enlisted in the United States Army in 1934, serving in the Philippines. After being discharged and working as a truck driver for a couple of years, Basilone grew restless and enlisted in the Marine Corps in 1940. When the Japanese attacked Pearl Harbor his plans (and fate) took him to Guadalcanal as part of Dog Company, 1st Battalion, 7th Marines.

The Marines landed on Guadalcanal on August 7, 1942, quickly securing a Japanese airfield. For the next six months the Japanese put up a stiff resistance, committing savage nighttime raids in hopes of regaining their prized airfield. On October 24, 3,000 soldiers from the Japanese Sendai Division launched a brutal campaign against the Americans. Basilone’s men maintained a solid defensive position. During the initial Japanese surge one of his machine gun installments was overtaken. Being a man of action, he grabbed a spare machine gun and filled the gap. When his team began to run low on ammo, Basilone braved the overrun supply lines, using his .45 sidearm to defend himself from Japanese soldiers at pointblank range.

For two days the battle raged. Without food or rest Basilone and his men fought on. When the smoke finally cleared, they had laid waste to an entire Japanese regiment. For his heroism, Basilone was awarded the Medal of Honor.

When he returned home from the war, Basilone took a job selling war bonds, but again quickly grew bored. He transferred into 1st Battalion, 27th Marines in preparation for the upcoming invasion of Iwo Jima. Once in the combat zone, he found himself in a serious predicament when his unit was pinned down. True to form, he took decisive action. Basilone button-hooked around the Japanese position and destroyed them using hand grenades. He then helped a Marine tank through an enemy mine field before being mortally wounded by mortar and small arms fire.

Gunnery Sergeant John Basilone died on February 19, 1945 on Iwo Jima. For his actions that day, he was awarded the Navy Cross. He was the only enlisted Marine to receive both the Medal of Honor and Navy Cross during World War II.

So next year, when you pull off the freeway to check the surf, give a tip of the hat to Basilone and his brothers in arms. Something named in someone’s memory is only an honor if we take the time to remember them.