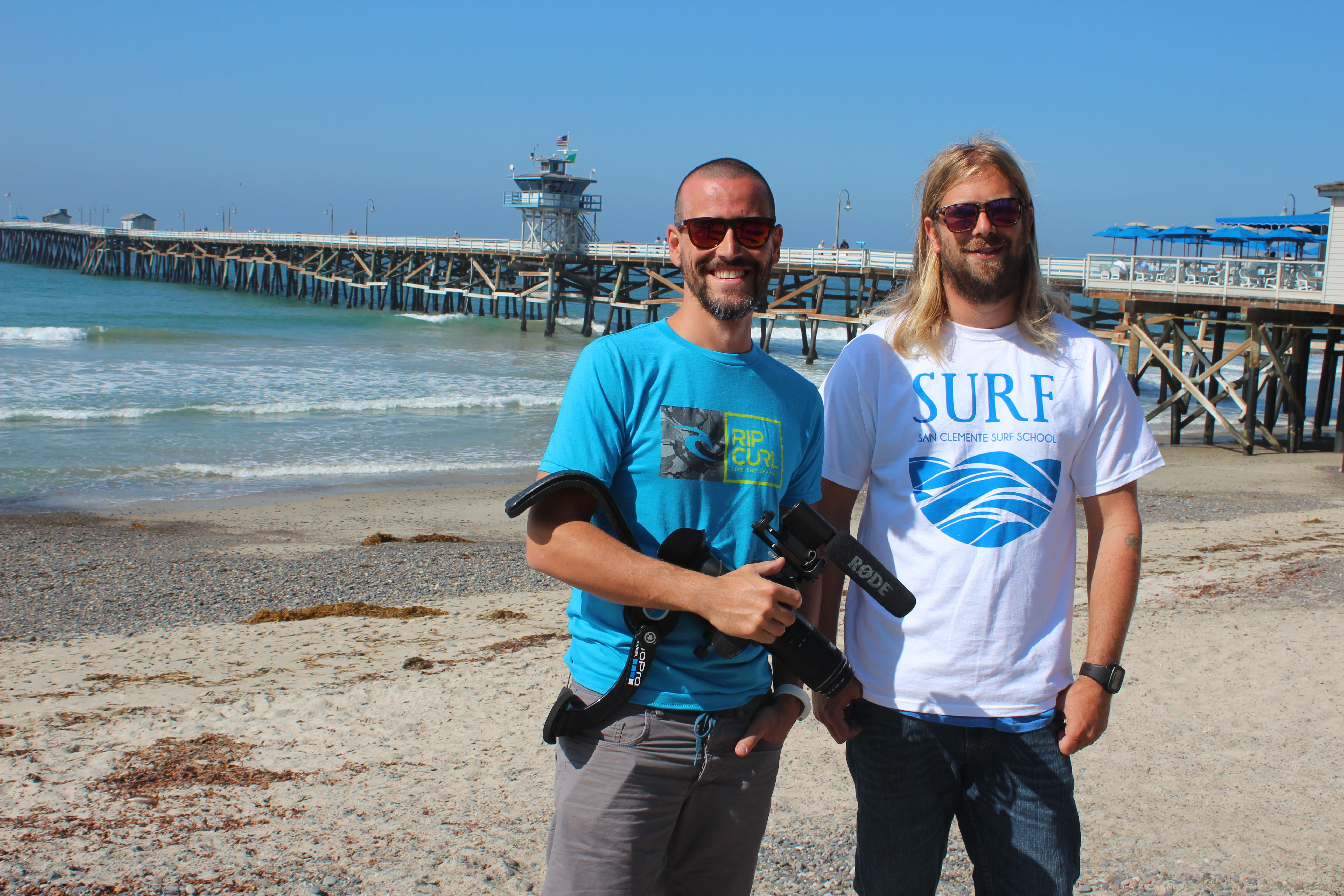 Italian action sports filmmaker Pier Francesco Macchi may become a familiar site around some of the area’s best surf breaks in the coming weeks, and he’s looking for help from local surfers.

Macchi is putting together a documentary on surfing, Surf on the Road, consisting of 10 to 12 episodes, for the Italian action sports website www.board.tv. With the assistance of Chris Iltis, from San Clemente Surf School, Macchi will be exploring 10 surf breaks all located in or around San Clemente. Shooting will begin soon.

“It’s not about pro surfers, though there will be some. It has to be about characters, the surf culture and history,” Macchi said. “So local riders, local shapers all surfing different spots. That’s already enough to cover.”

Previously, Macchi did a series on snowboarding in the Italian Alps, and said surfing represents the last of his frontiers of sorts.

“Doing it here, in the mecca of surf, is the cherry on top,” he said.

Macchi is working to get local sponsors on board and has set up a Facebook page to keep people abreast of what’s going on with the series, www.facebook.com/surfontheroaddocumentary.

Iltis said though San Clemente’s surf breaks run all the way from San Onofre to Poche Beach, some of which may not be located in the city’s boundaries, all are closely connected to surfers in the area.

“It’s not a typical surf movie where you’re going for action shot after action shot,” Iltis said. “There’s going to be a lot of back story. ‘Why do you like to surf here.’”

Macchi and Iltis said they’ve already done an interview with shaper Bill Stewart on his arrival to San Clemente and to surfing and becoming a name known to surfers worldwide. Another episode will focus on one of the members of the surf school’s team, a young surfer going through trials and tribulations that come with the sport.

“She doesn’t have to be a big name, it’s all about the personal connection,” Iltis said.

Macchi said that while he’s tried each of the sports he’s covered before, his time in San Clemente—expected to be around three months—will include his own personal surfing education.