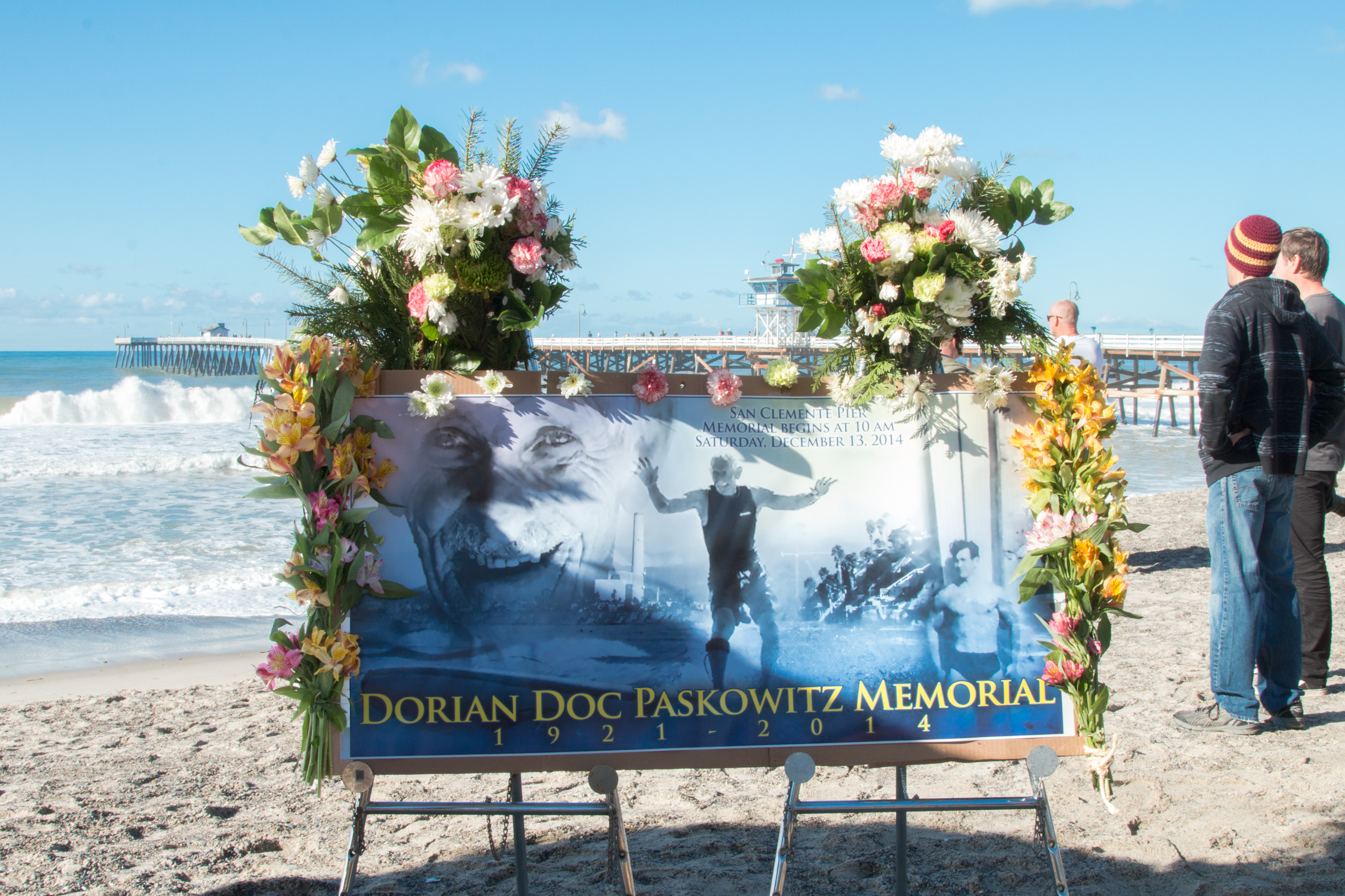 Nearly 1,000 people gathered on the pier and the beach for the planned traditional Hawaiian-style paddle-out. High surf prompted lifeguards to advise against paddling out but a group of about 50 braved the swell to form a ring just past the breakers. The bulk of the attendees paid their respects from atop the pier.

Flowers were scattered across the water and the circle of surfers splashed water toward the sky and the Orange County Sheriff’s Department Harbor Patrol boat sprayed its jet of water upward as well.

Paskowitz died on Nov. 10 at the age of 93, leaving behind a legacy that played a large part in establishing some of Southern California’s greatest surf breaks. After leaving a career as a physician, Paskowitz raised nine of his 12 children with his third wife Juliette, surfing and sharing the sport through their surf camps while living and traveling in a camper. He is also credited with bringing surfing to Israel in the ’50s, attempted to spread peace in the Middle East via the sport and providing medical care to the needy across the globe. The Paskowitz’ controversial lifestyle—choosing not to send their children to school—was immortalized in the 2007 documentary, Surfwise.

The memorial incorporated traditions from Paskowitz’ Jewish faith, along with Native American and Hawaiian customs and spoken remembrances.

One such tradition was carried out by Adelia Sandoval of the Juaneño Band of Mission Indians, Acjachemen Nation, San Juan Capistrano, who offered prayers and song and calling on the four directions in honor of “Champet Mompt,” the new name given to Paskowitz at the ceremony. Juaneño tradition requires the name of the deceased never to be spoken again upon passing, necessitating the choice of a new name. Champet Mompt means Ocean Brother.
—Sheri Crummer contributed to this report.