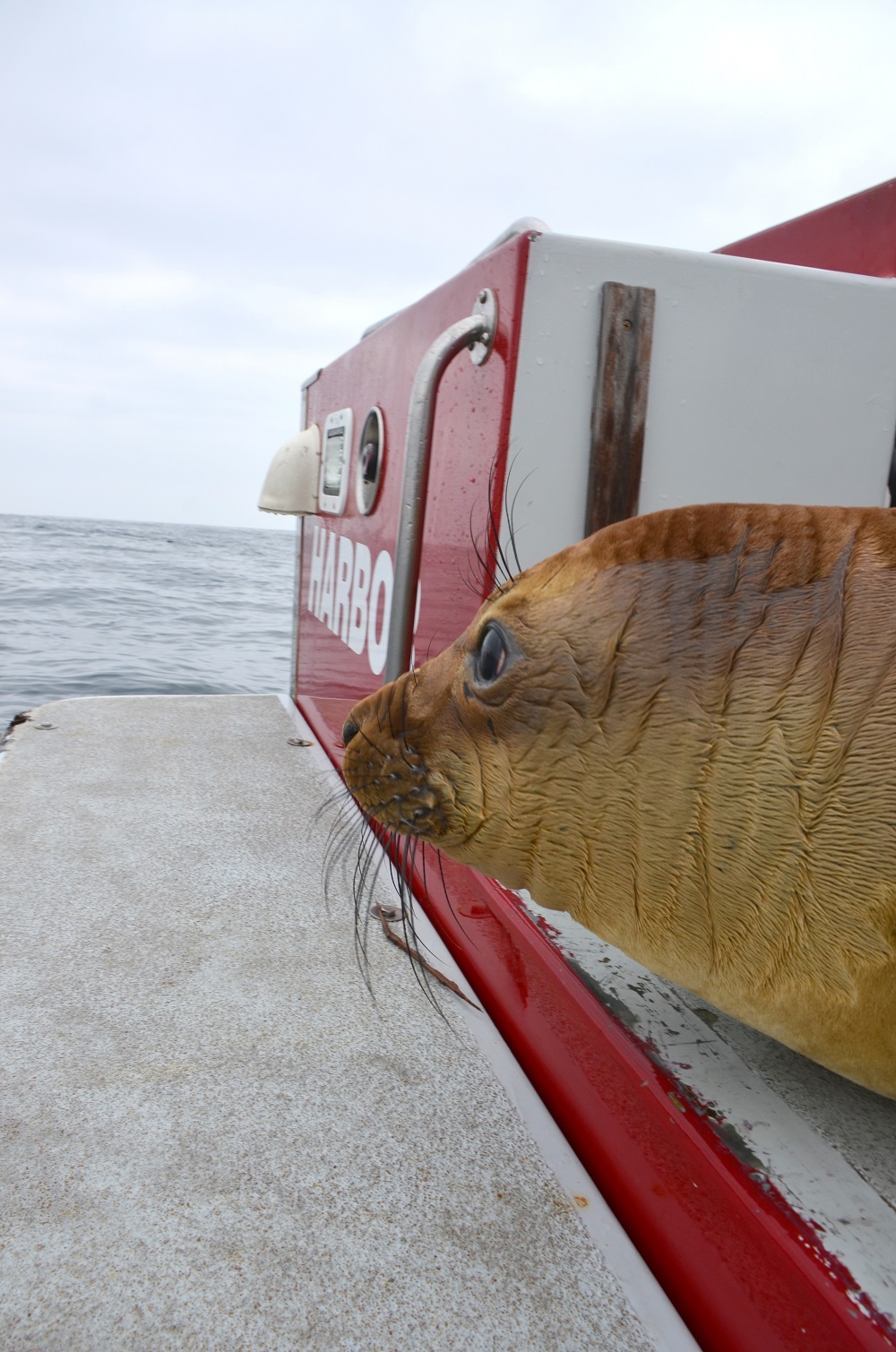 With assistance from OCSD Dana Point Harbor Patrol, elephant seals Selenas and Devo are released back into wild

On Aug. 21, Orange County Sheriff’s Department (OCSD) Dana Point Harbor patrol boat loaded up some interesting cargo, only to let it slide into the depths off the stern.

When they were found on the beach, both animals were emaciated and highly underweight. Devo weighed only 83 pounds and had an impacted stomach; Selanas weighed only 60 pounds.

Krysta Higuchi is the event as public relations coordinator at the PMMC. She said this is commonly the way PMMC finds and rescues its elephant seals.

She explained that an increase in the number of emaciated elephant seals having to be rescued and rehabilitated from Southern California beaches is likely related to declines in fish stocks in the nutrient-rich, cool water off their more inhabited Central California coast. With a decline in food resources, juveniles stray further from their natural environments in order to find food, she said. Often, young seals such as Selenas and Devo find themselves starving and exhausted in the warmer Southern California water.

After four months of rehabilitation, the two were able to be released from the stern of a Harbor Patrol boat in the waters outside the Dana Point Harbor. They were the final seals released in the 2018 season.

“In years past, we may rescue 20 seals a season,” Higuchi said. So far this year, PMMC has rescued 44 Elephant seals.

Elephant seals are often released into the water offshore as opposed to on the beach, as releasing the seals from the beach can risk injury to the elephant seals, which commonly will not move when released on land.

PMMC officials said they are grateful for the assistance from Dana Point Harbor Patrol in their releases and that they are regularly sourced to assist in the release of their rehabilitated animals.