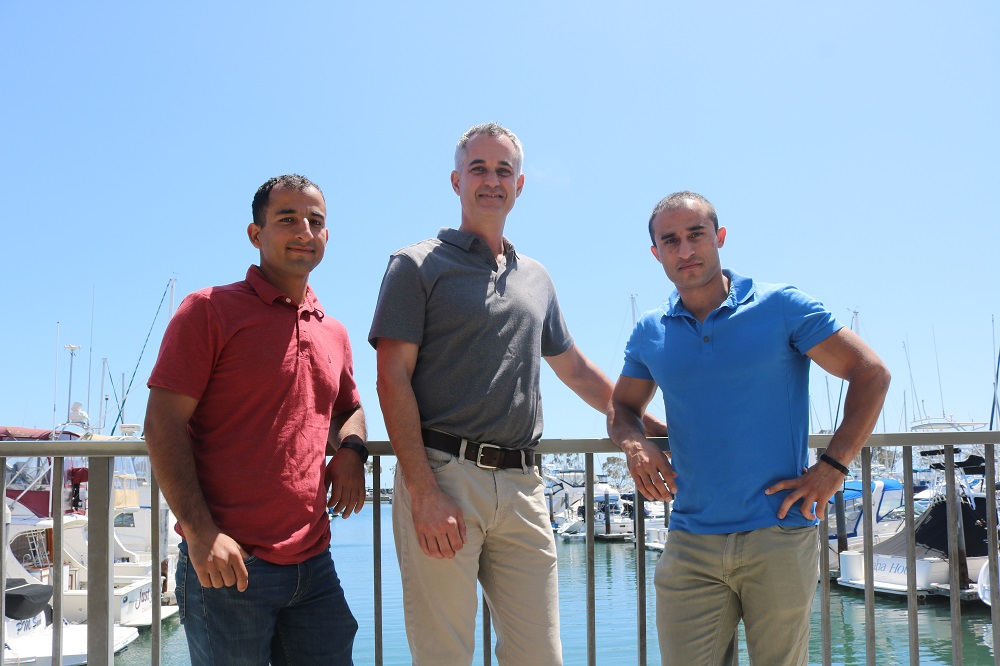 Found in Translation: How Two Afghan Interpreters and One City Councilmember Built a Long-term Friendship

Federico, who had served in the military for more than 20 years, was stationed in Lashkar Gah in Afghanistan to advise the Afghan military leaders. Zahiri and Malikzadai were hired as interpreters—they were only 21 and 19 years old, respectively, at the time.

“We needed interpreters who could withstand high-pressure situations, and Zahiri and Malikzadai were the men for the job,” Federico said. He then brought Zahiri and Malikzadai from the combat outposts in Taghaz to the headquarters in Lashkar Gah (both are towns in Helmand Province of Afghanistan).

Zahiri’s and Malikzadai’s translation skills came in handy during high-level military decision-making and dialogue. Interpreters who facilitated those talks often put a target on themselves by working with U.S. officials, making them vulnerable to the Taliban.

Malikzadai says he started interpreting at age 17 after taking an English course, and that he needed the job to support his family because his father was the only one working.

“I found this opportunity to interpret for military officials. I have loved military since I was a child, and I thought this was my chance to be working as closely with the military as I could at the time,” Malikzadai said.

Zahiri worked to deliver supplies as a teenager, and interpreting was the next step to higher income.

One of the more stressful conversations that needed translation was when Federico needed to explain to Afghanistan’s military leadership that U.S. forces would be waning in the area. That would mean a decline in medical resources for Afghan troops.

“Our jobs are not just translating,” Malikzadai said. “We also must consider body language, tone, cultural indicators and implications. The way a Marine conveys a message could come off in a way they do not intend (in the language of Farsi). It’s our job to bridge that communication.”

After interpreters finish their work for military officials and that military presence in Afghanistan wanes, interpreters are left even more vulnerable, Federico said.

Zahiri had initiated the process to obtain a visa and emigrate to the U.S. after Federico’s deployment in Afghanistan had ended in April 2013. Jamey Federico’s wife, Alexis Federico, had been doing pro bono work as a law student for the International Refugee Assistance Project. Under the oversight of a licensed attorney, Alexis Federico was able to take Zahiri’s case and facilitate his immigration.

“Both these young men have dealt with extraordinary hardships,” said Alexis Federico. “They’ve seen so much and dealt with such stressful situations for only being in their 20s, yet they’ve retained a resilient sense of optimism and drive to set out the goals they have for their lives. Our country needs driven, passionate individuals like Zahiri and Malikzadai.”

When Zahiri gained approval to come to the U.S., he stayed with the Federicos in Dana Point for several months while he got on his feet. He worked as a security job and then was hired to do sales for Verizon, an opportunity, he says, that helped him learn a lot about the culture and current events in Southern California.

Malikzadai applied through the same visa program and soon followed and moved in with the family of another major he had worked with in Afghanistan. After a few months of getting settled, Malikzadai and Zahiri moved together to Anaheim.

“It was a culture shock,” Malikzadai said. “Of course, we knew English and had learned to build rapport with Marines stationed in Afghanistan. But moving to the U.S. and learning how the culture was different turned out to be a challenge at first.”

Malikzadai had dreams of serving in the military since being a young boy. He made it a goal to enlist in the U.S. Marines and, despite failing an English and math test to enlist, he enrolled in classes to improve his test-taking skills.

“I knew the math, but learning how to understand how math problems were introduced on tests (in the U.S.) was the hard part,” Malikzadai said. “After retaking the tests a second time, I passed.”

Malikzadai is now a Marine stationed at Camp Pendleton and, through a special military program, he gained citizenship the day before boot camp graduation.

While Zahiri promised his mother he would never enlist in the military, he has his eyes set on becoming a sheriff’s deputy. Although he isn’t a citizen yet, he will be eligible to apply in October. In the meantime, he is currently studying to be a nurse at Fullerton College. For a political science class, Zahiri was offered extra credit if he attended a city council meeting.

“It only made sense to attend a council meeting in Dana Point, where I could see Jamey in action,” Zahiri said.

“I think it’s special that we can recognize them. On behalf of all the veterans that you’ve helped and on behalf of all the residents of Dana Point that are afforded our freedom, we want to thank you,” Federico said behind the dais, before Zahiri and Malikzadai received a standing ovation in the room.

While Zahiri was tasked with observing the meeting and answering civics-related questions on the content of the agenda, he says he was able to appreciate the council meeting from the perspective of having grown up in Afghanistan.

“Afghanistan is struggling. There is a lack of rule of law; there is little structure and accountability in government,” Zahiri said. “Seeing how (council meetings) and government is conducted here is very eye-opening. It shows us that we’re able to work out disagreements and challenges through discussion. That is so powerful.”

The instability and conflict in Afghanistan reinforces the negative stereotypes of people from that country, Federico said.

“I want people to see that there isn’t just one representation of who an Afghan is,” Federico said. “They’re certainly not all terrorists. So many Marines and other military personnel owe their lives to the Afghan interpreters who helped us in combat zones. I know I owe my life to Zahiri and Malikzadai.”