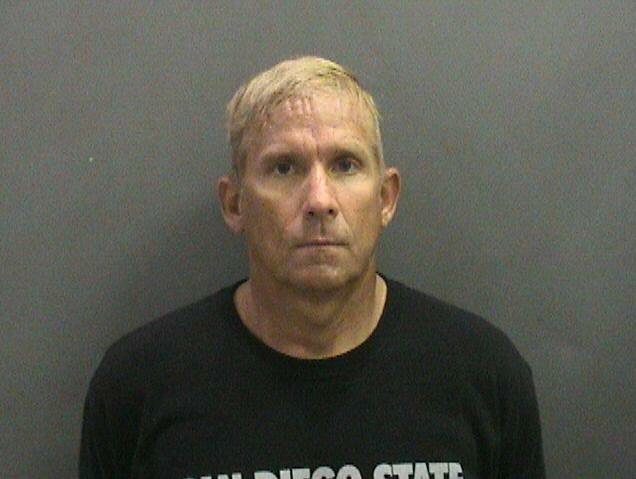 Former Shorecliffs Middle School math teacher Richard Rack was sentenced to eight years in state prison Friday on four charges related to the sexual abuse of three of his students.

Rack, wearing a dark suit, made no sign of emotion as Judge Sheila Hanson read his sentence, and as the mother of one of his victims read a statement describing the impact of his actions on her daughter. Rack’s mother made a statement on his behalf, and Rack also made a statement.

“There’s no excuse for my actions,” Rack told the court. “Every day I’ve been coming here, I’ve had more time to reflect … I acted inappropriately and inexcusably.”

Rack said he hoped he would be able to make amends, either through an organization, or personally to make up for the harm he had caused.

“I’m truly sorry,” Rack continued. “I never intended to cause anyone harm, and I’ve caused harm to quite a few people and their families.”

The mother of one of the victims however, was not quick to forgive, though she did acknowledge the situation as “very unfortunate for everyone involved, not only the victims but also Mr. Rack.”

The mother said her daughter, who had to leave not just the area, but the state, due to the trauma of the incidents and the harassment she had received in social media and in person after making the allegations.

“This incident has robbed her of her innate happiness and left her untrusting of others,” she said. “Even the closest friends have turned on her. Some called her a liar.” She said her daughter had begun looking at nearly all authority figures with suspicion.

“I don’t believe I will ever have my little girl again,” she said. “How can I put a price on my little girl’s innocence? Mr. Rack, you need to understand you were a teacher, a person students looked up to and trusted. You took advantage and preyed on her and others. My daughter’s innocence was not for you to take.”

Rack pleaded guilty to four of the original eight charges in the case in August, after prosecutors rested their initial case. Rack had initially pleaded not guilty, but did not present a defense.

Rack’s attorney, David Cohn, noted that a number of friends and family had written letters in support of Rack. He also noted a psychologist who regularly works with courts in Orange County, Veronica Thomas, had written in support of a more lenient sentence, due to his lack of any previous criminal record and what she believed was a strong unlikelihood to offend again. On her report, Cohn said, Thomas had characterized Rack’s actions as “opportunistic and situational,” and not the actions of a pedophile.

Vanessa Woods, the prosecutor of the case, asked for a maximum 10-year sentence, as did the victims’ families. She said Rack had created opportunities to be around vulnerable girls. Other girls, who had not been victimized, came forward with their own stories about stares, touching and other behavior they now realized, as older teens, was inappropriate. Rack, she said, was “grossly understating” his own criminal behavior.

“This is someone who preyed upon young children who were looking up to him,” Woods said.

Compounding this, she said, was that Rack had essentially showed a different public face to others in the community as a caring, dedicated teacher, who couldn’t believe the accusations.

Hanson said Rack’s actions were “deliberate, they were prolonged and they had a severe emotional impact on the victims.”

Hanson added, like Woods, she disagreed with the description of Rack’s actions as “opportunistic or situational.”

“If these (actions) weren’t predatory, I don’t know what the definition of predatory is,” Hanson told Rack. “You had a school full of children who were sent to school to learn, to be motivated. And it appears by all description, you have had that effect on some children. But you took that trust that every parent, every principal and every teacher had; that trust that when their children were sent to your class, they’d be taught math, that they’d be motivated, that they would learn. And you preyed upon that trust.”

Hanson noted Rack had spoken to Thomas at a time he still maintained his innocence.

“Instead of learning math, they learned something much darker and much more sinister, all at your hands,” Hanson told Rack.

In deciding on a sentence, Hanson said she took into account that Rack’s crimes took place with multiple girls over a prolonged period, and that he had engaged in behavior to “groom” victims, including attempts to conceal what he was doing.

“You furthered these relationships with the offer of good grades. They thought you were a nice teacher and then suddenly, if they engaged in sexual activity with you, they didn’t have to study anymore, they would receive As,” Hanson said.

On at least one occasion, Rack also provided a gift of cash to one of the victims and worked to keep students away from other classes in order to be with them longer, including arranging to meet with one of his victims off campus. One parent had actually hired Rack as a private tutor, giving him access to the home, where he engaged in sexual activity with her daughter without the mother’s knowledge.

The eight year term is a combined term covering four different counts. Rack was sentenced to a maximum six-year sentence on the most serious count, and eight months each on three additional counts. He could have received 10 years as a maximum. He was also ordered to pay restitution to the victims’ families and his name will be placed on the National Sex Offender registry for the rest of his life.

Woods said she was “satisfied” with the sentence, noting that due to his abuse of his position and the age of the victims, Rack must serve at least 85 percent of the sentence.