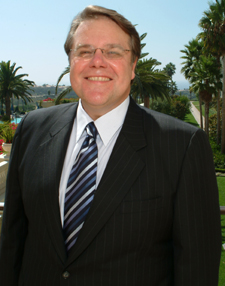 Local public policy attorney and former Dana Point City Councilman James Lacy hopes his new book, Taxifornia, which focuses on the state of California, its high tax rates, high poverty rates and what he sees as overall economic failures, will resonate with readers and elected officials across the nation, as the state acts as a national leader.

Lacy, who served on the City Council from 2002 to 2006, focuses his legal practice in the public policy realm. After working, unsuccessfully, to stop the state’s Proposition 30 in 2012, which has raised taxes state-wide to fund the education system, Lacy embarked on telling California’s tale. It’s a tale Lacy sees filled with overspending and overtaxing by the state’s political majority, the Democratic Party.

In his book, which has been listed on Policito.com’s top 10 weekly bestsellers list for the last two weeks, Lacy calls out the state’s leading party and special interest groups, which he says have held too much power for too long.

Accompanied by 800 footnotes, Lacy lays out California’s political landscape and offers up his own solutions, such as an attitude change, taxing less, spending less and reforming the state’s pension system.

“To be frank, I am not optimistic about California’s future,” Lacy said. “There is currently too much taxing, too much spending … a poor education system and I do not know if California can reform itself.”