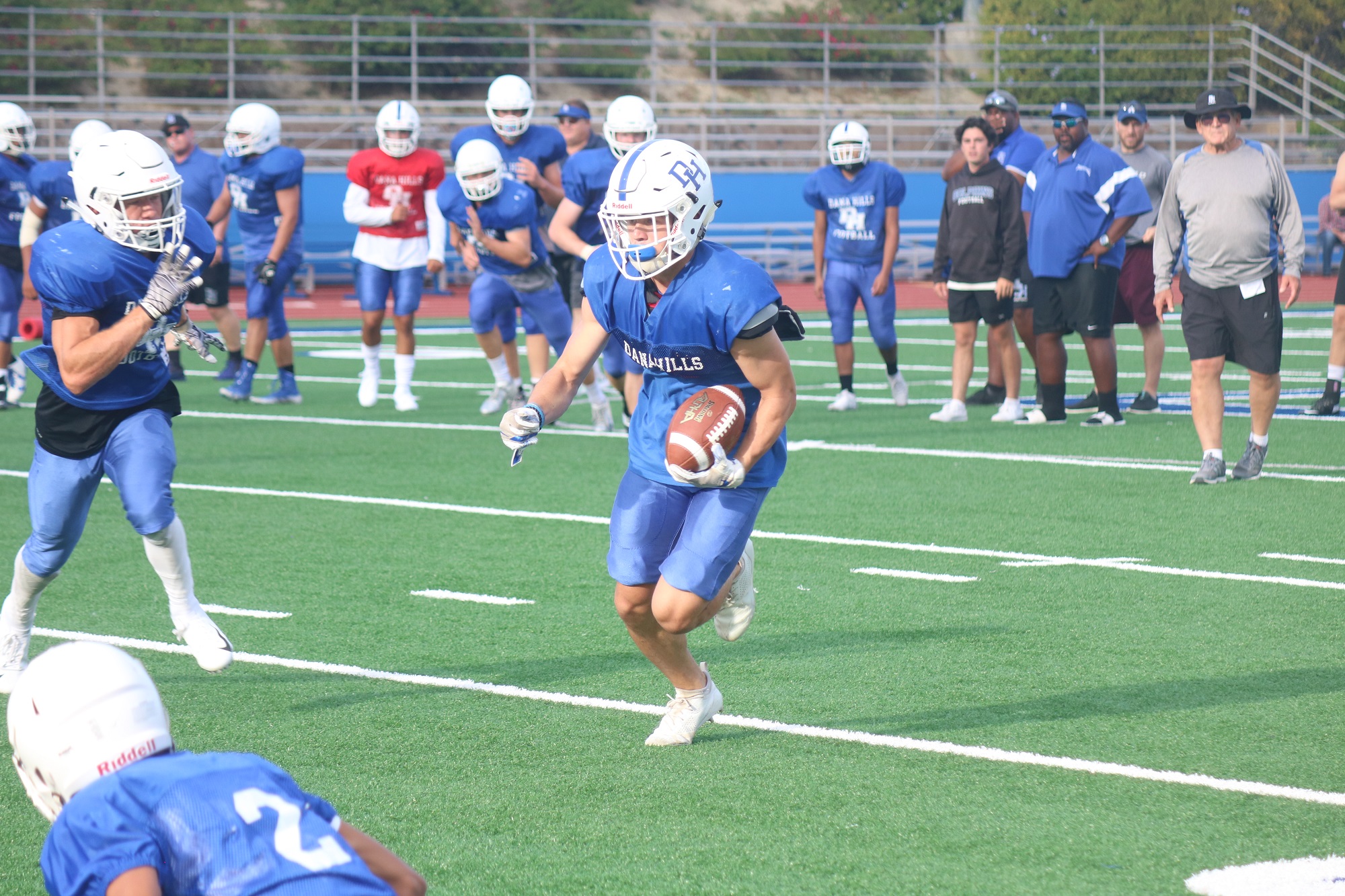 High school football participation was down 3.16% last year in the state of California, according to the 2018-19 California Interscholastic Federation (CIF) Sports Participation Survey released on Aug. 1.

Football was down to 91,305 participants in the 11-man variety across the state, which marked the fourth straight year of decline and the lowest overall participation since 1998. There were 91,301 high school 11-man football players in California in 1998—just four fewer than the 2018-19 total—according to numbers from the National Federation of State High School Associations (NFHS).

“As in previous years, we have noticed a steady and continued decrease in football participants,” CIF executive director Ron Nocetti said in the CIF release. “It is imperative that we continue to partner with organizations such as USA Football and their Football Development Model, which provides a road map for how we coach, play and learn the game at every level.”

Despite the decline in 11-man football, as well as the second consecutive dip in 8-man football, football is still by far the most popular sport in the state, with the 91,305 participants nearly doubling the totals of boys track and field’s 55,355 and boys soccer’s 54,996.

While there is the decline with the state’s top dog, sports participation is up in the state overall by 0.67% to reach a new CIF all-time high for a seventh straight year.

As the most popular sport in the nation, football’s changes will always grab the main focus.

Here at home, Dana Hills coach Phil Skinner said he’s seen the statewide numbers reflected in his program, as well as in the school’s youth camps.

Skinner said there are a few South Orange County schools in the Dolphins’ situation. Laguna Hills and Trabuco Hills are close in numbers to Dana Hills. Capistrano Valley and El Toro are down a bit. Dana Hills’ two closest neighbors are up, with Aliso Niguel seeing a slight increase and San Clemente fielding 86 freshmen and 180 players total in its program.

At the Trinity League’s media day on Aug. 2, all six of the league’s coaches agreed their numbers hadn’t been largely affected. New Santa Margarita coach Brent Vieselmeyer said one cause of lower numbers could be opportunities in other sports.

“They’re telling kids you have to specialize (in one sport),” Vieselmeyer said. “That’ll knock numbers down. You can play pretty much any sport year-round, which I think is a little bit sad, too. Here (with our players on the panel), you’re looking at all multi-sport athletes.”

In the conversation about the larger numbers, many believe that head injuries and parents’ concern about head trauma had led young athletes away from football. Skinner said that tackling form has been a focus, but with recent certifications, it has been a greater emphasis.

“I feel bad seeing the decline or parents getting worried because of concussions, and certainly those are a concern,” Skinner said. “All of the staff is HEADS UP Concussion-certified. We’ve gone through all of that. We take precautions, our number of practices are limited, the time in practice is limited. I feel like the game is safer than it ever has been.”

The loss of a junior varsity team for the season did not affect Dana Hills’ schedule, as most of the teams on the nonleague schedule were not fielding JV team, either. Skinner believed up until the summer camp that Dana Hills was going to have a JV team, but even with anticipating players joining the program late, the numbers didn’t quite make it possible.

Despite these dips in participation, Skinner still feels good about the state of the game and where football is going.

“I still think that there’s a core base,” Skinner said. “You’ve got to remember all these guys are going to be fathers at some point, and when they experience what was great about it for them, and they want those same things for their son, like I want for my son when it’s time for him to play, I still feel like there’s going to be enough that football will prevail and continue on. The game will change and continue to evolve.”