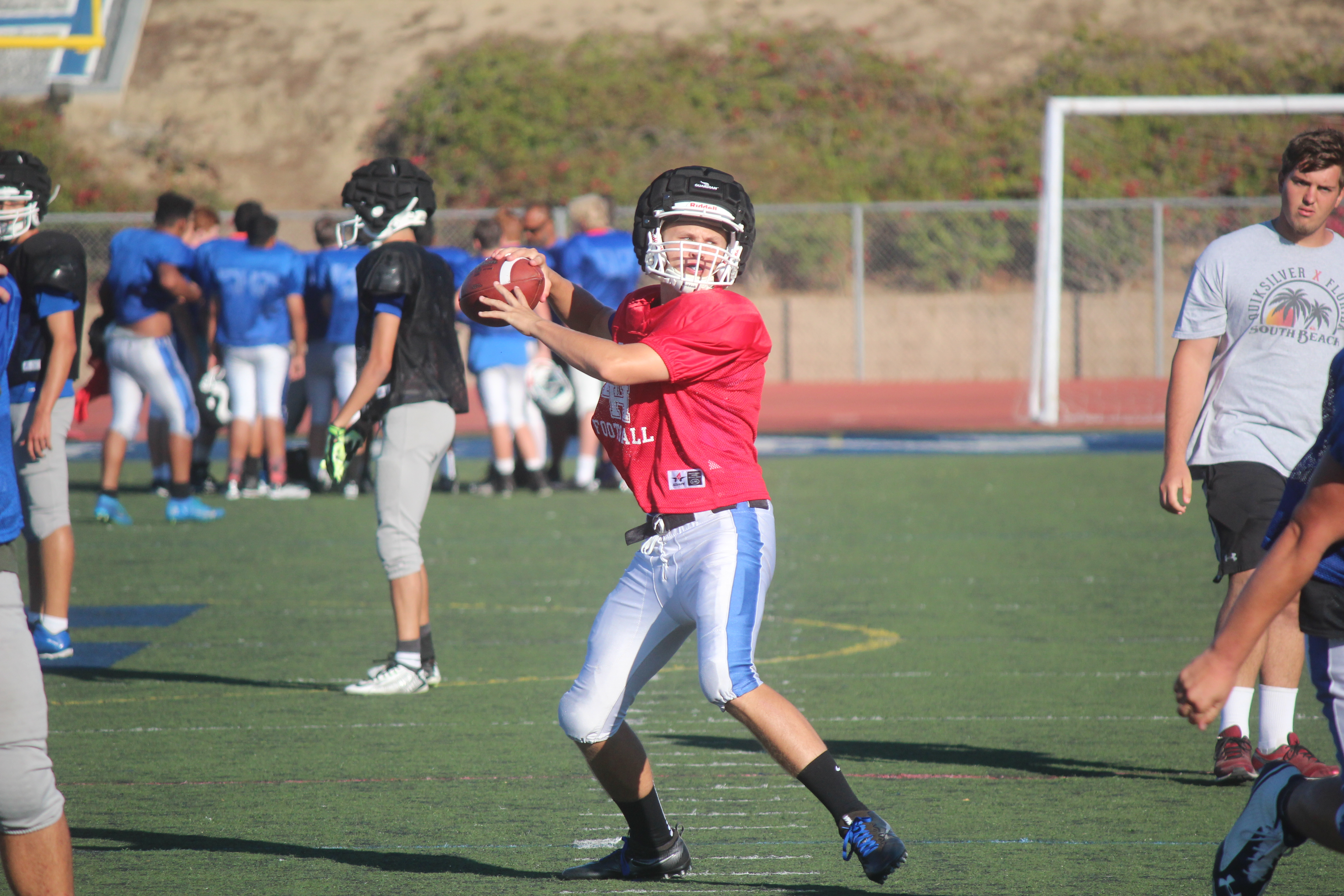 The Dana Hills football team will take the field in its season-opening game against Marina on Aug. 26. The Dolphins are in search of the program’s first victory in over a year.

Marina, which went 1-9 overall last season, will present the Dolphins defense with a run-oriented attack. The Vikings return senior running back Cooper Malerstein, who rushed for an average of 88.4 yards per game and scored four touchdowns last season. Marina also returns rising sophomore back Blaine Riederich, who rushed for 57 yards per game in a limited amount of playing time.

The Dolphins defense allowed an average of 54.9 points per game last season, and will rely on a pair of dynamic linebackers to reverse that trend.

Junior linebackers Julian Casillas and Joe Wilske were first and second-team all-league selections last season, respectively, and will anchor the defense. Senior safety Ryder Lynch will provide leadership and experience in the secondary.

Dana Hills is hoping junior quarterback Corey Cisowski will continue to improve under center. Cisowski was an all-league second-team selection one year ago, and has grown in confidence and as a signal caller, head coach Phil Skinner said.

The game will be held at Dana Hills and is set to start at 7 p.m.