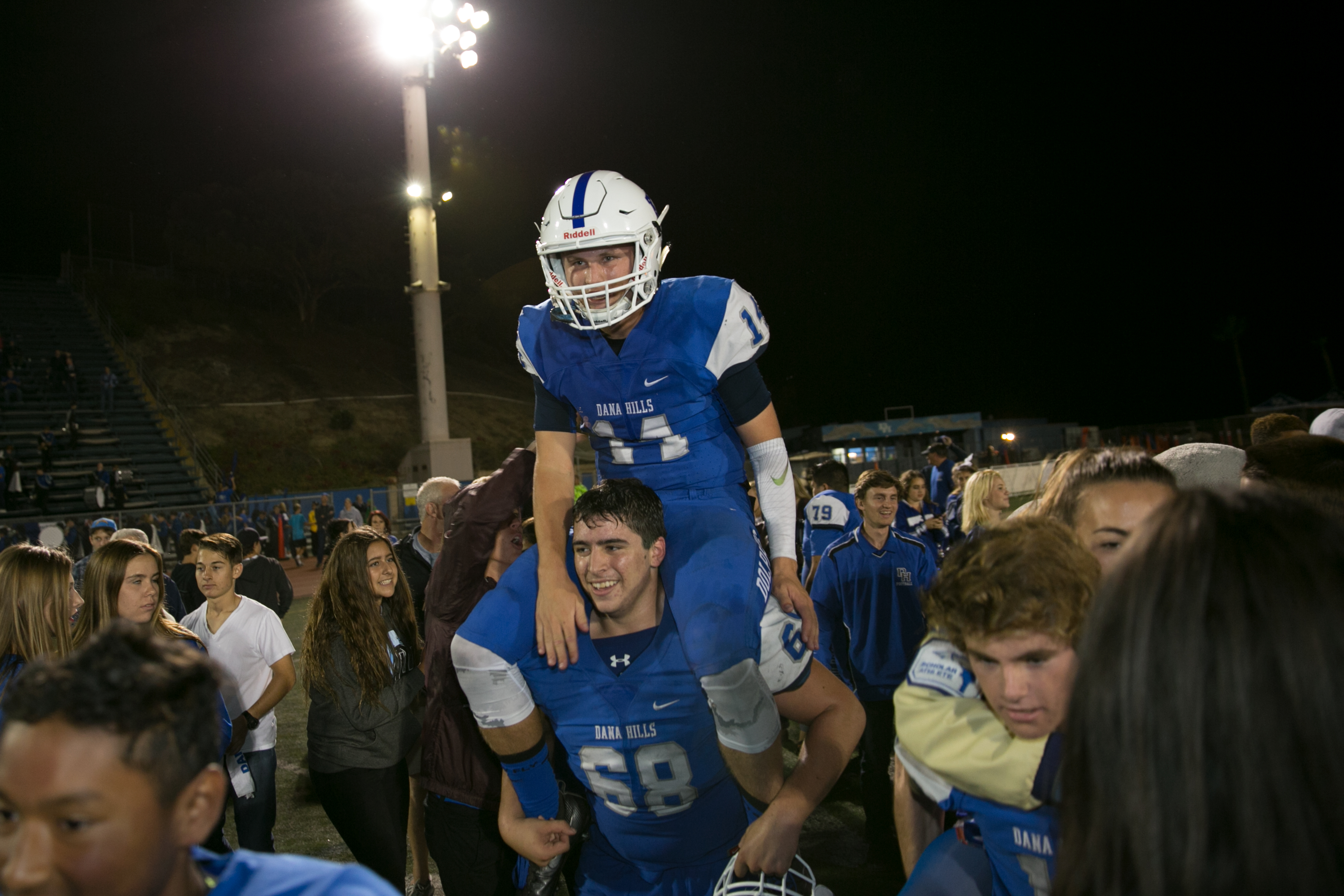 The game was never in doubt, as the Dolphins offense settled into a groove early and did not let up. The defense did its part and Dana Hills, which lost a tough game against Santa Monica one week ago, would not be denied.

“Ever since January and February we’ve been dreaming of this … It was a long time coming,” Cisowski said. “This win wasn’t just for us, the players. It’s for the coaches, the school and the whole Dana Point community.”

“We were all just on the same page,” Cisowski said. “Our offense is all about tempo and once we get rolling, we have each other’s backs and there’s no stopping us once we get going.”

“Now we’re 1-0 and we got a new streak. Every week it’s going to be 1-0 from here on out. That’s the only streak we care about,” head coach Phil Skinner said. “I feel like we have a good future ahead of us and I feel like we’re taking the right steps to continue winning.”–Alan Gibby contributed to this report