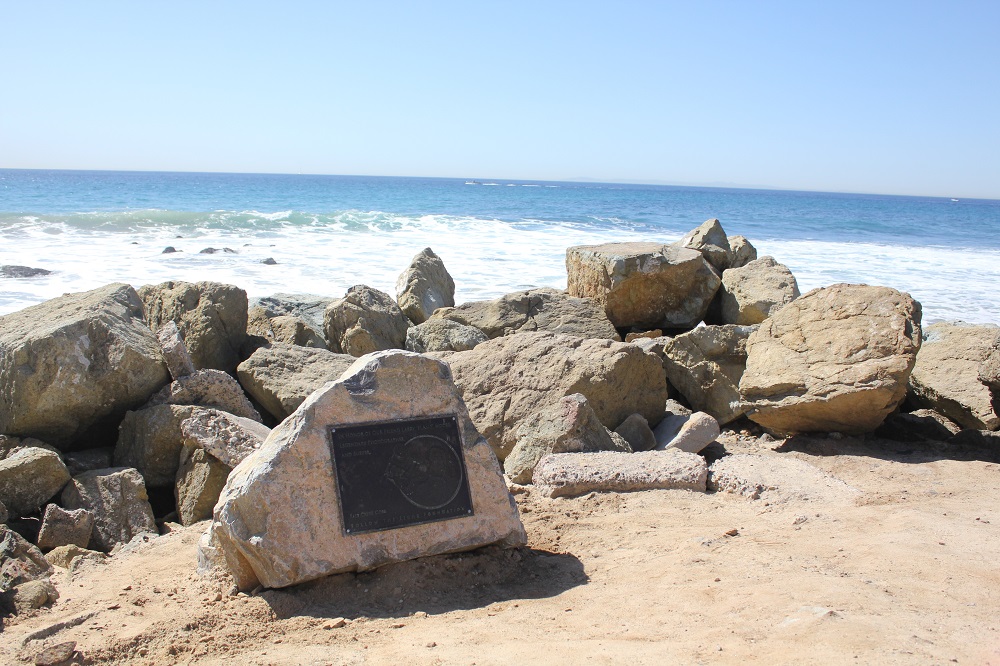 A monument rock memorializing the legacy of Larry “Flame” Moore has found its permanent home at the Point in Salt Creek Beach after Orange County officials determined its original placement had not been authorized.

The plaque stone was created and placed at the Point, near the lifeguard tower in 2015, a decade after Moore’s death. He was the photo editor for San Clemente-based Surfing magazine – a role he held for 30 years – and was known for his close-up, sharp action shots with wide angles. Many professional surfers and surf photographers have attributed their successful careers to Moore’s photos and mentorship.

“Salt Creek became his studio. Moore really paved the way for photography within the surf industry. His perfectionism set the bar,” said Rick Erckeneff, a South Coast Water District Director, surfer and friend to Moore. “His motto ‘follow the light’ translated into his amazing shots.”

OC Parks had removed the monument from the Point in February of this year and placed it in the Cooper Center in Santa Ana, while its ownership and permanent location were being determined. The Surfing Heritage and Culture Center in San Clemente took ownership and deeded it as a donation to OC Parks, SHACC Executive Director Glenn Brumage said. The plaque rock – weighing an estimated 3,300 pounds – was returned to the Point on Thursday, Oct. 11.

Orange County Supervisor and OC Parks Commissioner Lisa Bartlett will be organizing a ribbon-cutting ceremony for the return of the Larry “Flame” Moore monument on Friday, Oct. 26 at 10 a.m.