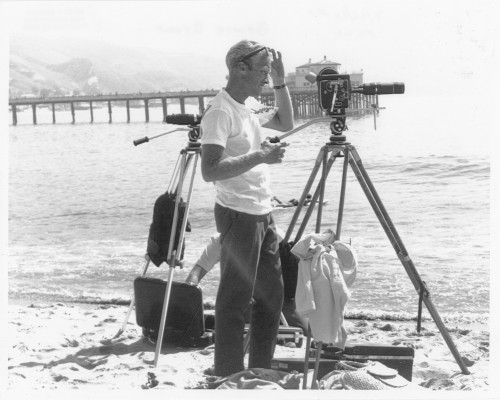 When filmmaker Bruce Brown set out with Robert August and Mike Hynson to document their surf travels on film, the idea of chasing the summer season around the world in search of waves became the title for the 1964 documentary movie that would result. It also became an aspirational and enduring representation of the adventurous surfing lifestyle—living the dream—for generations.

The San Clemente-based Surfing Heritage & Culture Center will host a tribute event celebrating Brown and the 50th anniversary of his film The Endless Summer on Saturday, May 3 in Huntington Beach at the Hilton Waterfront Beach Resort.

The Endless Summer was Brown’s sixth surf film. He began showing it to small audiences in 1964 with live narration. With his narration and music by the Sandals added, Brown and promotions manager R. Paul Allen booked the movie on a successful tour, selling out theaters across the country. It was picked up for worldwide distribution in 1966.

The event will bring together Brown, August and Hynson, along with Allen, Sandals band members, Bob Bagley, former business manager at Bruce Brown Films and John Van Hamersveld, the artist who designed the iconic movie poster.

SHACC will be presenting Brown with its first ever Lifetime Achievement Award.

“There will be over 80 pieces of memorabilia and personal effects on display, such as Bruce’s movie cameras, tape recorder and projector, original sketches, photos, Robert August’s passport, matching trunks and jacket, foreign movie posters and more,” said Barry Haun, curator and creative director for SHACC. “Many of the items have never been seen in public.”

Along with the tribute, opportunity to mingle among surf legends and the memorabilia exhibit, the evening will also include a sit-down dinner, live and silent auctions.

Boyd Scofield, SHACC media and sponsor committee member, said the event promises to be the biggest surfing culture event of the year.

“Bruce Brown’s milestone documentary is one of the most viewed surf films of all time, spanning generations of fans and enthusiasts,” Scofield said. “I saw the original film and met Bruce in 1964 at Gunn High School in Palo Alto, before it hit the big screen and Bruce was still narrating every line in person. I am looking forward to showing him the original program he signed for me back then. To have all of these people in one room 50 years later is a once in a lifetime event.”

Tickets are $200 for SHACC members and $250 for non-members and are available online. Tickets to the VIP pre-party and for tables of 12 are also available.

Proceeds from the event will benefit SHACC and the Cystic Fibrosis Foundation, both nonprofit organizations.