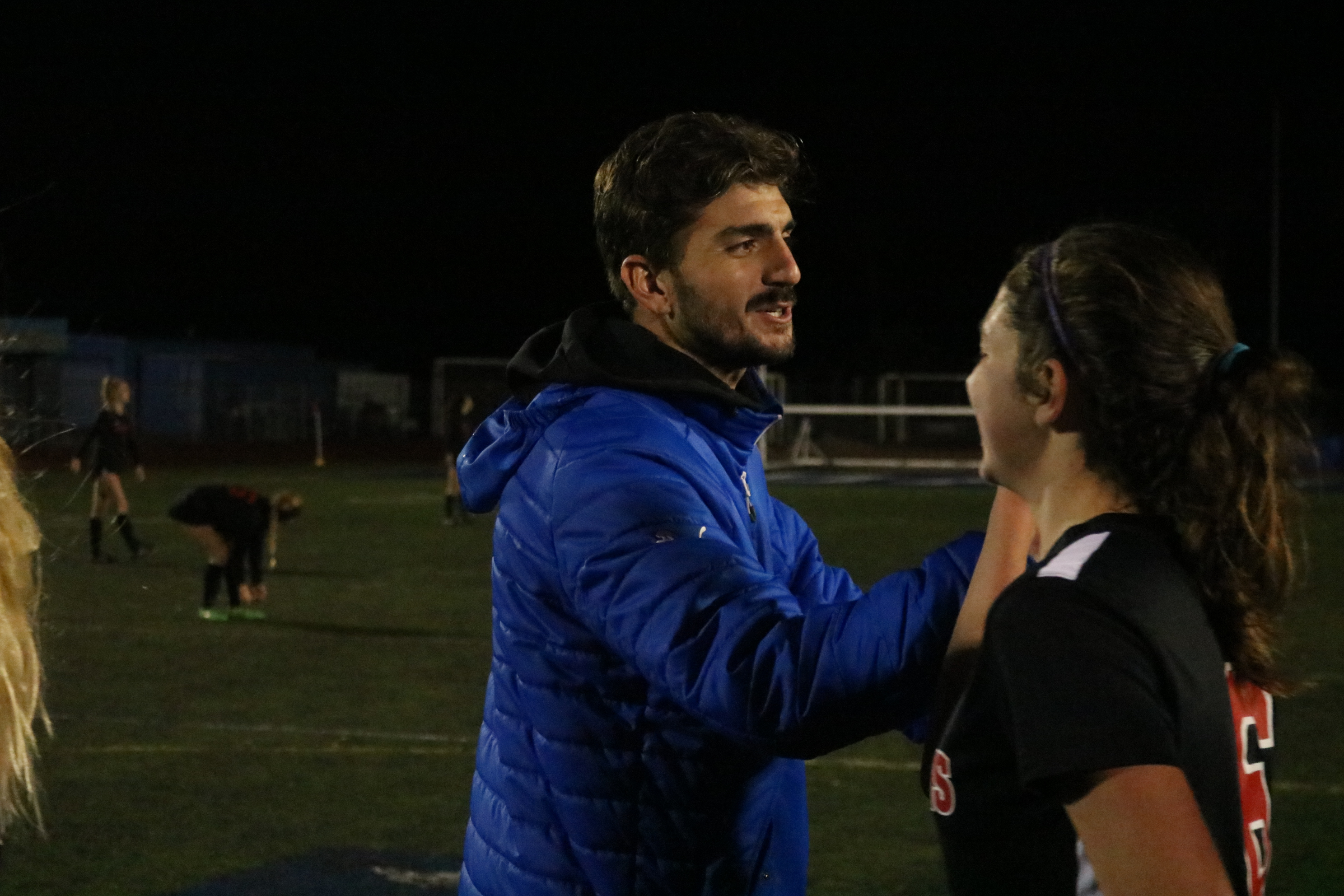 It’s been a roundabout way for Zaid Malkosh to become the Dana Hills girls soccer coach, but he’s here and ready to bring some change.

“I’ve been fortunate enough to end up in situations where I need to be,” Malkosh said. “I’ve learned a lot, and I’m trying to push things forward.”

Born in Huntsville, Alabama, Malkosh moved with his family as a one-year-old to the country of Jordan in 1987.

Growing up in the Middle East nation and playing soccer through high school and at the Princess Sumaya University for Technology, he had a different experience in his formative playing days and is trying to use what he didn’t learn in his coaching of the Dolphins.

“Growing up I never had the quality of coaching in what I’m trying to provide for the girls,” Malkosh said. “I’m trying to preach positivity, getting out of their own head and teach problem solving.”

From Alabama to Jordan to Illinois in 2009, Malkosh made his way to California in 2012 to pursue a career in soccer coaching. It wasn’t long before he found himself at Dana Hills coaching the freshmen and junior varsity each of the last two years.

After Carrie Taylor stepped away in the offseason, Malkosh went through the hiring process and won the job to complete his quick ascent.

“Fortunately, it’s been great,” Malkosh said. “I’ve never been a kid from Dana Hills High School, but I feel like a part of this group, and I want to make them into stronger women.”

Malkosh has tried to enact his positive philosophy and mold this group of young Dolphins to bounce back after a couple of rough seasons.

“What’s good in life and in this game is succeeding,” Malkosh said. “We want to execute certain things. There are a lot of things that are moving forward. I can’t say everything is where I want it to be. We’re young and need work.”

A sign that the work is paying off was the Dolphins league-opening draw against San Clemente on Jan. 9. The game also showed where certain things need to change for Dana Hills.

“San Clemente had played 16 games,” Malkosh said. “We had only 7 games on record, you can see how that affects a program.”

Between the schedule, fundraising and new uniforms, Malkosh has taken on the new challenges of being the head of a program. An additional challenge is fulfilling the needs of your current team while trying to push ahead.

Ahead are the goals Malkosh has set for the program, his own and what’s expected. Despite not being a kid from Dana Hills, he’s knows what it’s about and what to aspire to.

“We enjoy our time playing the game,” Malkosh said. “I know Dana plays Division 1, and we want to play competitive. We want to live up to that name.”