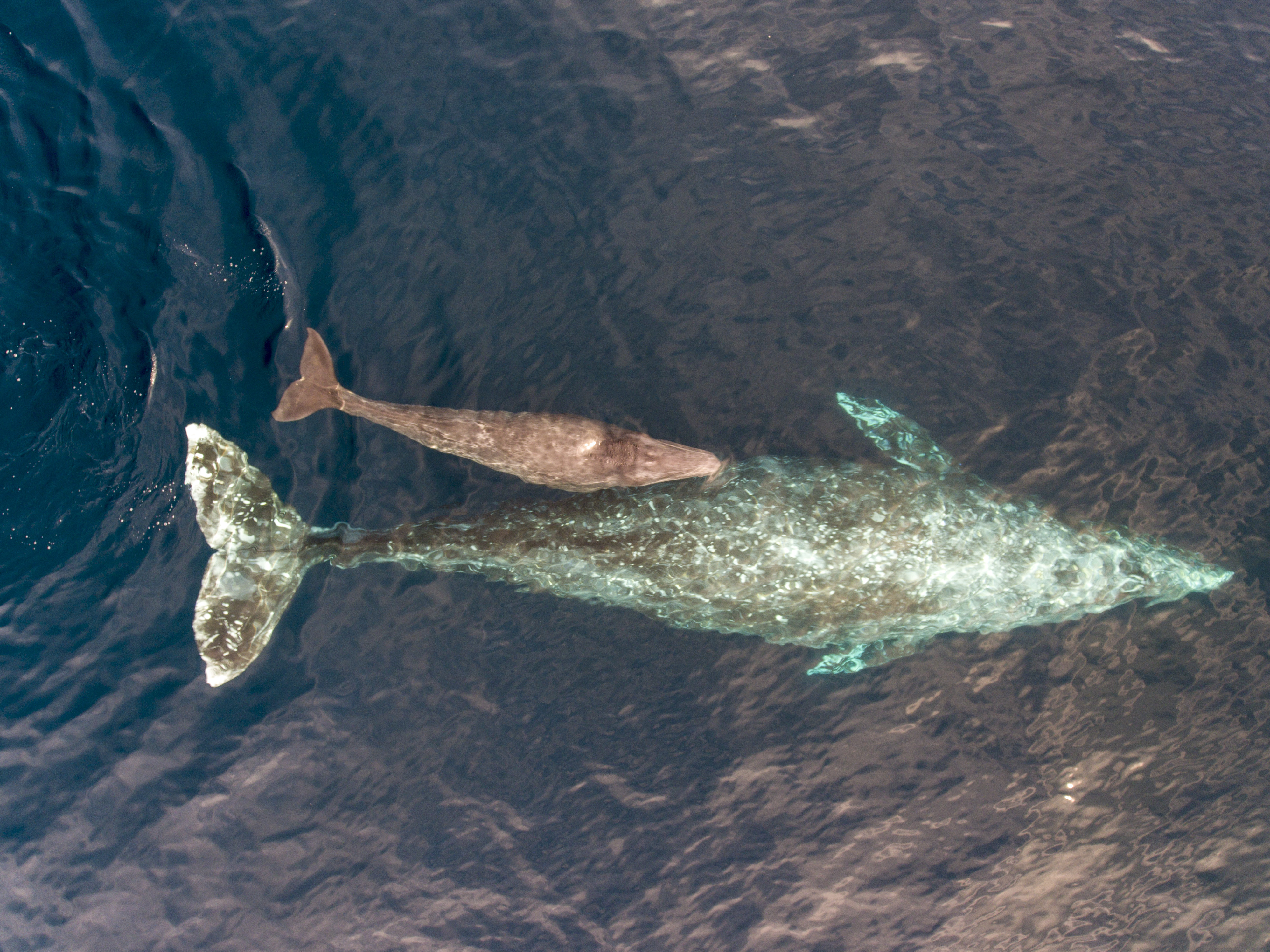 A cow-calf gray whale pair was seen near Dana Point Harbor on Friday, Jan. 11 by Captain Frank Brennan, with Dana Wharf Sportfishing & Whale Watching. It was the first calf sighting in Dana Point for the New Year.

The calf was estimated to be about 15 feet long, according to the Gray Whale Census at Point Vicente. It’s believed that the calf was a week to two weeks old, as indicated by how the calf is swimming and taking breaths.

Gray Whale season began in November and continues through March and April, as they make their long migration down to the bays and lagoons in Baja California.—Lillian Boyd