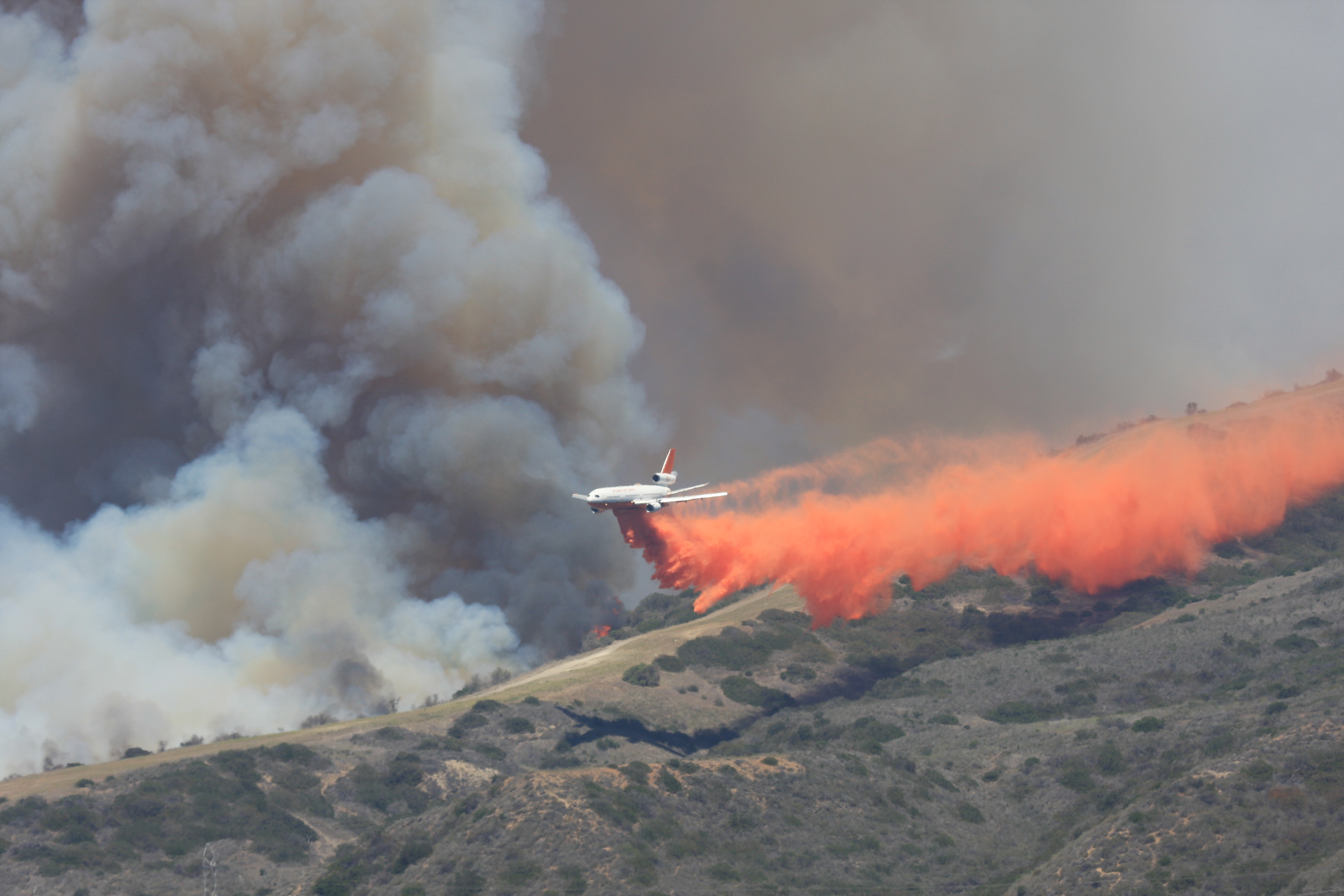 The latest fire at Camp Pendleton, the third in three days, sent plumes of smoke above San Clemente Friday afternoon, was nearly fully contained as of Sunday.

As of Sunday the fire had burned 1,500 acres in the base’s northern Talega area, according to a Marine Corps press release. The fire, now dubbed the San Mateo Fire, was 97 percent contained as of 6:30 p.m.

While dark smoke billowed south of San Clemente Friday, the hum of helicopters filled the air. One-by-one helicopters flew parallel to Cristianitos Road, dropping water on flames before circling back and capturing more water from the Pacific. A steady stream of military and Cal Fire aircraft was fighting the blaze. Aerial firefighting was also assisted by a plane that dropped orange fire retardant multiple times.

An evacuation order was issued for all personnel in the base’s 62 Area, or Camp San Mateo, home of the 5th Marine Corps Regiment. Also, the San Onofre Housing Area and School of Infantry West were ordered to evacuate, but both were lifted Saturday. Both the Cristianitos and Las Pulgas gates have resumed normal operations.

The American Red Cross had opened a shelter for Camp Pendleton evacuees at San Clemente High School Friday, but was closed and placed on standby Saturday. The fire was reported at 11:24 a.m., said spokesman Lt. Ryan Finnegan. It was the third confirmed ongoing fire at the base.

Two other fire’s on base have scorched more than 21,900 acres. The Tomahawk Fire, which started Wednesday morning near the Naval Weapons Station Fallbrook, on the base’s eastern border, has burned an estimated 5,400 acres and is fully contained, according to Cal Fire. The Pulgas Fire, located east of Interstate 5 near the Las Pulgas Gate, has spread to 15,000 acres and is 75 percent contained.

Causes of all three fires are currently under investigation.

There are no fires in Orange County, said Capt. Steve Concialdi, spokesman for the Orange County Fire Authority.

View a map of the fires, below, put together by Cal Fire. If the map does not load properly, click your browser’s refresh button.