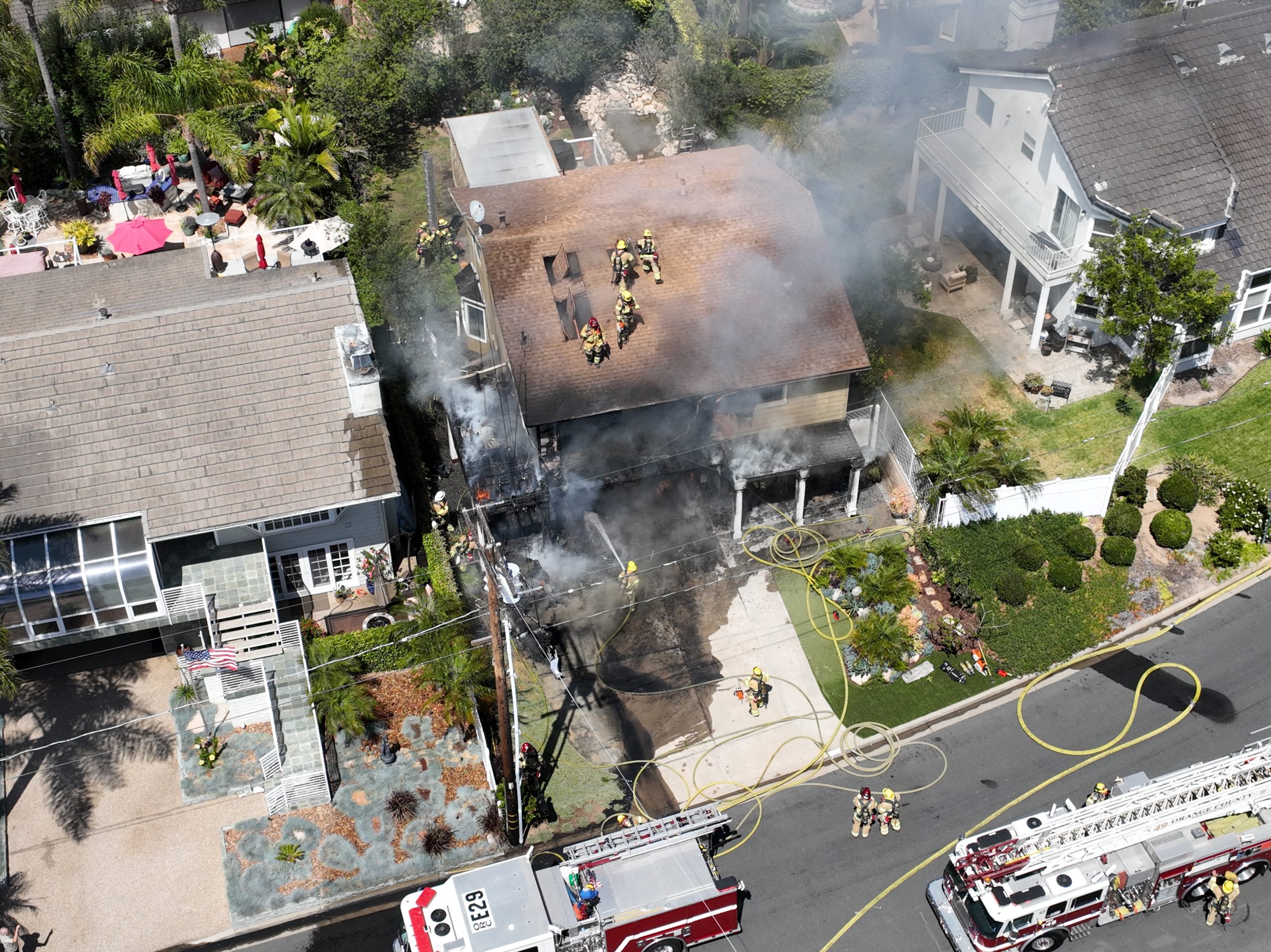 Featured Image: Fire crews extinguish a large house fire that broke out on the 34000 block of Calle Primavera on Monday morning, May 11. Photo: Courtesy of Alex Gustafson of Remark Visions

UPDATE: According to the Orange County Sherriff’s Department, Calle Primavera has reopened to motorists.

Fire crews on Monday, May 11, were working to extinguish a large house fire on the 34000 block of Calle Primavera, according to authorities.

At around 10:40 a.m., the Orange County Fire Authority responded to a call from a neighbor who reported seeing fire coming off the roof of the Dana Point home, fire Capt. Sean Doran, OCFA’s public information officer, said.

Firefighters reported fire coming from the garage and roof of the two-story single-family residence. The fire reportedly extended into the home, Doran said.

The fire was upgraded to a working structure fire as a result of the heavy smoke columns that were visible to crews arriving on the scene, according to Doran.

OCFA has also warned of a potential safety hazard because of the fire’s proximity to powerlines, said Doran. San Diego Gas and Electric, he added, is on scene to address the nearby powerline.

According to OCSD Sgt. Scott Steinle, everybody was able to evacuate the home.

Doran also stated that there are no reported injuries, and that investigators are on scene to determine the cause of the fire.

According to the Orange County Sheriff’s Department, the stretch of Calle Primavera from Mazo Drive to Old Bridge Road is temporarily closed to motorists as firefighters continue extinguishing the fire.