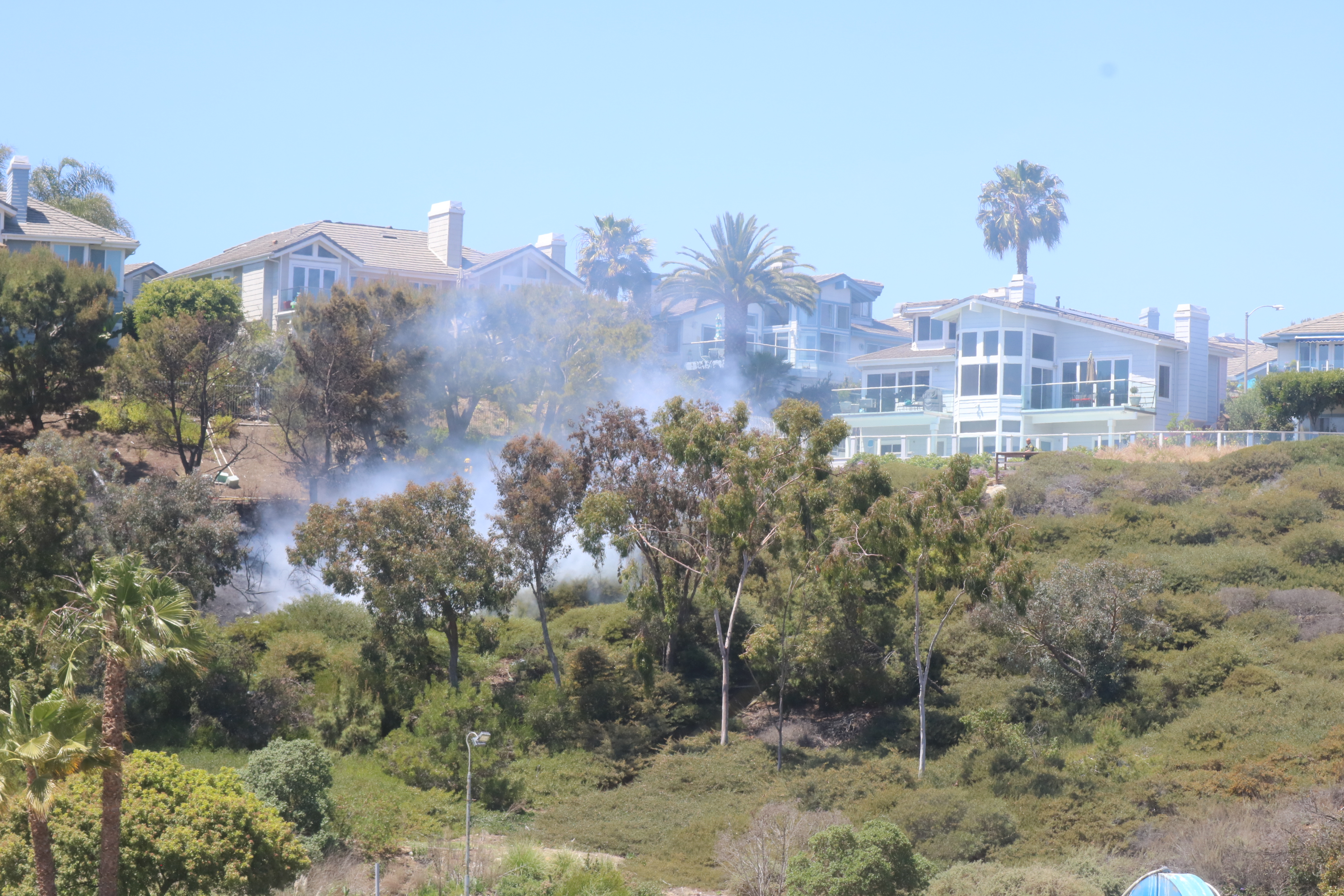 A fire that broke out on May 7 shortly after 1 p.m. in the 34100 block of Capistrano by the Sea in south Dana Point was caused by “human activity,” according to the Orange County Fire Authority (OCFA) investigation team.

OCFA received a call at approximately 1:15 p.m. on May 7 that a fire had broken out in the brush behind the Chevron gas station and near residential buildings at the intersection of Pacific Coast Highway and Del Obispo Street. A number of citizens took action, even turning on neighborhood sprinklers, in an attempt to keep the flames, rising up the hillside toward the residences, at bay.

Twenty-five OCFA firefighters worked to keep the fire contained and away from residences, and the fire was put out after OCFA dropped water from a helicopter.

Orange County Fire Department Public Information Officer Captain Larry Kurtz said that no arrests were made due to a lack of evidence from the fire damage.

After the fire, Dana Point Times spoke with a resident at the scene who wished to remain anonymous for fear of retaliation, who said that homeless encampments in the hillside have been an ongoing issue for months. They said earlier that day, a man, who had been seen entering that same portion of the hillside regularly, could be seen and heard there.

After the fires had been put out, a variety of human items could be seen strewn about across from the concrete drainage ditch. By 10 a.m. the following day, those items had been removed.

“We were very lucky today,” another Capistrano by the Sea resident said. “We are concerned that next time we might not be. I am sure there are other hillsides like ours that are unprotected, unmonitored and vulnerable to hidden encampments. Residents cannot do this alone.”