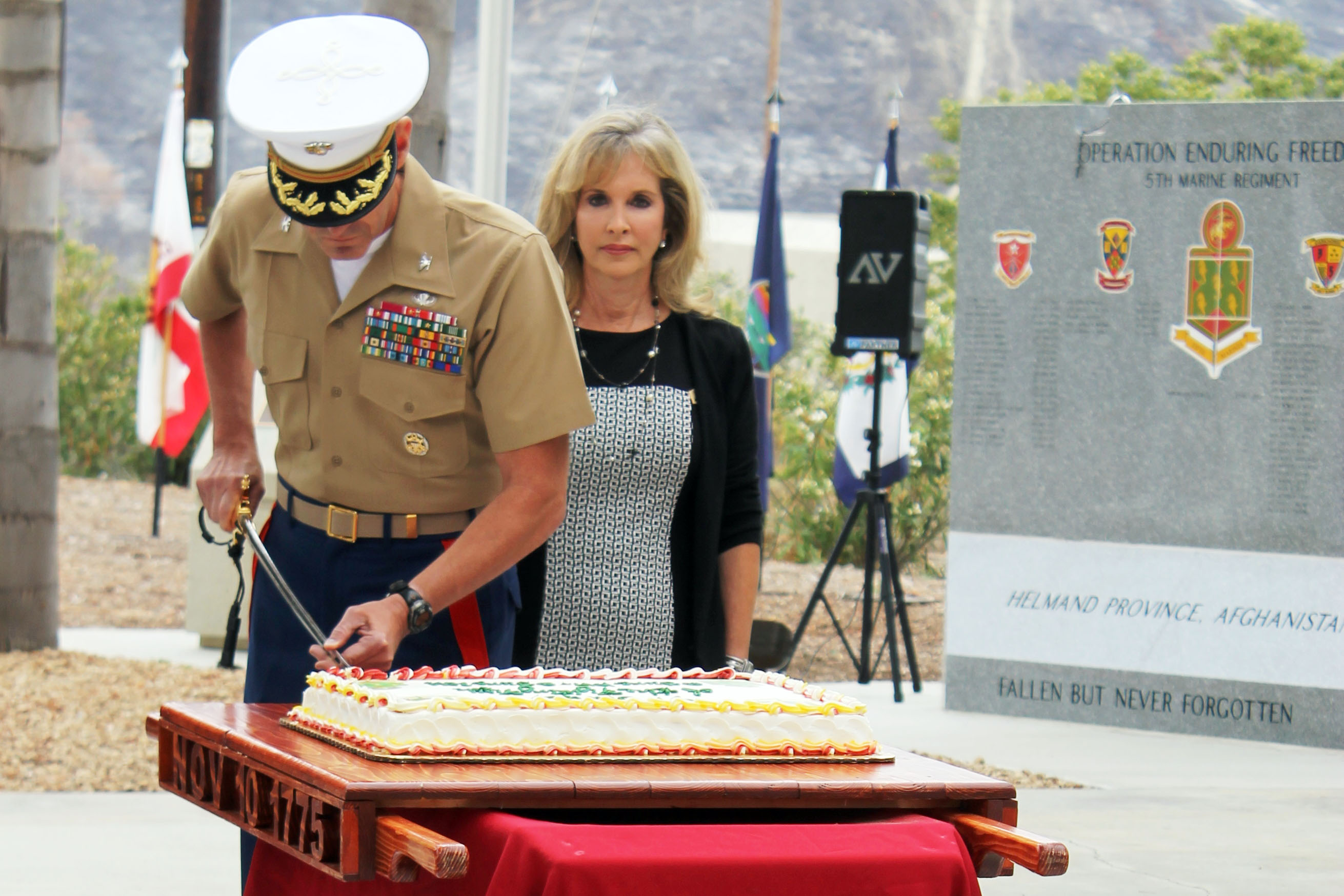 The 5th Marine Regiment is the U.S. Marine Corps most decorated.

Activated on June 8, 1917 by President Woodrow Wilson, the regiment’s Marines were deployed to the battlefields of France in support of Allied forces during World War I. It was in those western European trenches the regiment won its nickname, the “Fighting Fifth.” It’s a name the regiment has never backed down from in the 97 years since.

“Although our history is long, this is really only the beginning. No matter where, no matter when the Fighting Fifth Marines will continue to serve our country where and when needed,” said Col. Jason Bohm, commander of the 5th Marine Regiment.

Marking the regiment’s 97th anniversary, Marines from the headquarters division and support staff remaining on base while the regiment’s 1st, 2nd and 3rd Battalions are deployed, gathered at the 5th Marine Memorial Park on Camp Pendleton for a traditional cake cutting ceremony on Tuesday, June 10.

After the nation’s colors were presented, four Marines wheeled in the cake. With a saber in hand, Bohm sliced the first piece of cake, handing it to the guest of honor, Terry Rifkin, president of the Dana Point 5th Marine Regiment Support Group.

The second slice was given to the oldest Marine present, a retired sergeant major, who after taking a bite, passed it to the youngest Marine, a 20-year-old private first class—symbolizing the passing of traditions.

“I am humbled to stand before you as a small part of this historic organization,” Bohm told the gathered crowd. “I can tell you with the upmost confidence that the Marines and Sailors of the Fighting Fifth today are carrying on the legacy of those who went before us and will never let our nation down.”