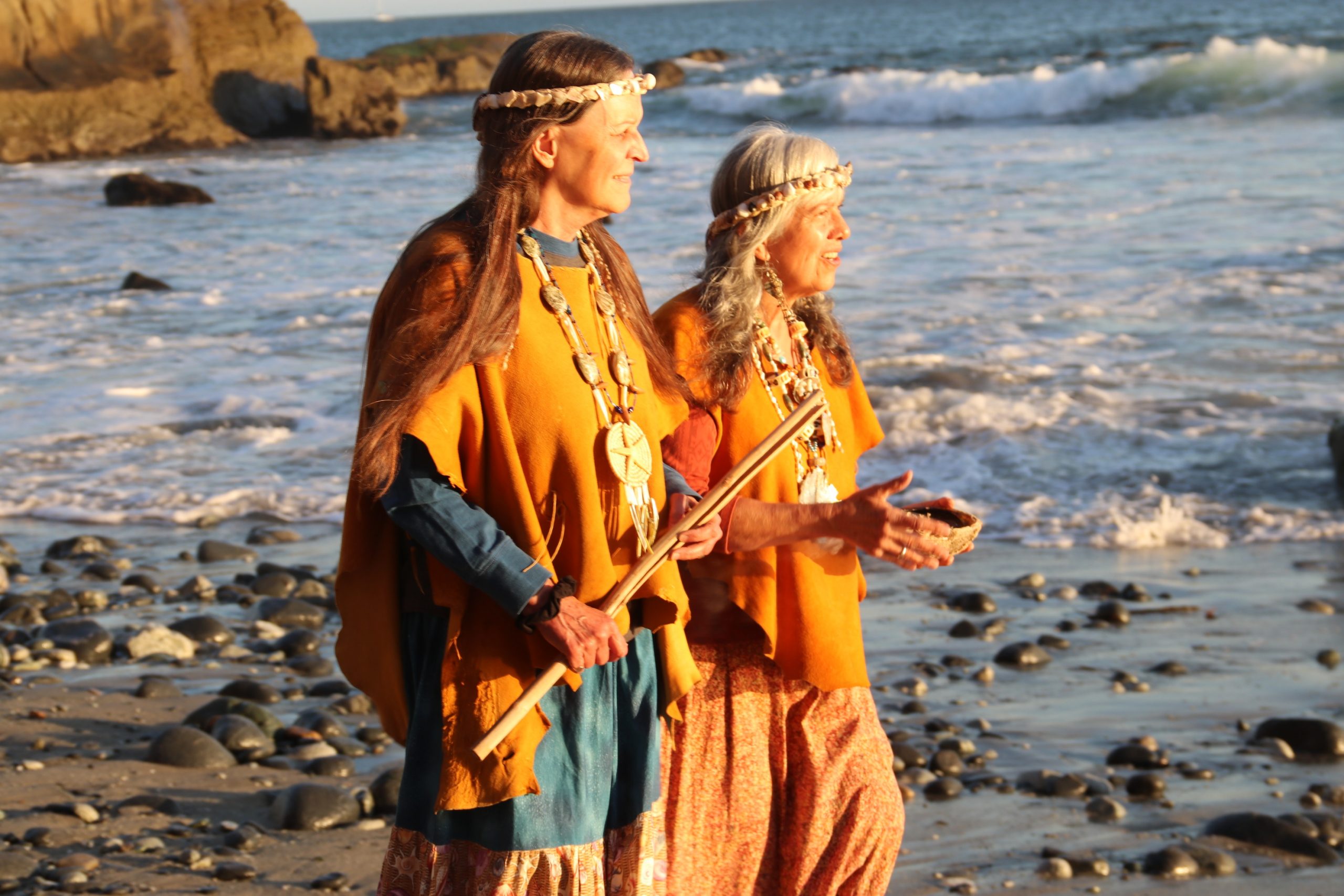 While the Festival of Whales’ two-weekend event is typically kicked off with a parade in Dana Point, event organizers found other ways to celebrate the gray whale migration this year.

Last year, the festival was able to hold its first weekend of festivities. But the tradition was curtailed by COVID restrictions ahead of its second weekend. This year, with some restrictions still looming, the 50th Annual Festival of Whales embraced new traditions.

On Friday, March 5, Adelia Sandoval and Mariah Doyle, of the Acjachemen Nation, helped to lead the Welcoming and Blessing of the Whales ceremony to honor Dana Point as a Whale Heritage Site. Local surfers Eric Diamond, Gary Wright and JP Van Swae paddled out as part of the welcoming event while Pastor Peter Klause led a prayer on the shore of Dana Cove just ahead of sunset.

Ahead of the blessing, Station Craft in Dana Point launched its limited release of the Spyhopping beer, in honor of the festival.

“The Festival of Whales has always been a special part of the Dana Point community and we wanted to honor that,” said Keagan Banks, co-founder of Station Craft.

Spyhopping, a west coast IPA with 7% ABV was available in a four-pack, by the pint or crowler. A portion of sales were donated to the Festival of Whales Foundation.

Both socially-distanced and virtual events were held Saturday and Sunday, March 6-7. While harbor visitors enjoyed whale watching and fine art on display along the harbor walkway Saturday morning, the founder of the festival, himself, received special recognition.

“We started at this harbor 50 years ago, and by God, we’re going to keep going,” said Don Hansen, outside his storefront for Dana Wharf Sportfishing & Whale Watching.

Hansen first began taking children out to whale watch from the San Clemente Pier in the 1960s. He then continued the operation out of Dana Point Harbor in 1971. In working alongside Doris Walker, a Dana Point historian and then-public relations specialist for the harbor, the two founded the Festival of Whales in celebration of the gray whale’s migration.

“I want to thank Don Hansen for being an extraordinary leader,” said Rep. Mike Levin (D). “Dana Point Harbor has always been a place of peace, a place to come and gather for me and my family and the community.”

Levin also acknowledged the work that Hansen’s daughter, Donna Kalez, has done with Gisele Anderson, to secure the trademark for Dana Point as the dolphin and whale watching capital of the world, as well as earning the city as an official Whale Heritage Site. Kalez is the managing partner at Dana Wharf while Anderson co-owns Capt. Dave’s Dolphin & Whale Watching Safari with her husband Dave Anderson.

With social distancing in place, the festival was able to continue its Dana Point Fine Arts Association Show & Sale as well as live music throughout the harbor. Virtual events included whale watching, online lectures and podcasts.

“(Hansen) had this idea to start celebrating the whales. It’s a little bit different this year, typically, today, we’d be having a parade and Don would be in it of course,” said Dana Point Mayor Pro Tem Joe Muller. “But because of COVID and the circumstances surrounding it we’re unable to do that. But today, we have the privilege to experience (this festival) as the vision Don had 50 years ago.”