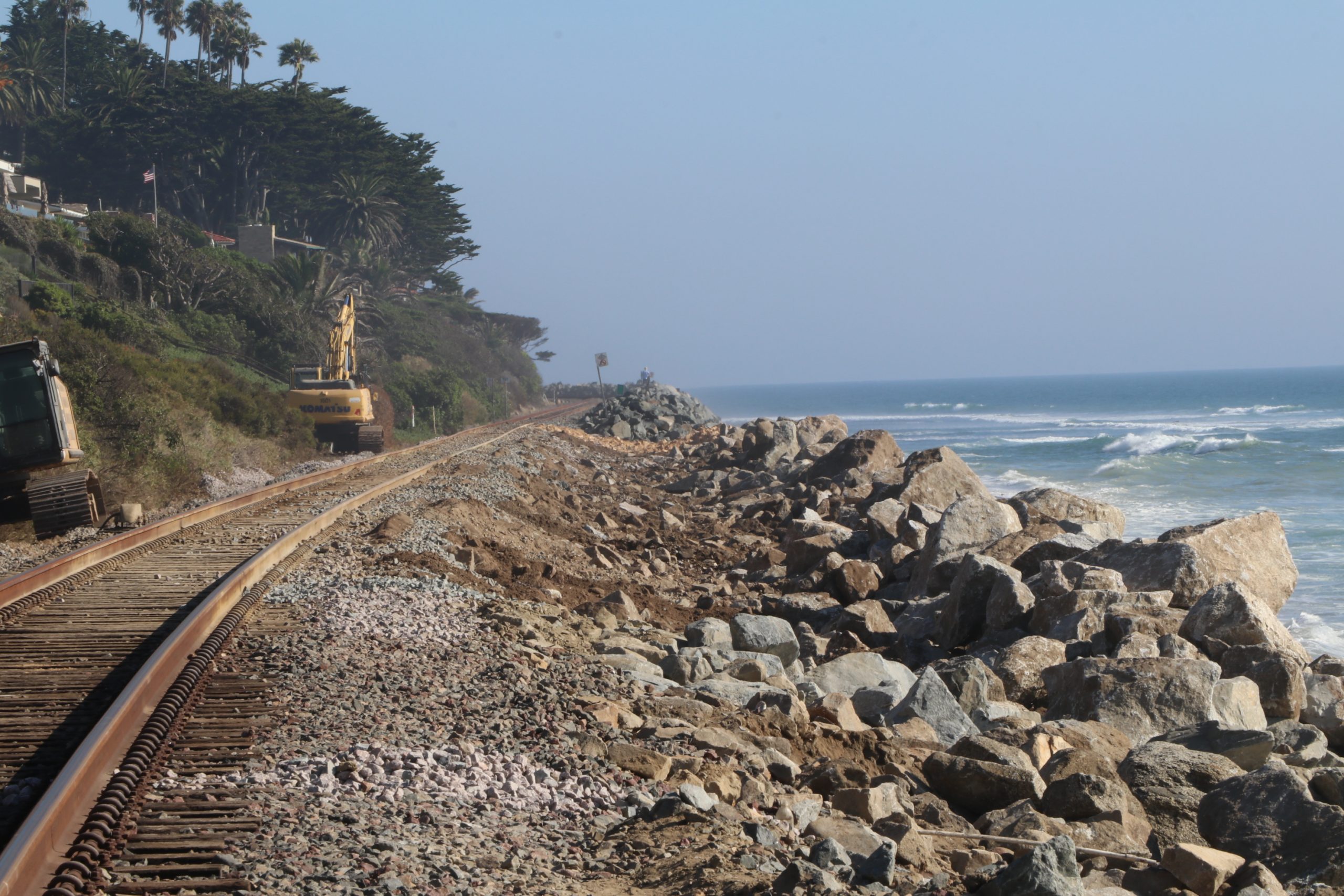 Government funding to the San Clemente Sand Replenishment Project will not be coming as early as some may have hoped.

Rep. Mike Levin’s office confirmed Friday afternoon, Jan. 28, that the U.S. Army Corps of Engineers decided not to allocate funding to kickstart the shoreline project that’s intended to place nearly 251,000 cubic yards of sand on the beach from Linda Lane to T-Street.

“While the project was not included in this year’s Army Corps allocation under the law, I remain confident that we will get the project funded,” said Levin, in an email to San Clemente Times, referring to the $1.2 trillion Infrastructure Investment and Jobs Act.

The project requires about $14 million to get off the ground, including $9.2 million from the federal government. Levin on Friday remained optimistic about finding another source for the $9.2 million necessary to begin the first phase in the near future.

On Nov. 15, 2021, President Joe Biden signed the bipartisan infrastructure bill into law, which allocated more than $17 billion to the Army Corps for it to distribute toward various infrastructure projects.

Levin had said during a press conference earlier in January that his relationship with the Army Corps gave him reason to believe that the development was “heading in the right direction.”

More than a week later, however, on Jan. 19, Levin announced that $30.5 million of the Army Corps’ infrastructure monies be used for the Encinitas-Solana Beach Coastal Storm Damage Reduction Project and $1.8 million would be spent on the Oceanside Special Shoreline Study.