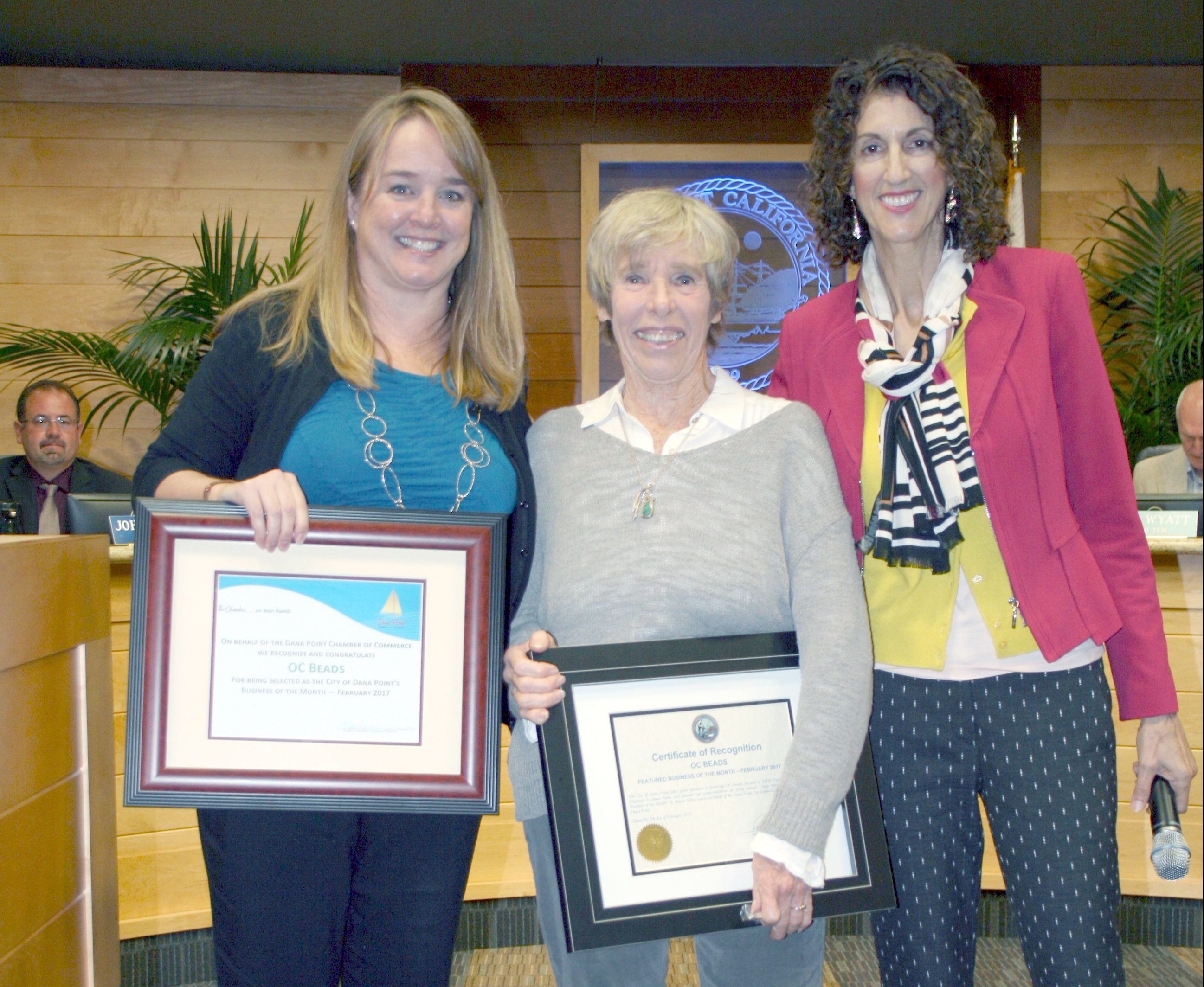 During the Feb. 7 City Council meeting, OC Beads was named Business of the Month for February.

Owner Sue Osborne has been an entrepreneur throughout her career, which has included interior design, food and art. In 1994 she saw a need for a bead store in Mill Valley, up in the San Francisco Bay area, and without knowing anything about beads, Sue jumped in with two feet to open her first bead store.

From there, she grew and opened a store in La Jolla, then moved to South Orange County and finally found her home in Dana Point in 2012. In March of 2016, OC Beads opened their current store on Pacific Coast Highway.