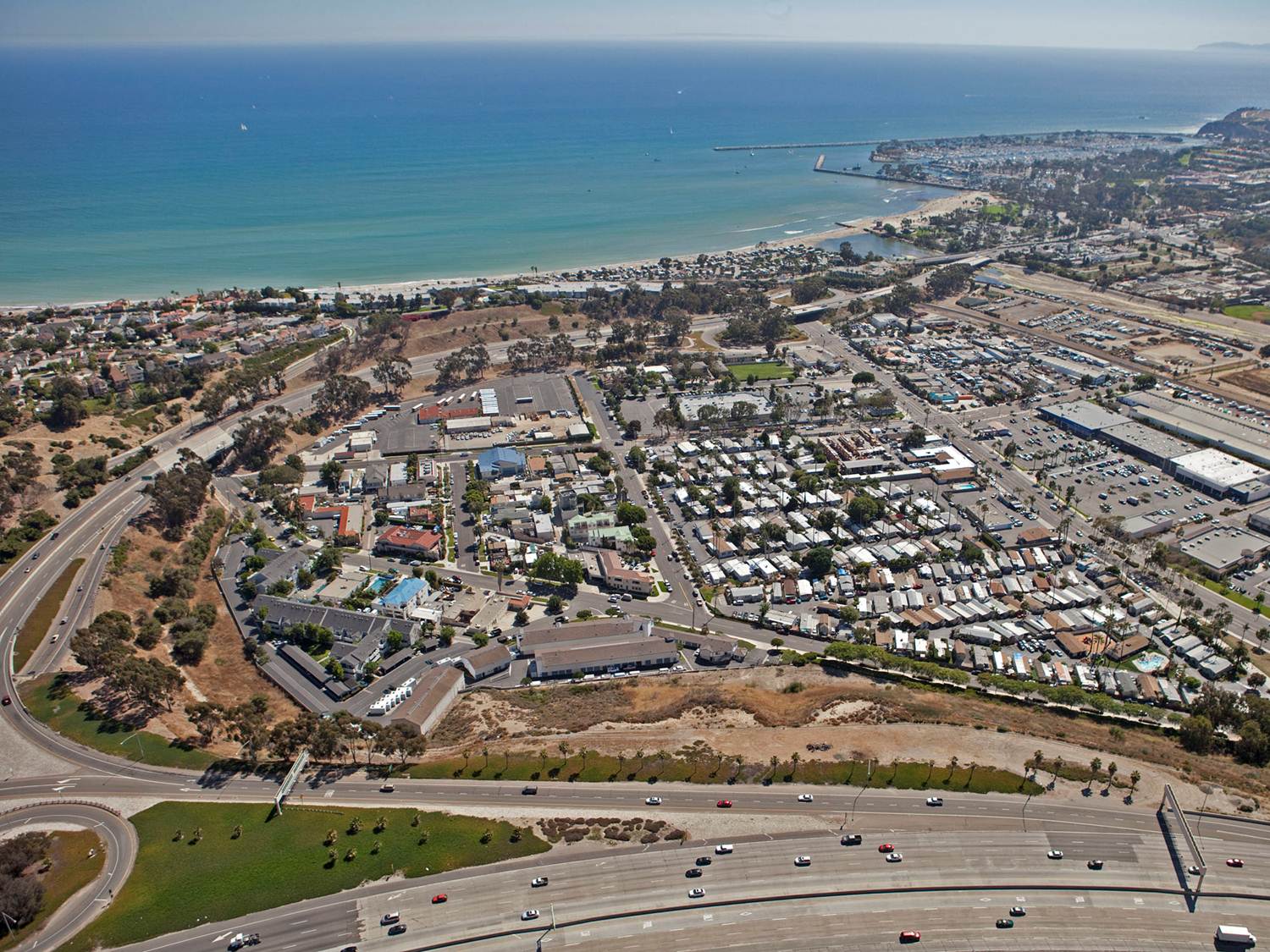 City says staff shortage and other priorities have postponed projects

With the long-awaited $19 million Town Center Lantern District revitalization underway, or at least the city’s and South Coast Water District’s first construction phases funded and moving forward, many are wondering what’s next in line for the Dana Point community as far as development goes.

The county’s planned $140 million revamp of the Dana Point Harbor is inching forward. With portions of the overhaul plan approved by the California Coastal Commission, OC Dana Point Harbor staff is moving through the city’s channels for a Coastal Development Permit.

A draft CDP application was recently wheeled into City Hall for initial city review, as reported by Community Development Director Ursula Luna-Reynosa at a joint meeting of the Dana Point City Council and Planning Commission Tuesday night. The application is only a draft, OC Dana Point Harbor Director Brad Gross said in an email. It still requires city feedback before a final submittal, he said.

This is the next step in Orange County’s move to renovate and refurbish aging Harbor structures—on land and sea—that were constructed in the late ’60s. If approved, and things go according to plan, the Harbor project will greatly change the look of the county’s southernmost port.

The Harbor revamp, coupled with the city’s roadwork on Pacific Coast Highway, and later on Del Prado Avenue, will likely alter the cityscape many know today.

City funding for Del Prado street work has not yet been identified.

Once city work is completed, both PCH and Del Prado will become two-way roads, with added medians, bus pullouts and new landscaping. The city’s aim has been to create a pedestrian-friendly core in order to promote new mixed-use development, including housing, retail and restaurant elements.

Town Center’s first mixed-use development received a unanimous OK from the Planning Commission in December. The project will see a vacant lot at Del Prado Avenue and Violet Lantern transformed into a three-story residential and retail building, with three-levels of underground parking.

Talks about changing zoning codes and making street changes to Capistrano Beach’s Doheny Village, to promote similar development, have swirled for years. The city even hired Town Center project consultant, ROMA Design Group, to assist with plans for the 0.5-square-mile section of town.

But as City Manager Doug Chotkevys said Tuesday night, that project “has been put on the back burner and the heat turned off.”

Things heated up for Doheny Village in 2011, when a series of public scoping meetings were held. Residents turned out to a January 2012 joint council/commission meeting in droves, highlighting safety concerns and hopes for the area’s revitalization. Things appeared to be moving forward. But in 2013, when the City Council’s focus turned to Town Center, Doheny Village plans took the backseat.

Tuesday night, Capistrano Beach residents Buck and Betty Hill asked the joint bodies to not overlook the needs of other areas of town, specifically those in their neighborhood.

“I worry that this is absorbing too much of our resources,” Betty Hill said of Town Center plans. Her husband, Buck, echoed the same sentiment, asking commissioners and council members if they were balancing Town Center needs and expenditures with those in the rest of town.

“Capistrano Beach and Doheny Village also have some needs,” Buck Hill said. “As you consider all these expenditures, look at how they impact the entire town … make sure we don’t get too one-sided.”

Over the past few years, small-scale changes—mostly in the business community—have made their way to Capistrano Beach. Many longstanding businesses like El Patio Café, Doheny Builders Supply and Doheny Plumbing, Inc. have been joined by area newcomers such as 2nd Hand Treasures, The Surfin’ Cowboy, Doheny Clothing Exchange and DePalma Clothing, Inc.

The City Council last received an update from the San Francisco-based firm, ROMA, in June. Only general ideas were discussed at the summer meeting where ROMA’s Boris Dramov, also the Town Center consultant, was on hand for a presentation and discussion. At the time, Luna-Reynosa said the city’s goal was to have finalized plans before the end of 2013, but that deadline came and went.

Tuesday night, during a presentation of the Community Development Department’s 2014 work plan, city staff highlighted a staffing need and lack of resources in moving certain projects along.

“We just don’t have the resources,” Chotkevys said of the Doheny Village project. “Quite honestly, if we get something moving, changes will likely not be seen for at least three years.”

Ultimately, Doheny Village plans will have to gain approval from three bodies including the California Coastal Commission, city Planning Commission and City Council. It is a process, city staff emphasized, that takes resources and time.

“With respect to the Doheny Village project, it sends a message to other residents that we represent all the folks in Dana Point,” Councilman Scott Schoeffel said Tuesday. “Giving them some advanced planning on a great project is the right thing.”

Tuesday, city staff asked the council to consider refunding a vacant position in the planning division. When the economic downturn hit in 2008, an assistant planner position went vacant and has since been left unfunded, Luna-Reynosa said. But over the last year, the division’s service counter, which handles planning needs of community members and developers, has seen an uptick in traffic.

According to a staff report, counter visits peaked in August and November of last year, with about 400 visits in both months. Prior to that, visitations peaked at 332 in June 2009. The city began collecting such data in January 2008.

“With what we are experiencing … We need to be responsive to current levels,” Luna-Reynosa told the council, adding that her staff understands that time is money, and with small businesses time waiting can also mean money lost.

Luna-Reynosa said re-staffing the vacant position would take senior planners away from the counter so they could focus on advanced planning projects, like the Town Center, Dana Point Harbor and Doheny Village revitalizations. That night, the council moved to direct staff to commission a city fee study to make sure it stays competitive in rates, and directed staff to refund an associate planner. The motions passed with a 4-1 and 3-2 votes, respectively. Councilmen Carlos Olvera and Bill Brough had the two dissenting votes on refunding the planning position.

While both Brough and Olvera expressed excitement over the city’s increased workload, both suggested hiring a contractor to fill the immediate need, rather than refilling a full-time staffing position.

“We have created our own boom economy,” Olvera said in an email. “With the start of the Lantern District, we have active investors interested. That boom may last two to three years which is the time frame of completion of our revitalization. A contract planner for one year will eliminate the backlog.

“Instead the council voted to hire a new full time employee as an associate planner, who will most likely be with us until his retirement or replaced when the individual leaves,” he said.

Projects in the Pipeline

Currently stacking up on the Community Development Department’s caseload is a variety of projects.

From parking management plans and strategies in the city’s downtown corridor to a major hotel proposal at the city’s gateway entrance, city planners are working through the details to process development applications and move them onto the next phase.

Here is a snapshot of projects in the pipeline and some that could be on the horizon.

Doheny Hotel: The Planning Commission will continue a public hearing on Monday, Feb. 10 on the proposed two- to five-story hotel at Pacific Coast Highway and Dana Point Harbor Drive. As they currently stand, the hotel’s plans would require a city height variance.

Town Center/Lantern District Parking Plan: Planning commissioners and council members received an update Tuesday on a parking management plan for Town Center. The council extended a contract with the city’s parking consultant, who is expected to have a finalized plan finished this spring. Once approved at the city level, parking plans must go before the Coastal Commission, a process that could take years with the commission’s current backlog.

Del Obispo Property: A public scoping meeting for a proposed 169-unit mixed-use development at Pacific Coast Highway and Del Obispo Street was held Wednesday. Plans are still in the early, conceptual phases. Public comments are being accepted until Feb. 13. Comments can be emailed to senior planner, Kurth Nelson, at knelson@danapoint.org. A draft report is available for public review at www.danapoint.org.

General Plan: While the city has embarked on a comprehensive general plan to streamline a patchwork of site-specific plans throughout the city several times, competing priorities have pushed the plan aside. The city now has a grant to embark on the project, but staff has said a comprehensive plan could take over three years and cost upwards of $1 million.