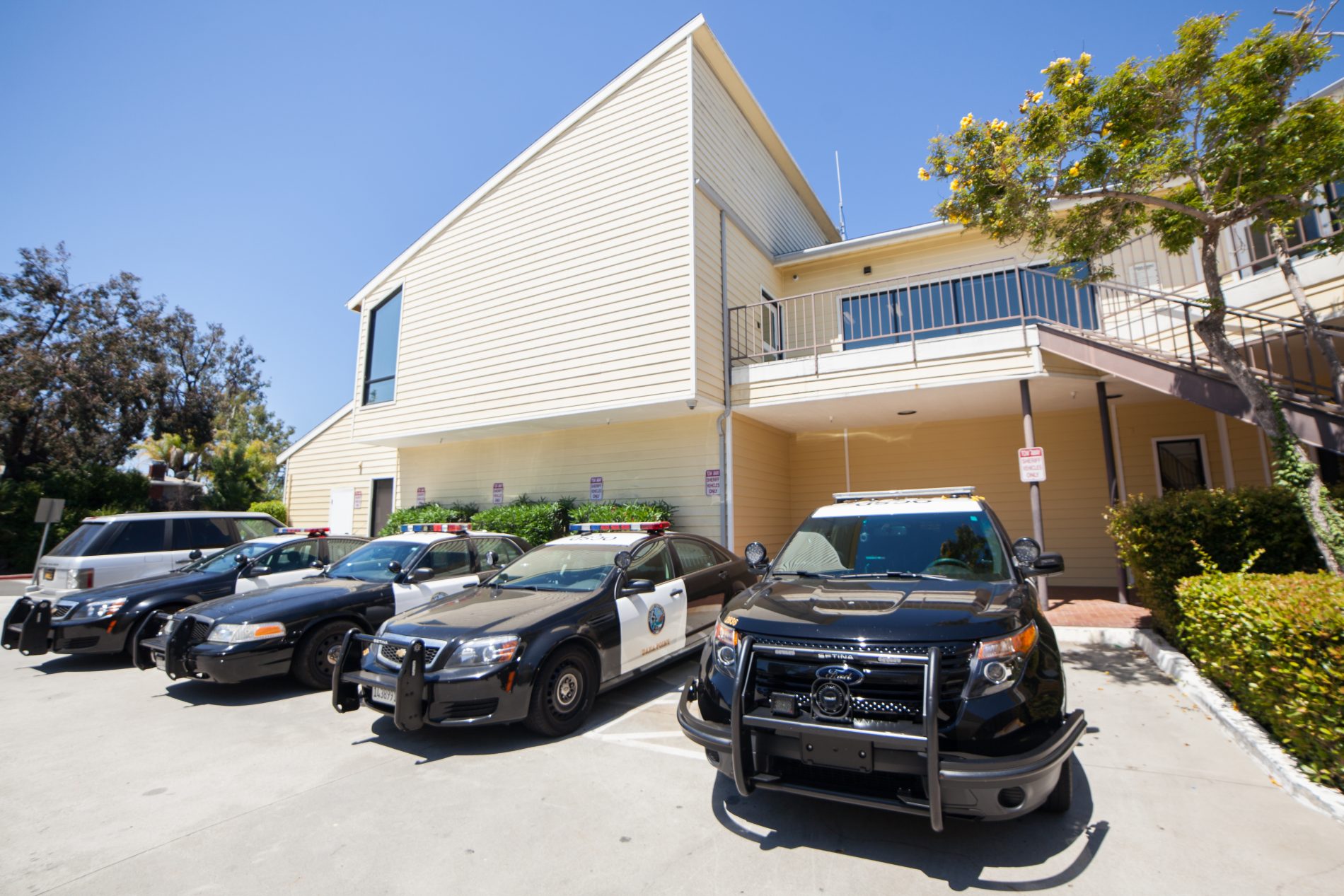 Driving up to City Hall, any Dana Point resident can see a line of black and white patrol cars. Just steps away from those vehicles is the new Dana Point Police Services’ substation.

Previously, before the substation was finished, Dana Point Police Service deputies would travel to Aliso Viejo before their shift.

He said officers now would gain, at minimum, 40 minutes to their patrol shifts.

He added that if deputies had to book evidence, they would have to return to Aliso Viejo, but now they just need to return to City Hall.

In October, the city approved of a contract for the station totaling $923,797.13 with Optima RPM, Inc., but according to a staff report, the potential costs were $1.2 million.

The city’s Police Services will continue to utilize the existing space with the front counter and some of the officers’ desks in addition to the 3,000 square feet of new space.

The new space provides locker rooms for both men and women where each deputy has their own locker. Bathroom, shower facilities and bunk rooms are also provided for staff.

Administrative Sergeant Kamelia Cappel said that specific space will be beneficial for those deputies who may work the overnight shift and have court in the morning.

“Sometimes there’s a three-hour window, and for those deputies who live in areas like Corona, driving back and forth doesn’t really work for them,” Cappel said.

Chilton added if the department had to turn the space into an Emergency Operation Center, they would be able to do that with the new space.

“We would have a place for staff to sleep and shower if need be,” Chilton said.

The new space also includes a briefing room, an area for report writing, a full-fledged evidence room, an area to clean their equipment and more.

In addition to the space, the department’s patrol vehicles will now all be housed at the station.

“This is a full blown police station; [residents] are always going to see patrol cars here,” Chilton said. “We have 19 vehicles, and they’re not all in service at one given time. They’re here for the oncoming shifts.”

Chilton is happy with the outcome of the station and believes it will be a benefit for the city.

“It’s centrally located,” Chilton said. “I think every community, if they could, would have their police officers deploy out of the city their assigned to.”

The station officially opened on June 12. As of the July 7-13 issue of the Dana Point Times, Chilton said it was still too early to provide response times out of the new station. He added he would want to get a few months of data and could present information to City Council at the beginning of 2018.