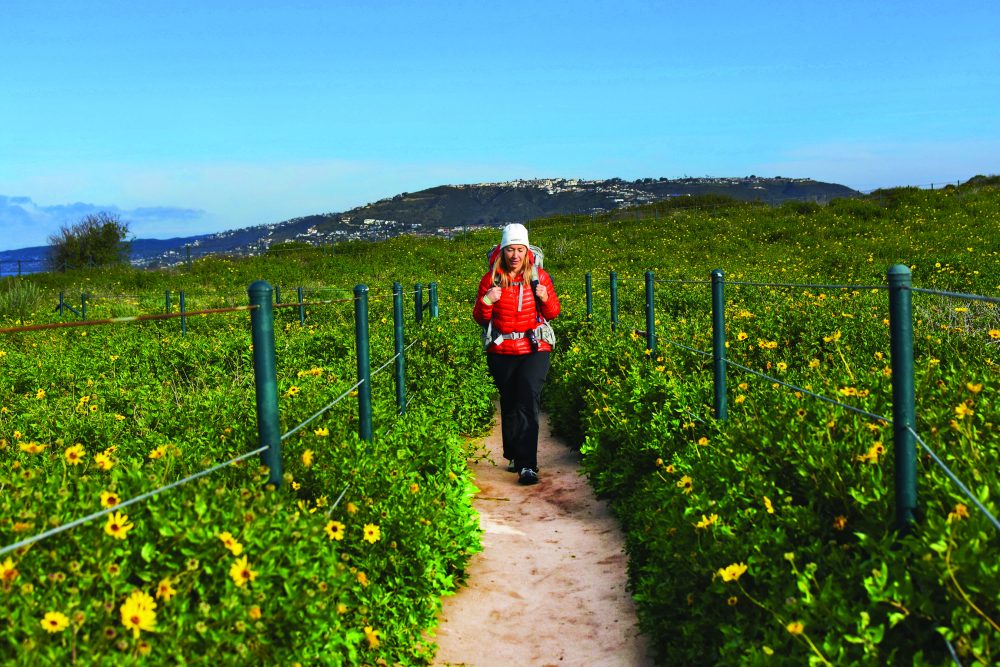 Every Journey Begins With One Step

Kiki MacDonald, a Dana Point resident and San Juan Capistrano business owner, is gearing up to hike about 2,650 miles on the Pacific Crest Trail (PCT). The PCT stretches from the California-Mexico border to Canada, through the Sierra Nevada and Cascade mountain ranges. She’s scheduled her departure for April 17, and in the meantime, you may run into MacDonald trekking the Lantern District, the Headlands or other popular walkable areas in South Orange County.

MacDonald owns and manages Crossfit to the Core in San Juan Capistrano with her husband. When she first decided to hike the PCT, she told her husband she would work odd jobs and sell her homemade tea in order to fund the trip and not reduce their income.

“I love how I’ve been able to connect with so many people throughout this preparation,” MacDonald said. “People I probably wouldn’t have had conversations with otherwise are offering me side gigs, offering to let me stay at their place along the way, supporting me by buying my tea.”

MacDonald has documented her preparation and training on social media pages such as Dana Point Unplugged and on her YouTube channel. She says the support she’s received will help motivate her when she’s on the trail.

“To be doing this at 50 years old, people are telling me I’ve inspired them to take on challenges they’ve been presented with. That means everything to me,” MacDonald said. “A lot of the preparation is mental. You have to be able to tell yourself to keep going.”

MacDonald will be documenting her PCT journey through vlogs on her YouTube channel, Kiki MacDonald, and on her Instagram @hikerkiki. The hike is expected to take five and a half months to complete