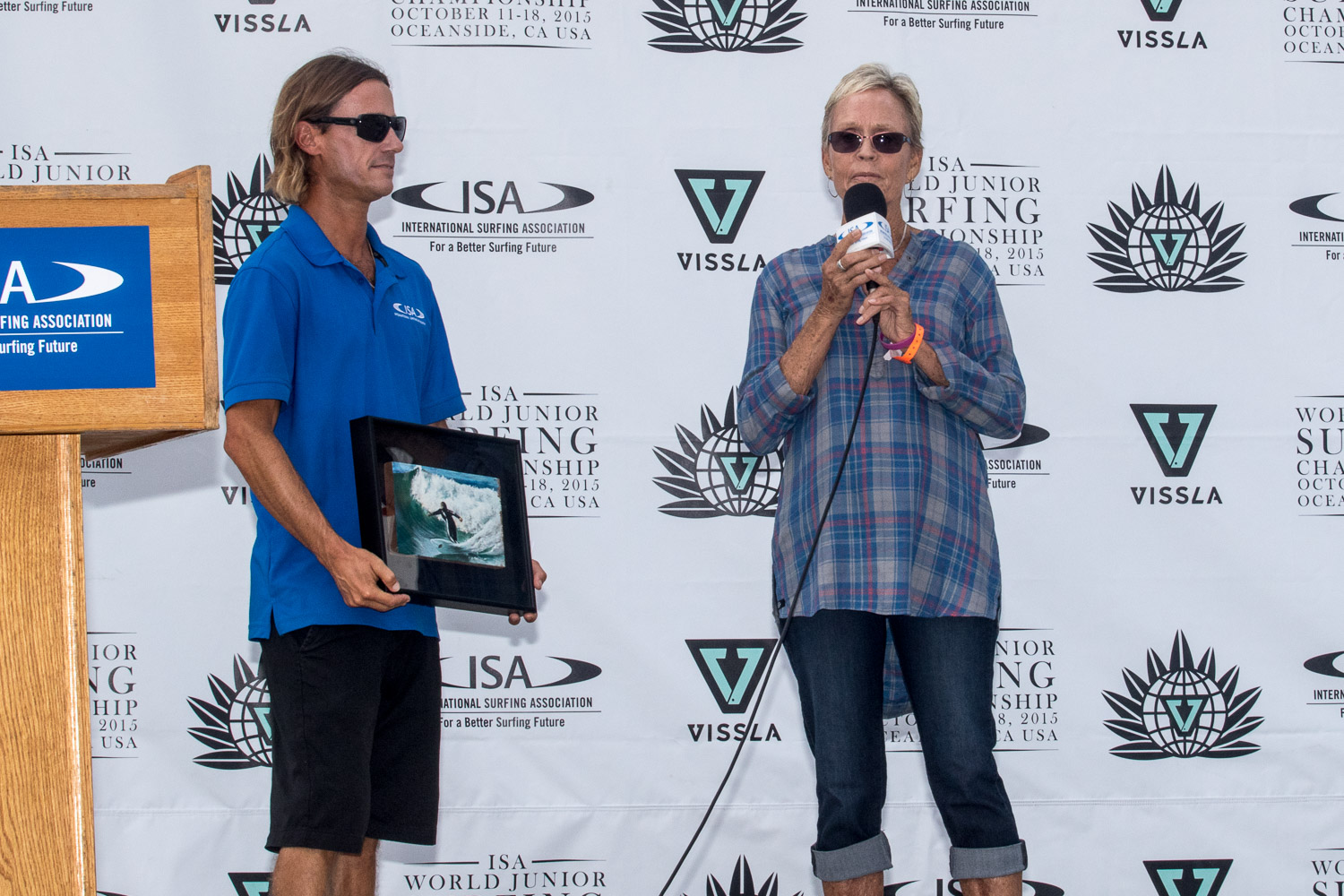 The 2016 Surfing Wall of Fame honorees were announced recently, with two locals named as inductees.

Lorrin “Whitey” Harrison, of Dana Point and San Juan Capistrano, and Mary Lou McGinnis Drummy, of San Clemente will be inducted into the Wall of Fame at ceremony on July 28 in Huntington Beach. Both surfers paved wide roads for future generations to follow.

Harrison was an early pioneer of the sport. Born in Garden Grove in 1913, he grew up drawn to the water and went body surfing in Laguna Beach. When he was in with grade, Harrison built a 5-foot-long plank to ride the waves, and eventually upgraded to a white pine board that he shared with friends.

In 1933, Harrison was among the first surfers at San Onofre, and also took trips to Hawaii (which was a big deal at the time) to surf—and then to live.

Eventually, Harrison came back to Southern California and inherited an adobe home in San Juan Capistrano from his second wife’s grandmother. The house was known as a “hide house” where hides were originally stored between early ship arrivals. On the property, is the famous barn where Harrison completed and stored much of his shaping of redwood surfboards, paddleboards and outrigger canoes. The barn was later converted into a surfboard shop where Harrison continued to shape rental boards and complete other surf-related projects. Harrison died of a heart attack in 1993.

Harrison also has a 20-Mile, 9-Man Outrigger canoe race named after him. The Whitey Harrison Classic is in its 46th year and runs from Dana Point Harbor to Laguna Beach and back.

Mary Lou McGinnis Drummy, meanwhile, is also well-known and revered in the local surf culture. Dummy competed up and down the California coast in the ’60s and ’70s as one of the best surfers—male or female—in her time.

She parlayed that success into several roles as an extra in Hollywood films, and was the first woman to star in a feature surf film, Follow Me.

Drummy is an advocate for women’s surfing, having started the Women’s International Surfing Assocaition, which eventually merged with the Western Surfing Association, of which she serves as executive director. Drummy has also raised four children, and three became professional surfers.

Dummy will receive the Woman of the Year award at the celebration. Harrison will be honored with the Surf Pioneer honor. Other inductees include Bob Hurley, founder of the iconic surf clothing brand; Timmy Turner, a filmmaker and surf business owner; and surfers C.J. Hobgood and Joey Cabell.

For more information, visit www.surfingwalkoffame.com. The induction ceremony starts at 10 a.m. on Thursday, July 28, at Jack’s Surfboards, on the corner of Main Street and Pacific Coast Highway in Huntington Beach.