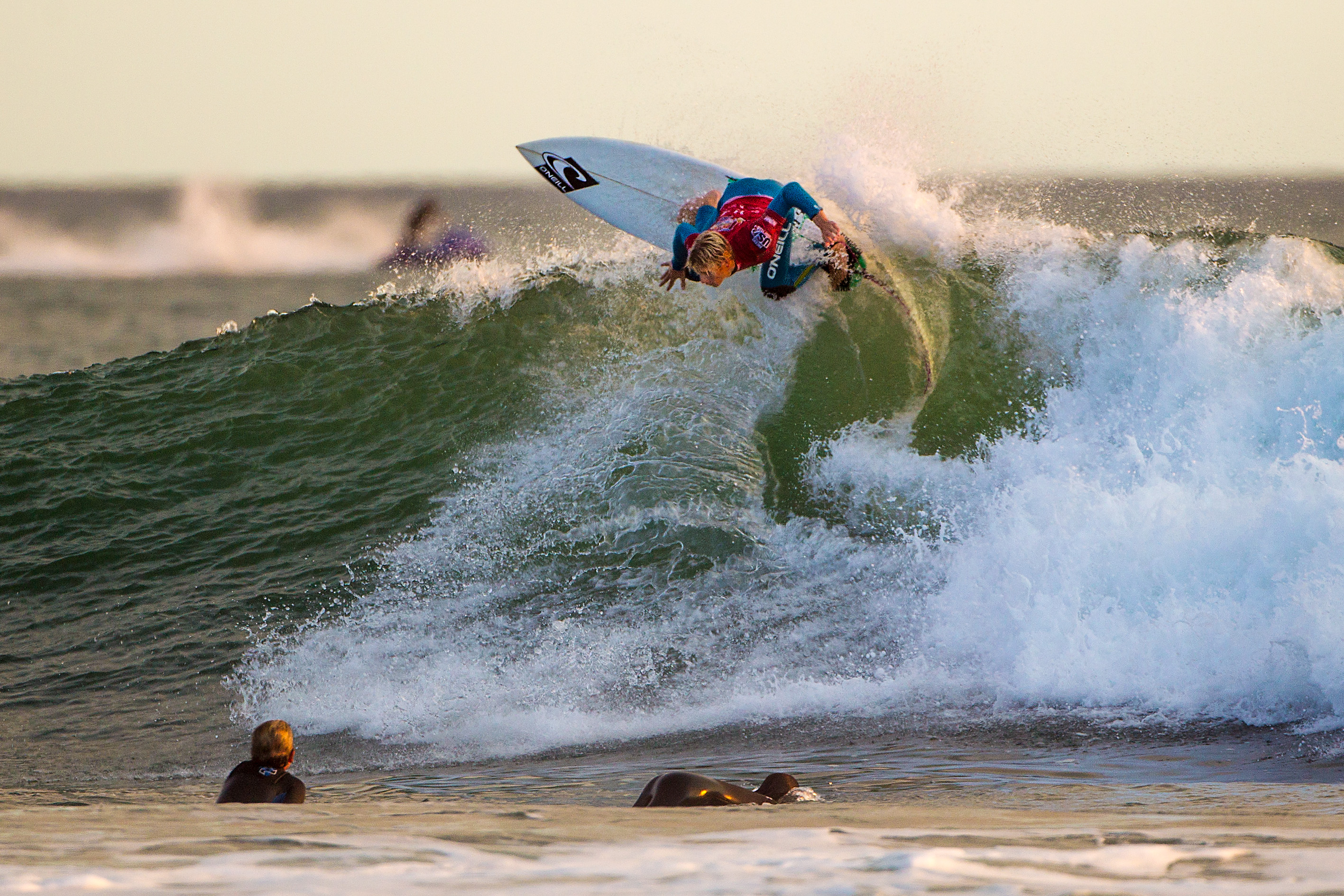 All time at Surfing America Prime event at Church Beach

When competitors in the Surfing America Prime event arrived at Church Beach in the early morning hours of October 5, the waves were pumping and air was still. But by mid-morning a hot off-shore Santa Ana wind kicked in, holding up the wave faces and turning up the heat, both figuratively and literally.

Consistent 4- to 6-foot surf, with sets in the 7-foot range, rolled in at the San Onofre State Park break all day, giving the surfers plenty of opportunity to demonstrate why they are part of the elite invitation-only lineup. Athletes, spectators and judges called the conditions “all time” and “epic” Church, the likes of which hasn’t been seen in recent memory.

San Clemente’s Tia Blanco surfed a near perfect heat in the Girls U18 final, turning in a combined, two-wave score of 17.70 (out of 20) points. Malia Osterkamp, also from San Clemente, came in third in both Girls U18 and U16.

Three local surfers made podium appearances in boys’ competition as well. Kei Kobayashi of San Clemente performed well throughout the day making his run to the Boys U16 final look easy.

Kobayashi brought home a fourth-place trophy in the very close heat where only 1.5 points separated him from the winner, Micky Clarke of Ventura. San Clemente’s Colton Ward claimed the runner-up spot in Boys U18 behind Thelen McKinna-Worrell of Malibu, 18.37 to 15.93. Ward’s performance included a perfect 10. Jake Davis of Capistrano Beach finished third in Boys U18.

The next Surfing America Prime event is set for December, 14-15 at Salt Creek Beach in Dana Point. For more information, see www.surfingamerica.org.