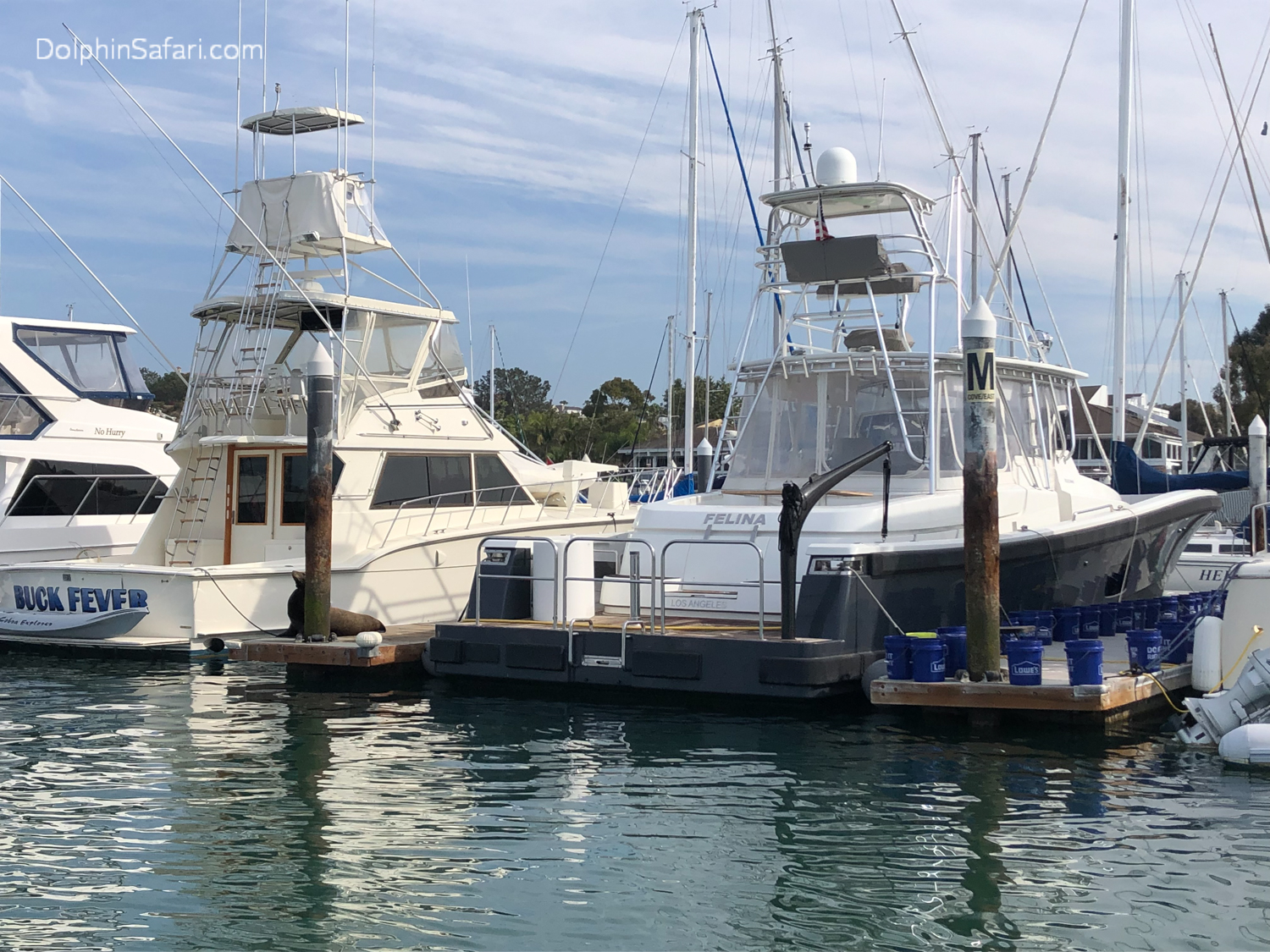 Officials with Pacific Marine Mammal Center say the organization is aware of the large, male sea lion with plastic entangled around its neck in Dana Point Harbor—but the public is still encouraged to continue reporting sightings.

The sea lion was first reported to PMMC in early July but in order for rescue workers to obtain approval from the National Oceanic and Atmospheric Administration (NOAA), a pattern of the sea lion’s behavior and whereabouts must first be established.

“People who are seeing the sea lion and calling it into PMMC have really helped us establish that pattern,” said Krysta Higuchi, PMMC’s public relations manager. “It looks bad and it is heartbreaking to see the plastic wrapping around its neck, but we are doing everything we can to get this animal help.”

Higuchi estimates that a rescue attempt will take place any day now but there are “a lot of moving parts.” Rescue officials will likely be using remote dart sedation, which can be risky.

“We have to make sure we are using the right dosage so you get the animal sedated just enough for a successful rescue but not so sedated that it disappears,” Higuchi said.

PMMC administered remote dart sedation for a similar case earlier this year. On the morning of April 15, the group partnered with Orange County Sherriff’s Harbor Patrol and NOAA officials to attempt a rescue of a severely entangled sea lion named Loki that had evaded rescuers for almost six weeks prior.

Though the injury was considered life threatening, the subadult sea lion was at a healthy body weight and was still alert, active and aware. Because of this, PMMC needed to get approval for remote dart sedation.

In a total group effort that involved five boats in the water, PMMC veterinarian, Dr. Alissa Deming, was able to safely deploy the dart and deliver the sedatives necessary to rescue the entangled sea lion.

“It took about 20 minutes for Loki to be sedated,” Higuchi said. “About half of the sedative was administered before the rest fell out. It was very lucky for us that the animal remained with the rescuers as opposed to swimming off.”

Once the sedated sea lion was safely back on the dock, the PMMC team was able to get a closer look. The injury was worse than originally expected and given a 5% chance at survival. The gillnet entanglement had cut through his neck creating a hole that extended into his oral cavity and was also deeply embedded in his skin in other locations. His prognosis was very guarded and he was going to need multiple surgeries to fix his injuries.

Dr. Tammy Da Costa Gomez, board certified small animal surgeon who sits on the Board of Directors at the Marine Mammal Care Center in San Pedro, volunteered to perform Loki’s oropharyngeal repair. To fix the hole that was made from the monofilament, she cut a hole from his neck into the back of his oral cavity.

Loki survived a severe entanglement, remote dart sedation, two surgeries and he was released back into the wild on May 21. Few entangled marine mammals are as lucky as Loki, according to PMMC officials. Most succumb to their entanglements before any intervention can be made.

Entanglements caused by commercial fishing operations continue to be one of the largest causes of injury and death to marine mammals. Estimates indicate that more than 650,000 marine mammals worldwide die as unintended fishery bycatch every single year. These entanglements can lead to months of suffering, with many ultimately drowning or starving to death.

“Every year, PMMC and other marine mammal rescue facilities see similar cases. There needs to be a public outcry about unsustainable and harmful fisheries, and only the consumer can make that impact since most of these poor fishing practices occur in international waters—where State and Federal regulations cannot be enforced,” said Deming.

Deming added that there are lots of ways people can decrease the demand for fish capture in gillnets that are commonly the cause of entanglement of pinnipeds and dolphins, such as supporting sustainably caught seafood, like hook and line caught halibut.