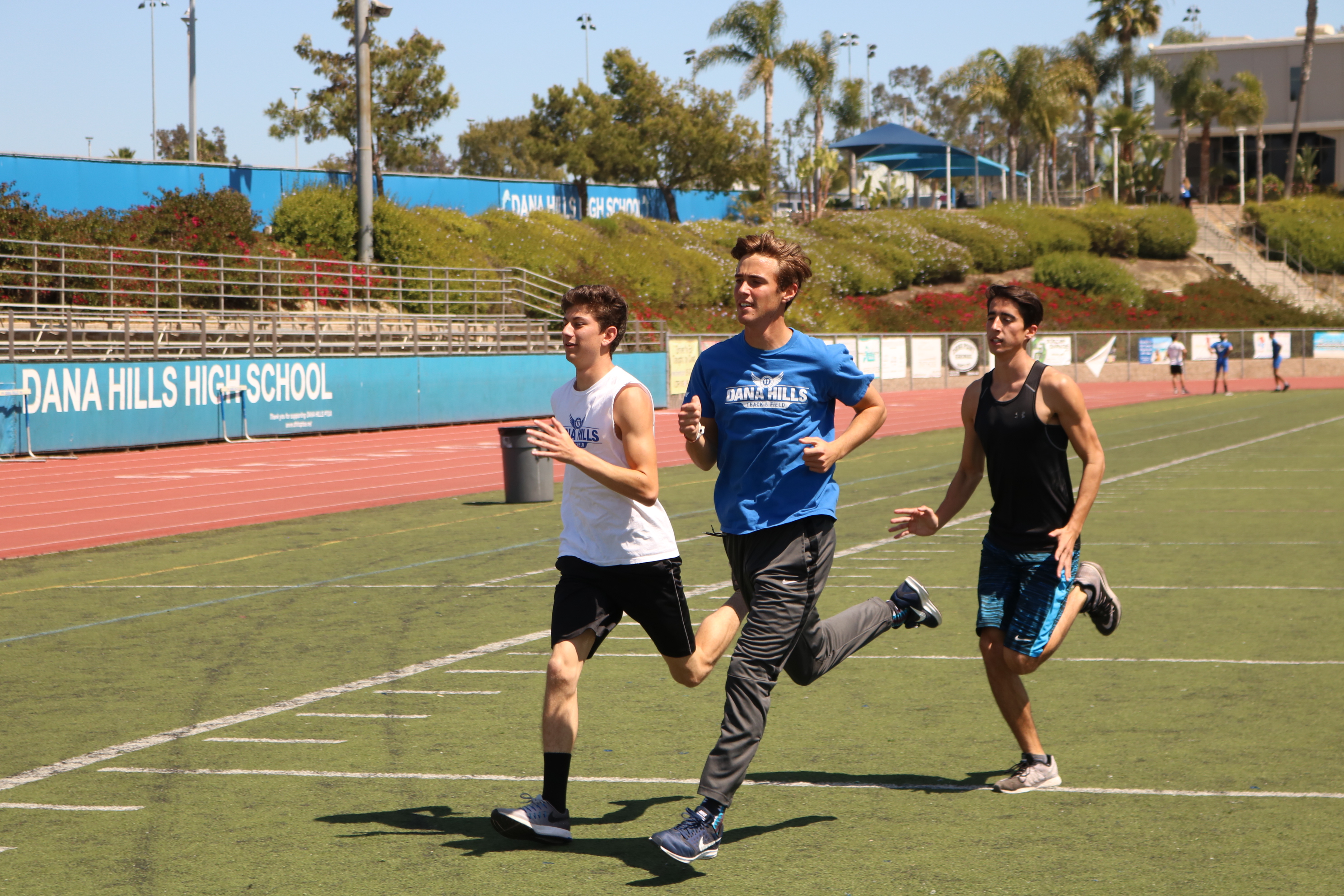 To many, track and field can look like a sport of individuals with one person running, jumping or throwing at a time.

But for the Dana Hills track team, the highlight has been team efforts from the 4×400-meter relay squads, and the boys 4×400-meter team could potentially close out a team championship at the Orange County Championships on Saturday, April 14 at Mission Viejo High School.

“I would say they’re a little bit above expectations,” Dana Hills coach Keith Chambers said. “To take the boys and to take the girls and to sit where they are, they’re pretty much where we want them to be at this point. Now it’s focusing on their open events too and making sure they can put both things together, open events and relays. There’s a lot of energy and excitement around the relays, and they want to have the same energy for the open events also.”

The two relay teams have stood out at two of the nation’s most prominent track and field meets.

Dana Hills was one of only two schools to have both 4×400 teams reach the finals at the Texas Relays. At the Arcadia Invitational on April 7, the boys earned silver with a second-place finish, and the girls posted their fastest time of the season for that state No. 2 time.

“All those kids on the 4×4’s,” Chambers said, “they’ve really grasped the concept of the competition and the team and the tradition and everything.”

For each runner, it’d be hard not to latch onto the relays spirit.

“It’s intense, but it’s definitely different from the open event,” Halvax said. “You’re running for your team, rather than yourself. You don’t want to let your team down.”

The 4×400-meter relay is usually the last event of a track meet. It gives the event its own spotlight as all the fans and the rest of the track team that might be scattered around a venue during the meet can focus on one race, which gives the event a bit of a jolt.

“It’s invigorating,” Rind said. “There’s definitely a lot more energy because your teammates are there for you. When someone hands the stick off to you, it’s an interaction and communication. You see they’re behind and you need to catch up for them, or you’re behind and someone will help you out.”

The boys relay team heads a strong group that will be in contention for the county title.

With each member of the relay running their own strong individual races, the Dolphins getting big distance points from senior Jack Landgraf and sophomore Caleb Niednagel among others and senior Max McKhann being a factor in the throws, Dana Hills has one of the better county contingents to take on Los Alamitos and Woodbridge.