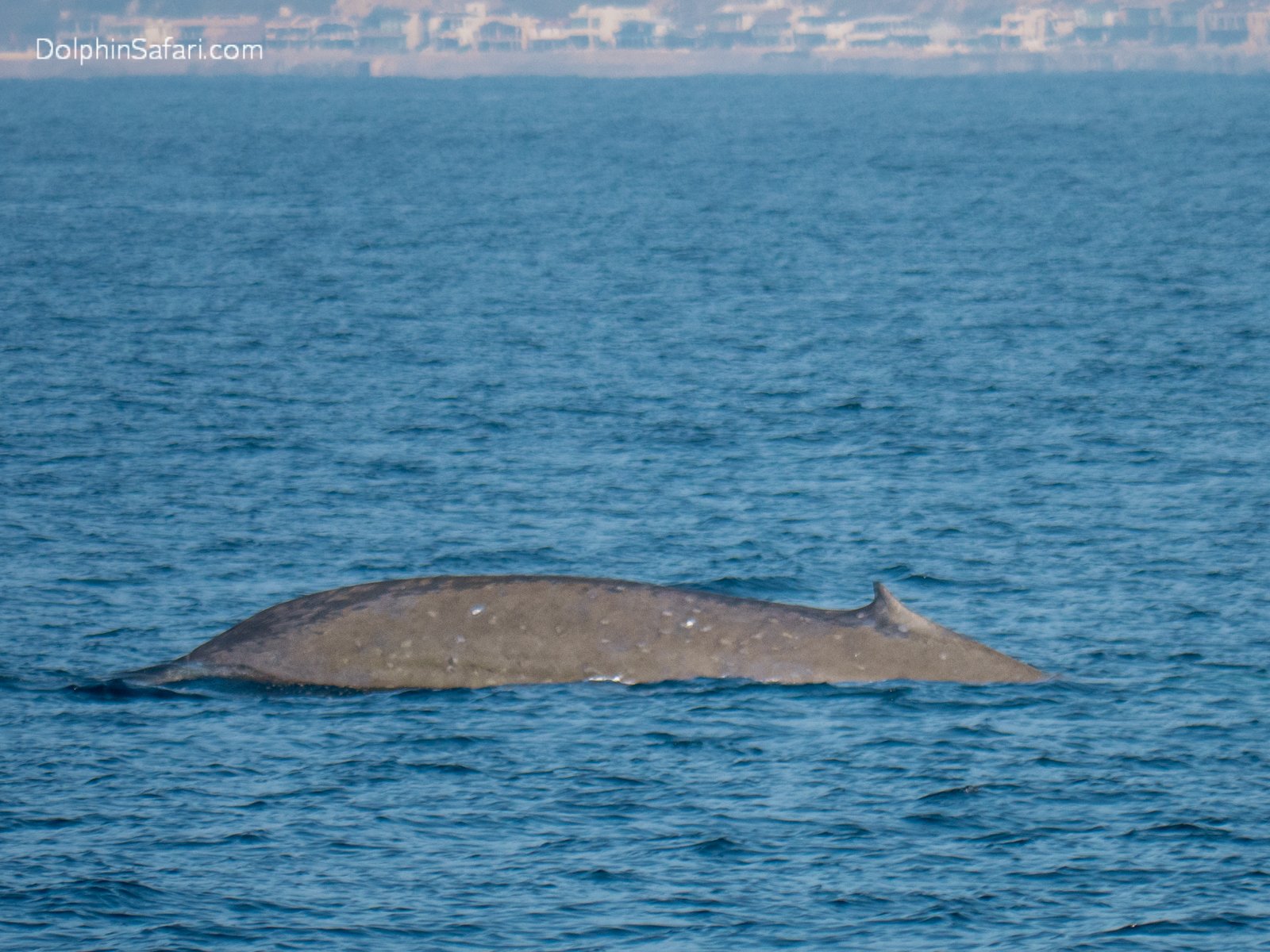 While it’s common to see fin whales, minke whales and humpback whales migrating south off Dana Point’s shores in November, it’s not every day that a whale watcher catches sight of a blue whale.

A young, eagle-eyed passenger aboard a catamaran from Capt. Dave’s Dolphin & Whale Watching Safari caught sight of the blue whale off the Headlands on Saturday morning, Nov. 20.

Blue whale sightings have been recorded only a handful of times in the past two decades by Capt. Dave’s, with the last sighting in November 2011. Prior to that, blue whales were seen in November of 2007, 2008, and 2009. Typically, blue whales are seen off Southern California from May through October.

Blue whales migrate to feed on krill off the West Coast. The whales are a protected species after being hunted to near extinction in the early 1900s.

According to a Capt. Dave’s press release, the backlog of container ships at Southern California ports has created growing concern of collisions between ships and large whales. Endangered blue whales are the largest known animal to have ever lived on Earth.