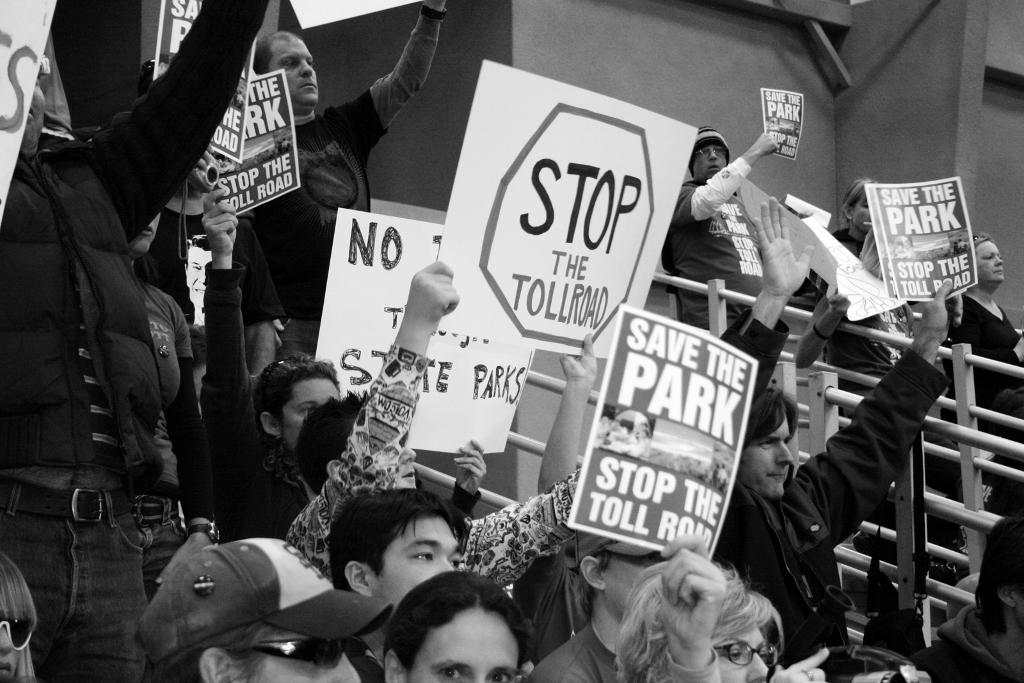 An amended agreement between the Foothill/Eastern Transportation Corridor Agency and California Department of Transportation approved last week has invited speculation about whether a toll road connection to Interstate 5 near Trestles will ever be attempted again. But officials at the agency say it’s too early to pronounce Foothill South dead.

The agreement, which was approved by the agency’s board by an 8-6 vote, with San Clemente Mayor Bob Baker among those voting in opposition, extends the period the TCA can collect tolls on the 241 until 2053. However, the agreement, as currently written, forbids the collection of tolls for any extension of the toll road south of its current terminus at Oso Parkway after 2041.

This means any extension, including a proposal to extend the terminus to Cow Camp Road near Rancho Mission Viejo, or any revised plan to connect the toll road to Interstate 5 nearer to the San Diego County line in San Clemente, would have to pay for itself by 2041. After the TCA loses its right to collect tolls, the roads, which belong to Caltrans, become free.

The Foothill East board manages the 133, 241 and 261 toll roads. A separate TCA board, the San Joaquin Hills Transportation Corridor Agency manages the 73 toll road between San Juan Capistrano and Newport Beach. San Clemente City Councilman Jim Evert is the city representative on that board.

Whether this means permanent relief for San Clemente residents opposing the toll road—who have kept an eye on the plans of the agency since the California Coastal Commission and Department of the Commerce rejected a proposal to connect the 241 near Trestles—is still to be decided.

The opposition to the toll road was a galvanizing issue for activists in the city for the last decade, leading to a coalition of environmental groups, surfing organizations and others to oppose a proposal to connect the toll road near the San Diego County line.

Opponents of the extension believe that construction of the toll road would lead to significant environmental degradation at the famed Trestles surf break, as well as cause problems for the nearby San Juan Creek watershed. Proponents cite the increased population of the southern portion of Orange County and already heavy traffic through area on the weekends as reasons to build the road, as well as the need for an alternative route out of the area in case of a disaster.

The county’s planned extension of Avenida La Pata between San Clemente and San Juan Capistrano may help to alleviate some of the traffic issues supporters of the toll road said made the route a necessity. The Cow Camp road extension of the 241 had been seen as a “phased” way of doing the project, though officials did not indicate what the second phase of such a project would be.

Planners of the Rancho Mission Viejo developments have made contingencies for both possibilities in the construction of the development. A move to try and designate the Trestles surf break a historic landmark has been led, as an attempt to try and place an additional brace against future toll road development.

Stefanie Sekich-Quinn, the California policy manager for the Surfrider Foundation, which was at the forefront of opposition to the extension, said she had “mixed feelings” about the result.

“It’s really kind of a bailout, in my opinion,” Sekich-Quinn said. If the ridership of the roads was not such that the agency could be kept afloat, she said, then Caltrans shouldn’t be responsible for helping keep the agency going.

Lisa Telles, a spokesperson for the TCA, noted the current agreement that was just renegotiated represented the sixth such change to the original document, and said such an amendment could easily provide the agency with the ability to build and finance an extension. Telles said the agreement with Caltrans had “nothing to do” with the proposed 241 extension.

“When we build south of Oso Parkway we would have the ability to finance it,” Telles said.

Todd Spitzer, a member of the Orange County Board of Supervisors and TCA board member, also voted against the refinancing, in part for what he saw as unnecessary politicization. Spitzer said for now he believes, any chance of extending the toll road is essentially dead.

“I feel it’s been significantly hindered to the point it’s on its last breath,” Spitzer said. “I really do think that was the nail in the coffin, at least in regard to this administration.”

By taking away the right to collect tolls after 2041, Spitzer said, the state removed any chance of financing the road south of Oso Parkway. Without the promise of tolls to repay construction costs, he said, there was no reason to build.

Spitzer said he believed Gov. Jerry Brown was personally opposed to the extension of the toll road, which was evidenced by the TCA having to negotiate directly with Brian Kelly, the state Secretary of Transportation, rather than a lower level person at Caltrans. Spitzer said he believed Caltrans could have downgraded Foothill East if the agreement had not been agreed to, essentially forcing the agency to agree to the proposal at risk of losing its business.

“That is way below his pay grade,” Spitzer said. “I absolutely believe the Governor used the cooperative agreement to satisfy the environmentalists against Foothill South.”

Spitzer called the agreement a “total rip-off” that made the refinancing of Foothill East a political point. This was why he voted against the agreement, he said. Those same political considerations, he added, were what led to the San Diego Regional Water Quality Control Board to vote against the TCA’s proposed extension of the toll road to Cow Camp Road in June. The TCA has appealed the decision to the state water board, which is only beginning its review process.

Baker said he voted against the agreement because he thought TCA was going against its basic tenets.

“My concern has been TCA violating its basic principle, to pay off the debt as soon as we can,” Baker said. “I think they’re violating that by refinancing. I’d rather see the roads free as soon as possible.”

Baker said his impression of the negotiations were that TCA officials already had an eye toward renegotiating the cooperative agreement at a later time. At Tuesday’s San Clemente City Council meeting, Baker advised toll road opponents, “Don’t pop the champagne corks yet.”