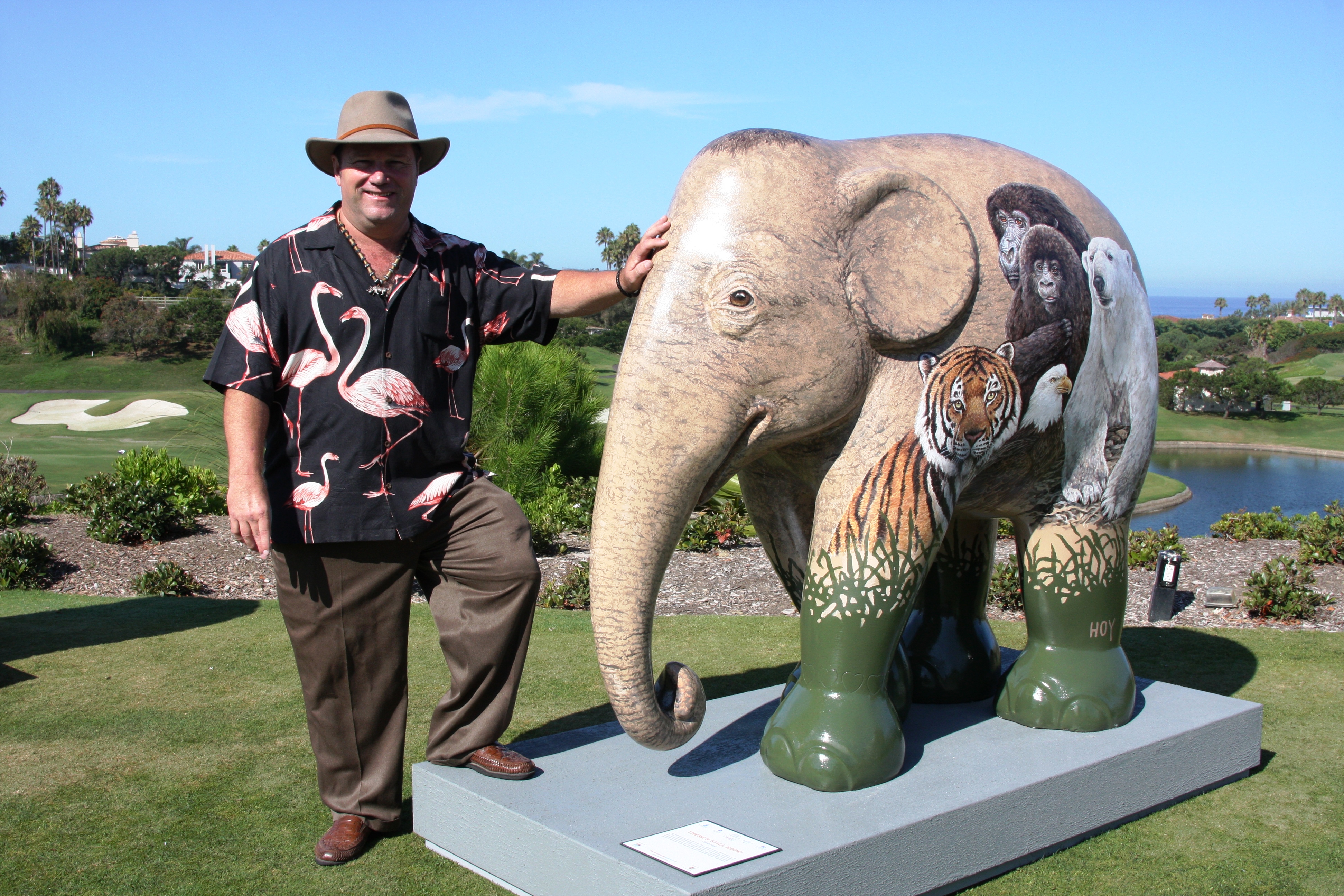 With a stop off at his aunt and uncle’s walk-through safari park in Bandon, Ore., Hoy had his first face-to-face encounter with endangered wildlife. The budding artist’s journey to making a career of depicting wild animals in captivity and in their natural habitats continued as the family traveled north.

It was 1979 and the bald eagle was all but extinct in the California landscape, the lower 48 states and northern Mexico. But upon his arrival in Canada, Hoy spotted the nearly extinct creature. The trip sparked his passion and led him on a decade’s long journey around the globe studying and painting wildlife.

Earlier this year, Hoy was approached by an Elephant Parade organizer to participate in an open-air exhibit around Dana Point. With just three weeks to transform a hollow fiberglass statue of a baby Asian Elephant into a piece of art, Hoy lived in the studio.

His finished work tied his years of travel and documenting wildlife onto one canvas, as endangered cats, primates, bears and birds are depicted on either side of an animal sharing in their plight. The elephant’s name, “There’s Still Hope,” was inspired by Hoy’s introduction to the bald eagle. Today, through conservation and breeding efforts, bald eagle population numbers across the nation are on the rise, Hoy said, “meaning there is still hope for other endangered species.”

Each week, until the herd departs on its next journey, the Dana Point Times is highlighting one local or regional artist’s contribution to the Elephant Parade: Welcome to America, the largest fundraising event for The Asian Elephant Foundation, which is on display until early November.

Taking it to the Kids

Hoy will host an artist’s workshop at the Ocean Institute on Saturday, October 26 and will assist guests ages 3 and up in painting their own miniature elephant sculpture.

“Kids are our future, and I believe in them becoming the ambassadors of our animals,” Hoy said.

All supplies will be provided for free with paid admission to the Ocean Institute. Advanced registration is required. Information can be obtained by calling 949.496.2274 or by visiting www.ocean-institute.org.