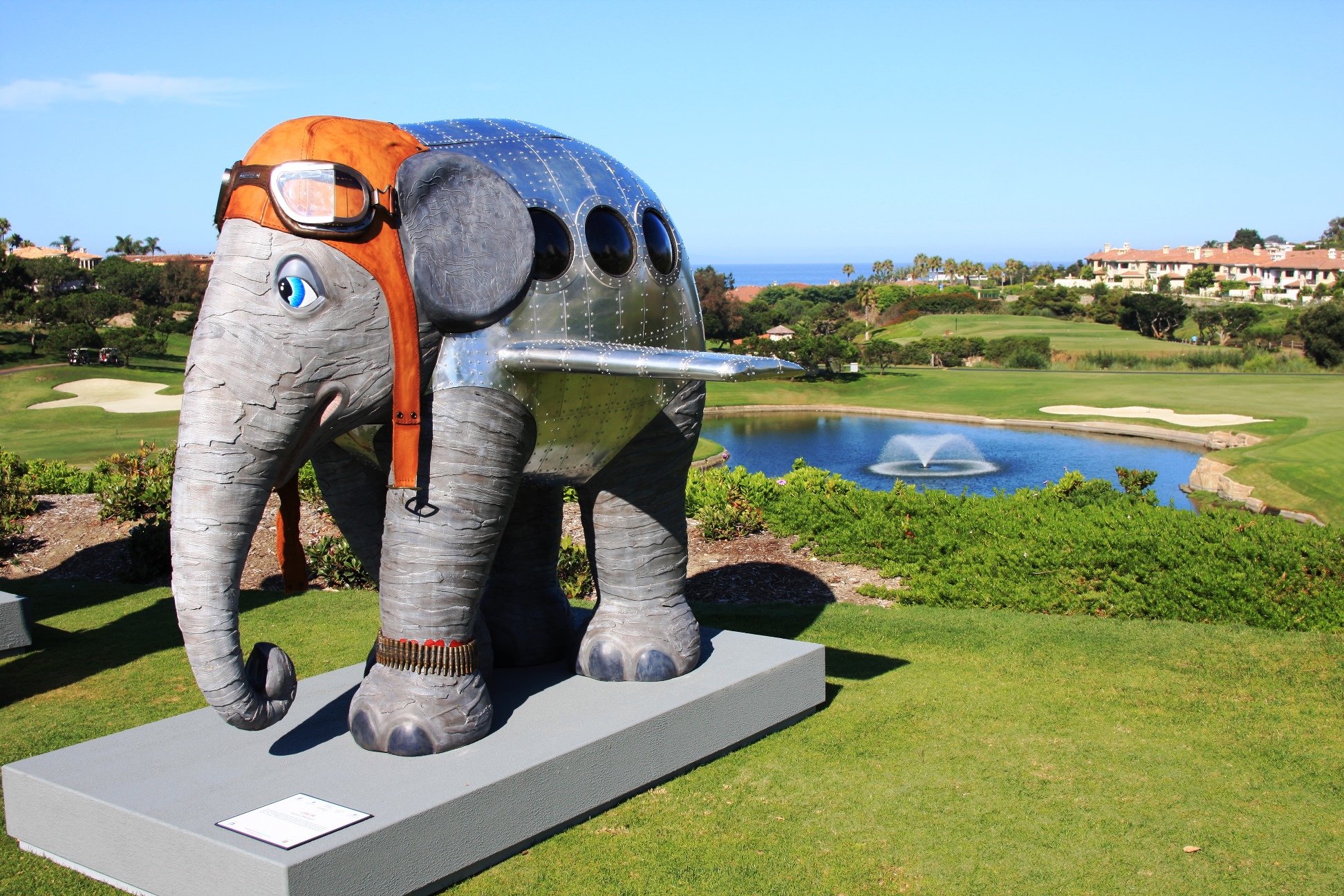 Leading up to the herd’s departure, Elephant Parade co-founder Mike Spits called “Jack” one of the “most exquisite” pieces ever created for the open-air exhibit, which has taken Asian Elephant statues to the streets of Singapore, Milan and Amsterdam, to name a few.

Sunday, the elephant transformed into a World War II era American-bomber, designed by Southern California’s own Dustin Otterbach of recycled materials, pulled in $100,000 for The Asian Elephant Foundation’s conservation efforts.

Otterbach’s creation would carry the foundation’s prime fundraiser to a more than $250,000 total in its American debut. Funds raised go to aid the endangered Asian elephant population.

“Elephant Parade attracted hundreds of thousands of visitors to Dana Point and we are proud to have been given the opportunity to host such a noble cause,” said Mayor Steven Weinberg.

“The elephants brought smiles to all, and our community will forever remember this special event,” Weinberg said.

Of the more than 30 elephants up for auction Sunday at Laguna Cliffs Marriott, 20 received no bids. Other than “Jack” those that were successfully auctioned sold for $20,000 or less. Those collecting no bid will continue on, journeying to the next Elephant Parade locale.

“Our U.S. has been a tremendous success,” Spits said. “This was one of our smaller exhibitions as far as the number of elephants, but the impact has been fantastically large.”

“The success of the event and the funds raised from the auction will help continue our mission of saving a beautiful species from extinction,” Spits added.

A herd of elephants just hit Cardiff, United Kingdom and organizers have hopes to introduce other American cities to the parade.

To  watch Otterbach’s creation of “Jack,” visit www.youtube.com and search “Jack by Otterbach.”