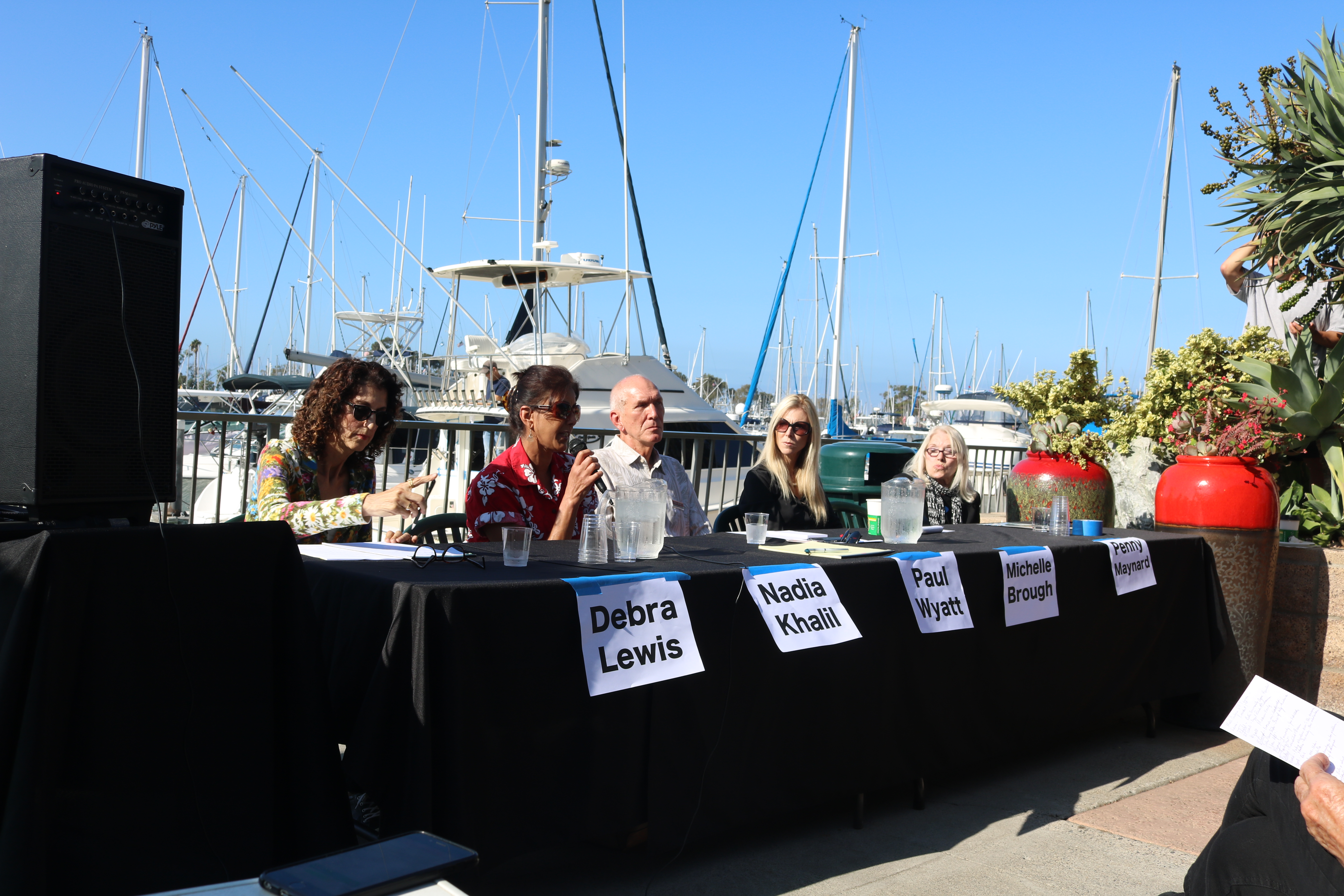 In just a few weeks, two candidates for the Dana Point City Council will be elected to fill two seats on the five-member board. To assist Dana Point voters with their decision, the Dana Point Times sat down with each candidate and asked them the same five questions. The Times will run their responses to those questions in the weeks leading up to our special election guide on Oct. 14.

This week, the Times asked each candidate, “How would you change the way Dana Point regulates sober living homes, if anything?”

The candidates’ responses are listed in the order their names will appear on the ballot.

Khalil said if elected, she would work toward regulating sober living homes, something she said the city does not currently do well enough.

She added that if the homes are being misused, then regulation needs to be put into place and adhered to.

She added that the homes also need to be treated differently than short-term rentals.

When asked if she would push for regulations at the municipal level or use her position on Council to push for state and federal intervention, Khalil said she would be in favor of pushing state legislators to enact enforceable laws.

“I think that with the Council, you would have to push it through state rules and have them regulate it,” Khalil said. “With that type of housing, you get a lot of greed and you get people taking advantage of the people that need the help.”

She added with regulation, people that are only “there for the profit” rather than helping others can be cut out.

Wyatt said regulating sober living homes “will be a challenge.”

“There are some very specific rules about sober living homes,” Wyatt said. “I do think trying to sort out the licensed and unlicensed ones is really important.”

He said regulating the unlicensed facilities can be “trickier.”

Wyatt believes that whether the facilities are regulated or not, they will “collapse under their own success.”

“Eventually someone is going to figure out they don’t actually work,” Wyatt said, adding that it’s unsustainable to have so many “people spend a lot of money to stay in a private house that doesn’t actually produce results.”

When asked if Wyatt would support lawsuits against local sober living homes, he said it would depend on the situation.

“I think it’s going to depend if they are truly a nuisance and if you have enough evidence,” Wyatt said. “There’s a whole set of policing that should happen and indeed if they’re creating a nuisance, then the city should check on that. You better have good data and something to baseline it against before you decide to go to court and declare something a nuisance.”

Lewis said she doesn’t believe the city is “in a position” to do anything yet regarding sober living homes.

“We don’t really have information,” Lewis said. “This area is in complete flux in the law; all we’re going to end up doing is getting more expensive litigation.”

She said she would like to see Dana Point get together with neighboring cities that are going through similar situations with sober living homes and pool resources to come up with “a beta approach.”

“Let’s poolall the money to defend it, let it wind its way through the courts, tweak it. Then when you put something in place, you have a pretty good idea that what you’re going to put in place is something that’s going to stand the test of the courts,” Lewis said. “And it might not even get there because you’ve done this whole foundation digging.”

She said that she believes the city needs to begin those conversations with other cities immediately, and protecting against litigation expands outside of sober living homes.

“As a lawyer, one of the things I’d like to do is get control of this litigation, and why is the city attorney that advises us the firm that litigates for us? That’s one of the things I want to see if we can do right away,” Lewis said.

When asked if she would change the way the city regulates sober living homes, Maynard said the community “has a responsibility” to allow such facilities.

“I think, legislatively, the state of California has (ruled cities must allow sober living homes),” Maynard said. “But from what I understand, the community doesn’t always know where they all are. They sort of find out as there’s a situation or a concern, that’s how some of them … are regulated. The state regulates them, and others…  I just think it all needs to be pulled together so when you say a sober living home, this is how it has to be.”

Maynard said she believes there needs to be local control.

“We need local control. But, I think that to have some possible state legislation under which there’s a minimum you have to conform to this, this, this and then the local communities are allowed to modify or enhance to what their community wants or needs,” Maynard said.

She said local control is important because not every city in the state is the same.

“We need the local (control) because we’re different than Downey, not to disparage anybody, but we’re this little beach community, and they’re out there and inland. You can’t say they’re all the same,” Maynard said.

“I don’t think anyone regulates sober living homes, which I guess is part of the problem,” Brough said.

She said she would like to have all levels of the government working together to address the issue.

Brough said she believes regulation of these homes needs to occur because they are not providing the services they claim they are.

“That’s not OK. That’s taking our citizens that are really vulnerable and taking advantage of them,” Brough said. “We need someone to work with them, and come up with a solution for Dana Point and its citizens as well as be legal. It’s a complicated issue.”

She added that “you can’t kick them out,” but you can ensure they are legitimate.

*The state ballot initiative that allowed those with non-violent drug convictions to receive probation instead of jail time.