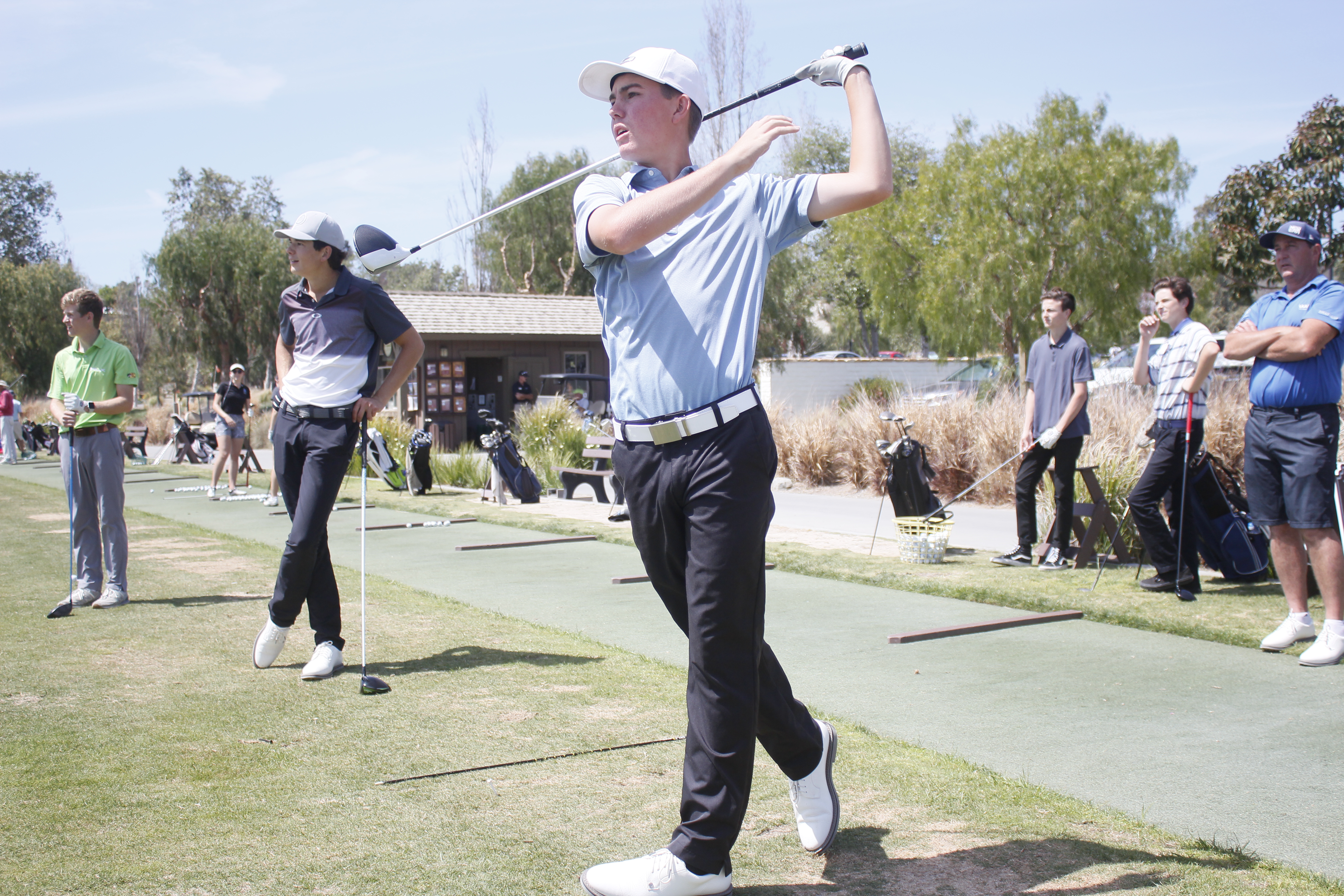 What makes the Dana Hills golf team successful is on full display at the driving range of the Arroyo Trabuco Golf Club.

It’s not necessarily the distance of their drives or the ping of the club thwacking the ball – but make no mistake, these kids can swing. It’s the nature of the entire exercise.

Juniors Quentin Hill and Connor Beveridge trade swings as Hill, a left-hander, and Beveridge, a right-hander, face-off against each other in their stances. They’re talking over form, laughing amongst themselves and their teammates lined up on the mats.

It’s the camaraderie that’s kept these Dolphins at the same level as their predecessors and led them to a fifth straight South Coast League title.

“We knew we’d be young, but these guys have been working hard to get their spot,” Dana Hills coach Glenn Forster said. “Started off slow and now they’re coming together. They’re all best friends, and they all play golf together six, seven days a week. It’s a really cool bond these kids have.”

Dana Hills opened its league slate with a split over four matches, 2-2, but after a one-stroke win over San Clemente, 193-194, at Bella Collina on April 10, the Dolphins won out through the rest of league. Dana Hills swept San Clemente and Aliso Niguel to earn the outright league championship.

“Ever since San Clemente, we really came together in that first match against them,” Hill said. “We had a lot of people pick it up when they needed too. We’ve all chipped in.”

“There hasn’t been one person that’s been carrying the team,” Forster said. “There’s a couple of kids that are really consistent, but anybody can go low on any day.”

Dana Hills now turns its attention to the postseason with the South Coast League Finals on Tuesday, May 1 and Wednesday, May 2, the CIF-SS individuals on May 7 and the CIF-SS team competition on May 15.

League finals are at Arroyo Trabuco, and while it’s not Dana Hills’ home course for matches, the Dolphins are more than familiar with the course.

“We all play here at Arroyo Trabuco weekly,” Hill said. “We know the course and had some success last year. Trying to build on that.”

Dana Hills will continue to build and look to maybe match the feats of the 2015 Dolphins and reach a CIF-SS championship.