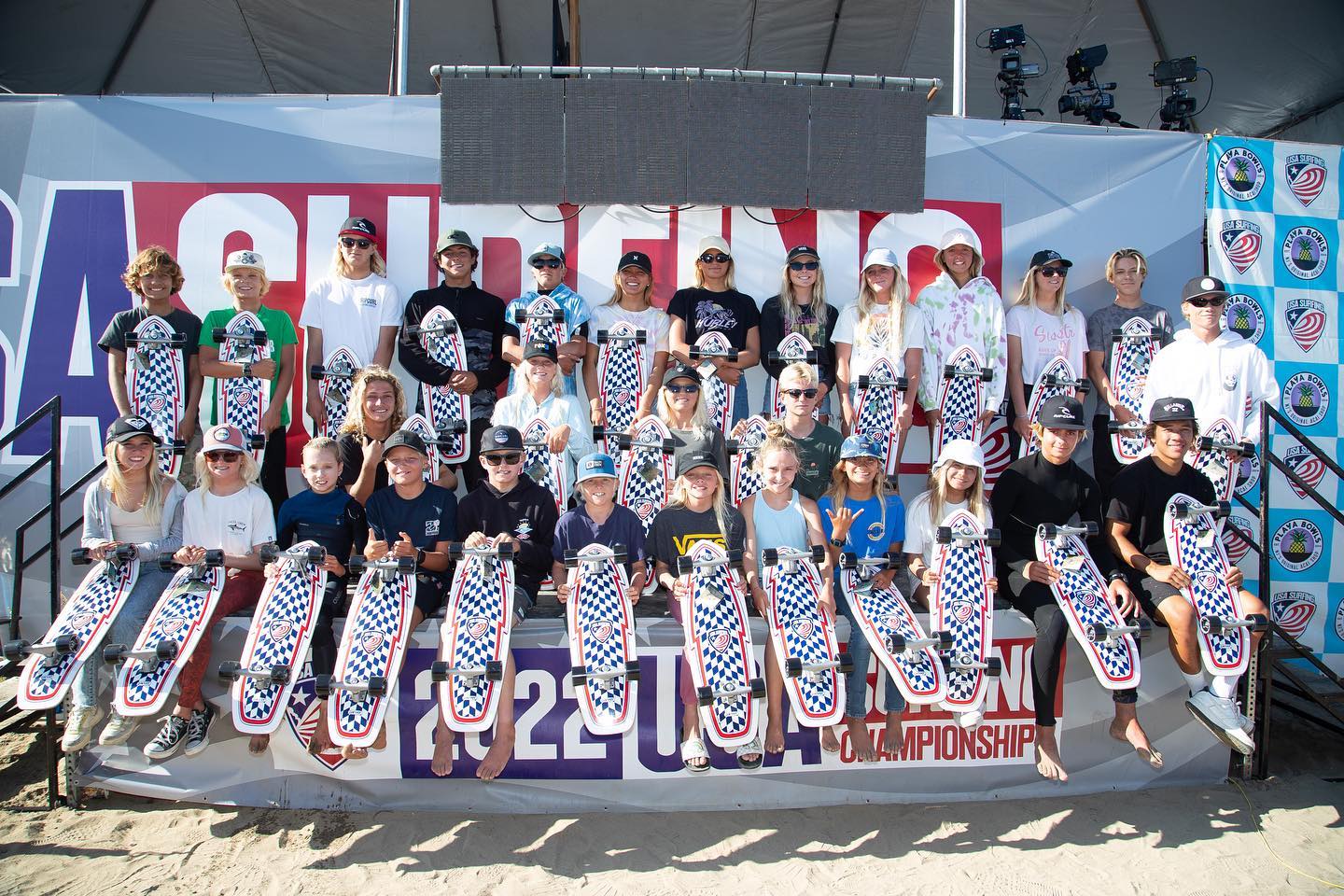 The next generation of talent delivers huge performances on national stages

There’s been a whole lot of winning goin’ on lately, as local rising stars have been lighting up the lineups from Salt Creek to Lower Trestles. And the good times are still rollin’ this week with the NSSA National Championships in Huntington Beach.

We’ll keep you posted on those results next week, but until then, let’s get caught up on all the action.

Last weekend, the 2022 USA Surfing Championships came to town, as the brightest young surfers in America battled it out in prime, summertime conditions at Lowers. Stealing the show was San Clemente’s Sawyer Lindblad, who successfully defended her Under 18 crown.

A back-to-back USA Surfing national champion, she’s now been making podiums at these events for the past five years.

And proving that the future of women’s surfing around here is deep, in the Under 14 division, the San Clemente duo Mia McLeish and Eden Walla finished 1 and 2 in a hard-fought final.

En route to a huge career victory, McLeish posted a 10-point right on a long Lowers right-hander, unleashing a battery of powerful, vertical backhand blasts to earn a perfect score from the judges.

On the men’s side of the draw, San Juan Capistrano’s Lucas Senkbeil-Cassity brought his best to Lowers, winning both the boys Under 14 and Under 16 divisions.

Back in May, when we featured Lucas as the Grom of the Week, we told you to keep an eye on him, and he most definitely delivered on a huge national stage.

San Clemente’s Cannon Carr also made the final of the Under 16 division, earning a very respectable fourth-place finish.

And just like the girls, the next generation of San Clemente boys looks to keep the tradition of excellence going. It was Zion Walla taking out the Under 12s, with his good buddy Tanner Sandvig taking fourth.

Of course, that’s not all. Prior to the USA Surfing Championships, the 2022 NSSA National Scholastic Championships went down in classic conditions at Salt Creek. Keeping their tradition of excellence going, San Clemente High’s varsity squad earned its 15th national title, while the JV team claimed its fifth.

Sweeping all three individual titles, it was Bryce Celaya (featured here as the Grom of the Week) taking out the JV men’s division, Ezra McPhillips winning the JV women and Nathan Langer topping the podium in JV longboard.

Additionally, Saddleback College won the NSSA National College Title, with four of their surfers ripping their way into various finals.

And, finally, Shorecliffs Middle School celebrated its incredible 17th national middle school title. Led by Kai Finn, who won the boys middle school national title, we highlighted the team in the Grom of the Week section last week, but we wanted to make sure they also got included here.

Congrats to all the surfers out there who put in the hard work and dedication to chase their dreams, pull on a jersey and get out there and compete.

As noted, we’ll keep you posted on the results from the NSSA National Championships going on in Huntington Beach this week. Stay tuned!