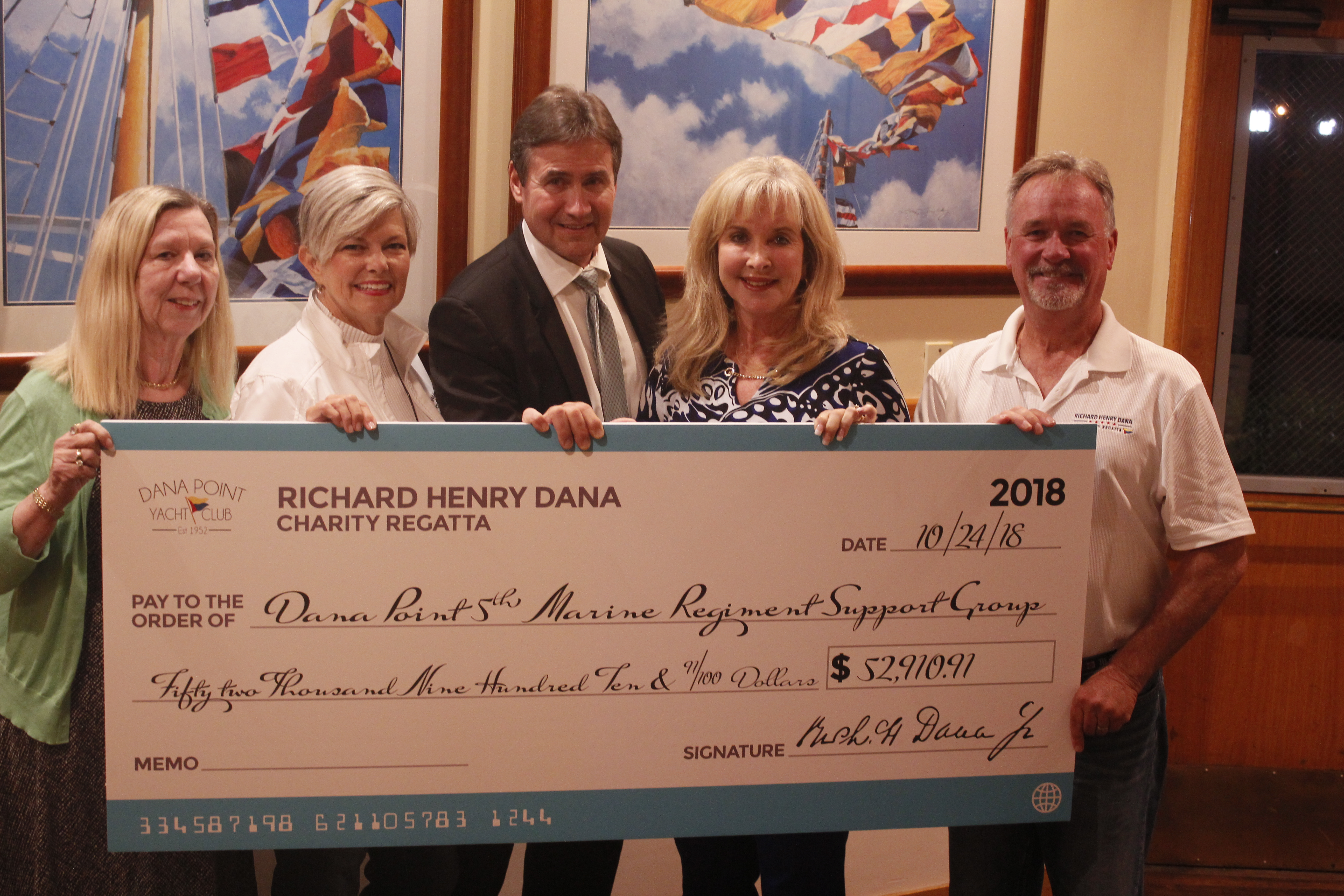 The Dana Point Yacht Club raised more than $50,000 for the Dana Point 5th Marine Regiment Support Group after the Richard Henry Dana Regatta was held in September, making it the largest donation the support organization has ever received in its 10 years of service. About 70 volunteers provided their service to seeing the event through.

The DPYC chooses a beneficiary each year for its annual fundraiser. The Dana Point 5th Marine Regiment Support Group was selected for its work in offering strong support to members of the military and their dependents.

“The organization works in a variety of ways to be a source of support for the military community. We mail comfort packages to members of the military deployed in the Middle East. We hold baby showers for military wives, offer camp scholarships for dependent children. We offer morale boosting events, organize holiday festivities,” said Terri Rifkin, President of the Dana Point 5th Marine Regiment Support Group. “It’s important for us as a nation to work to provide community support to our members of service.”

The fundraising event included a silent and live auction, a two-day sailing regatta, standup paddleboard and outrigger races, and raffles.

After the success of this year’s fundraiser, the DPYC Board of Directors voted to extend the program for another two years. Anyone interested in making additional donations can contact DPYC at www.dpyc.org and specify that the donation is for the Dana Point 5th Marine Regiment Support Group.